Breaking news from Cambodia can be found here. CEO often finds Khmer news and translates it into English for our readers if it is interesting to expats, locals, Cambodians living abroad and anyone who wants to stay informed of the latest local and international news stories about Cambodia and our neighbors in South East Asia. There are many sources for Khmer news articles and they can all be found here in one place. Most of the media comes out of Phnom Penh, Siem Reap or Sihanoukville, but we cover national Cambodian news from all provinces.
Post Reply Previous topicNext topic
57 posts 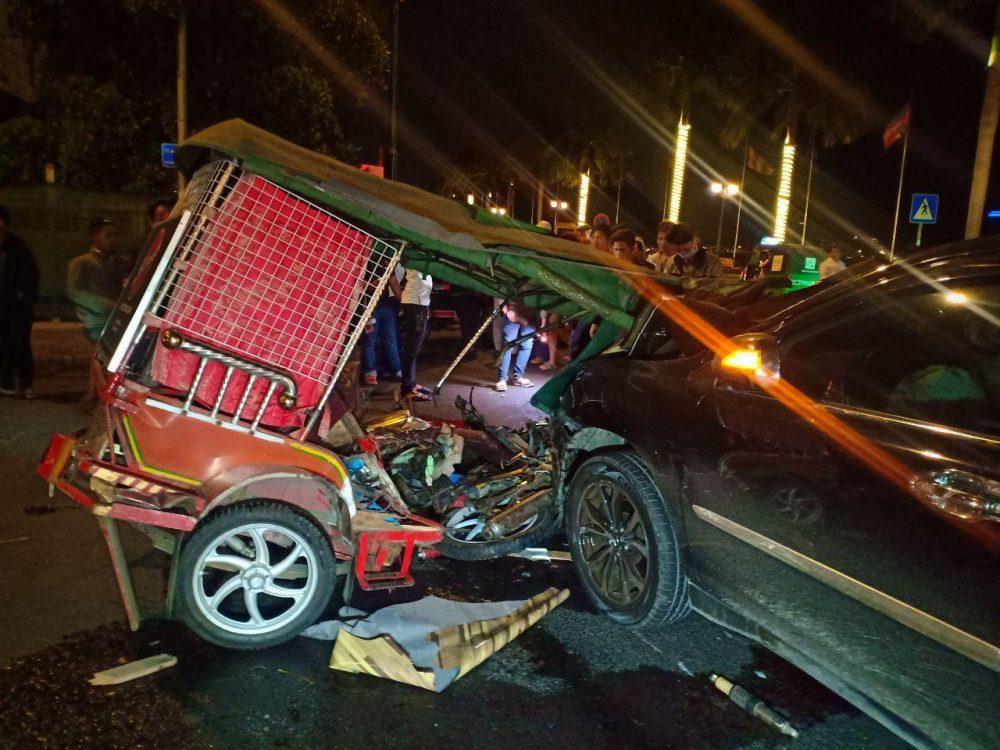 A witness said that, at around 3am a tuk-tuk with two foreign passengers was driving on Preah Sisowath Quay in a north to south direction in front of the Royal Palace in the riverfront area of Phnom Penh. Suddenly, a Lexus RX330 plate no. PP2A-5853 drove up at high speed and smashed directly into the tuktuk, and incidentally hitting a nearby parked motorbike.

One of the foreign passengers in the tuk-tuk was killed instantly at the accident scene, while the other foreigner and the tuk-tuk driver were sent to hospital, gravely injured. The victims of the fatal accident have now been identified below.

After the incident, the police went to check the accident scene and impounded both vehicles to keep at the police station. The police are attempting to contact the victims' families. 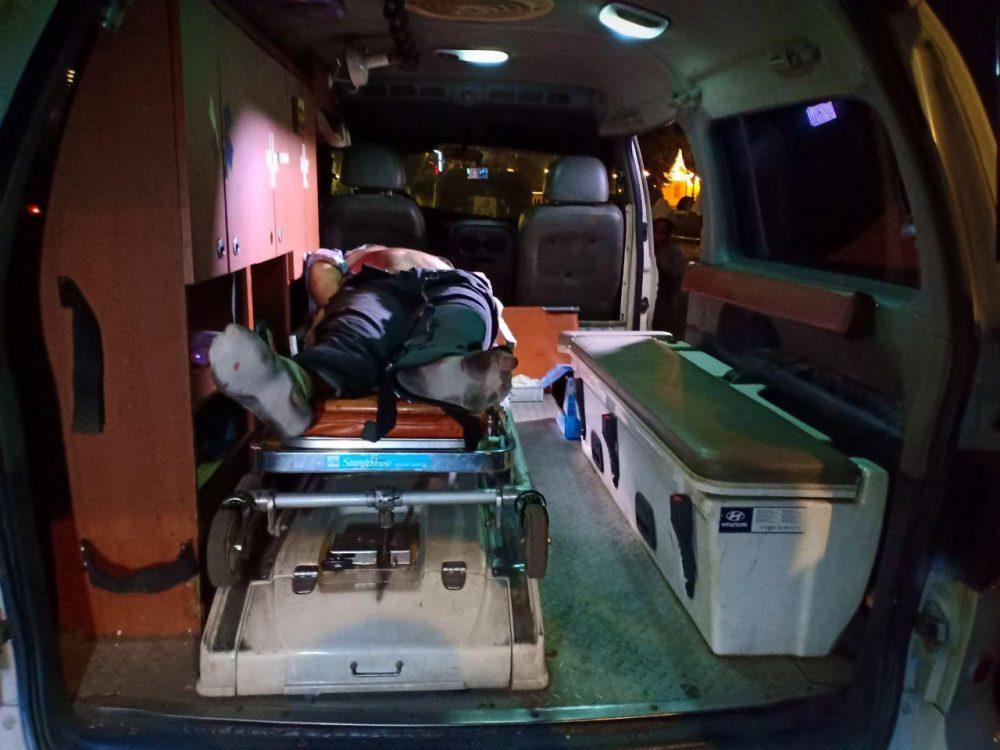 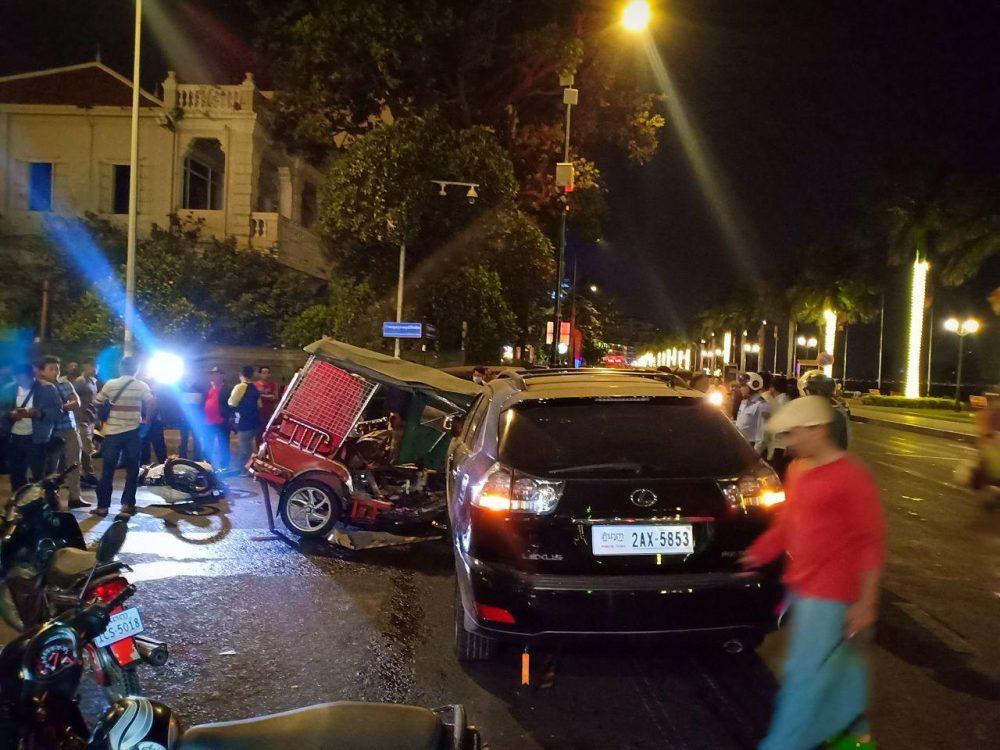 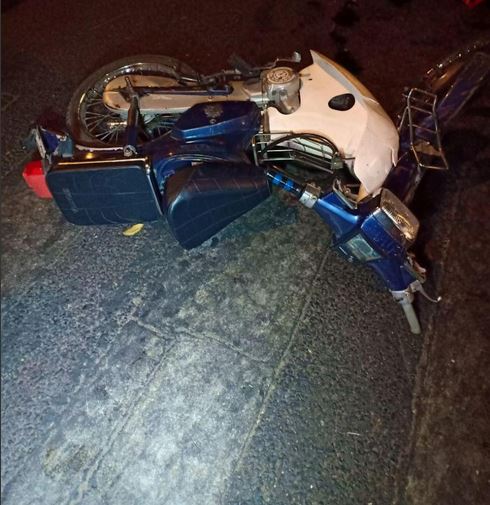 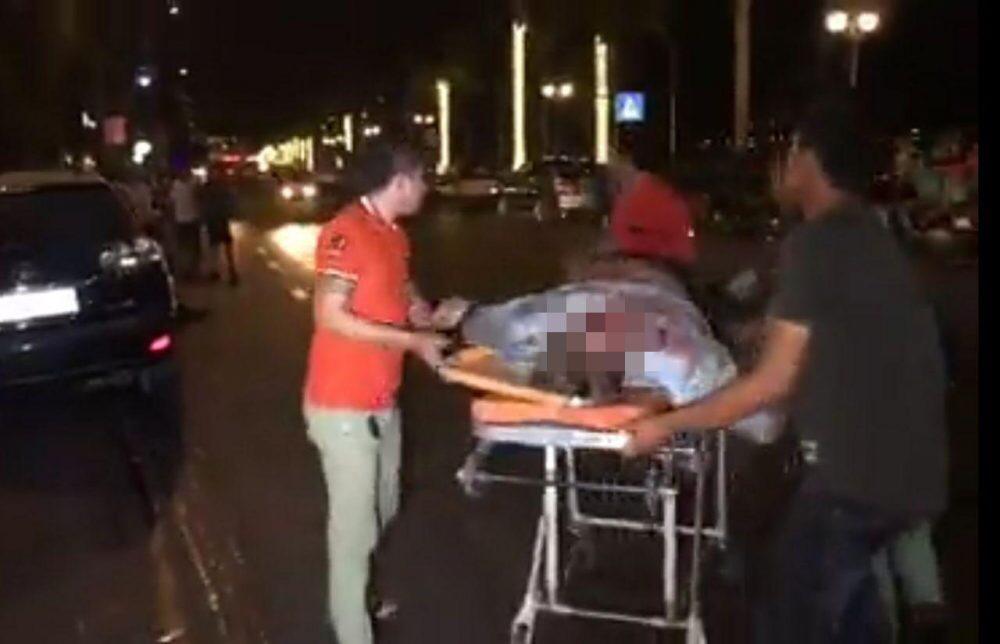 The foreigners who died in the crash have been identified as ARTUU JOHANNES HIETA and LASSE MIKAEL APAJASALMI, who had a driver's license from Thailand on him, from Finland. More detailed information about the crash, including graphic and horrific images and video footage from the scene, can be found in the CEO News Darknet Forum. 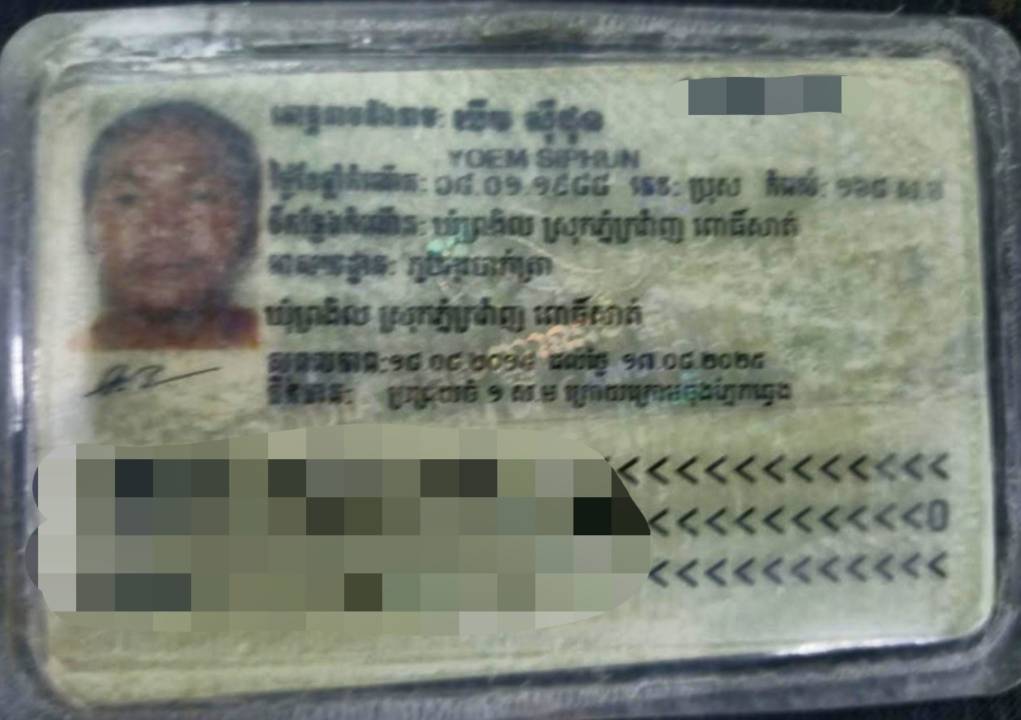 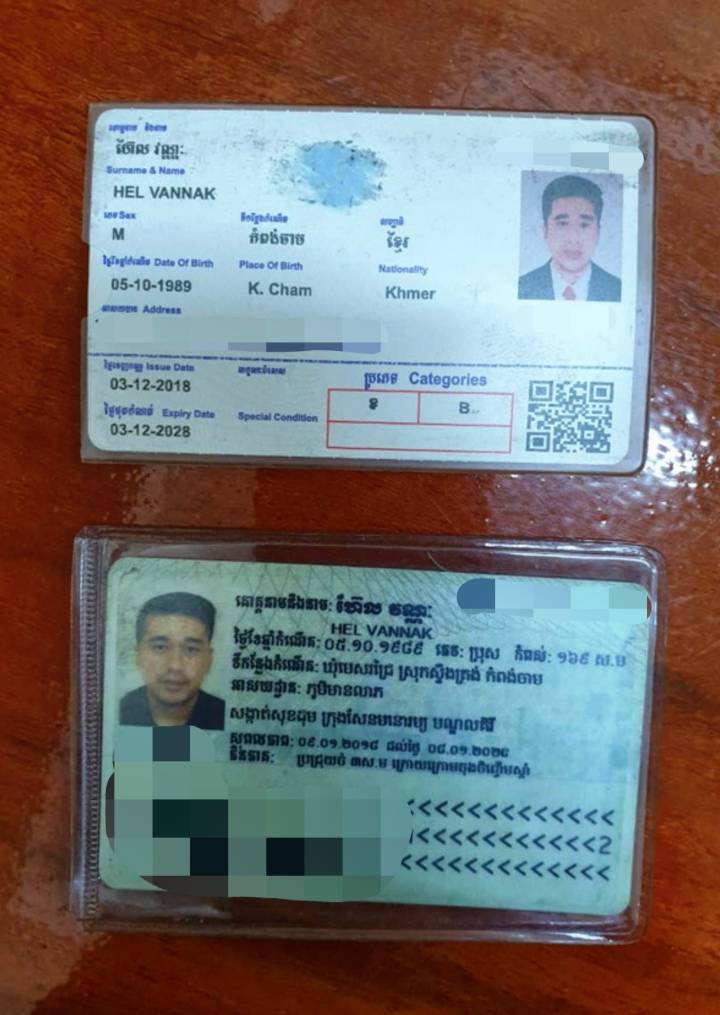 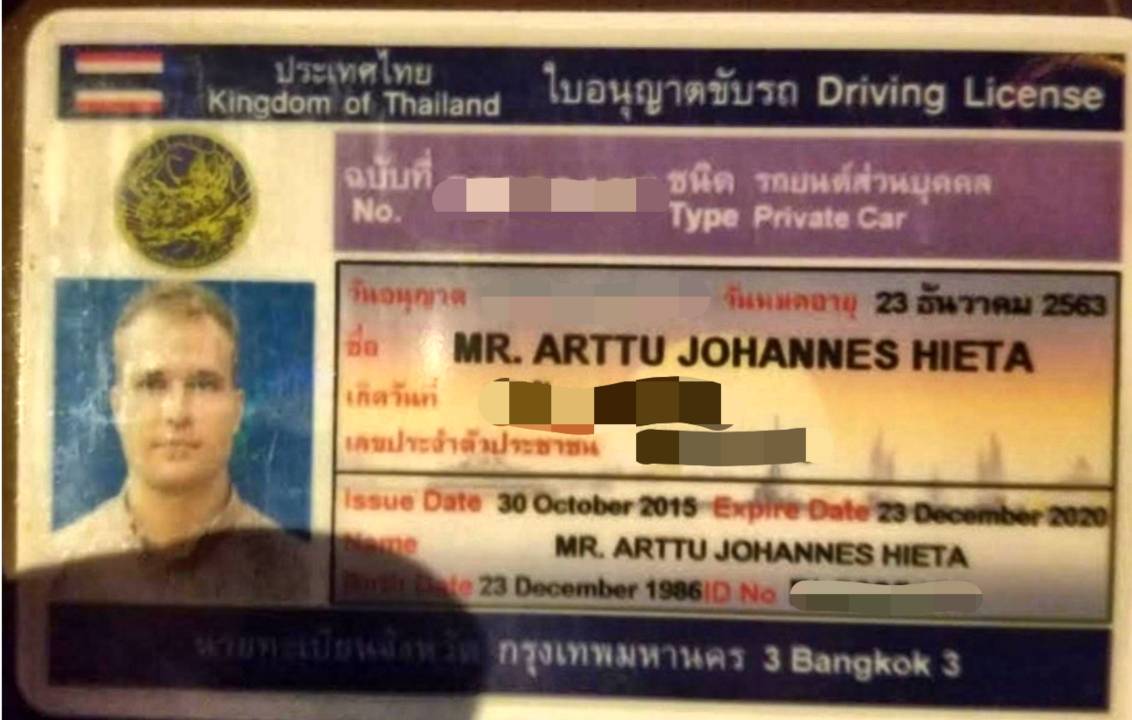 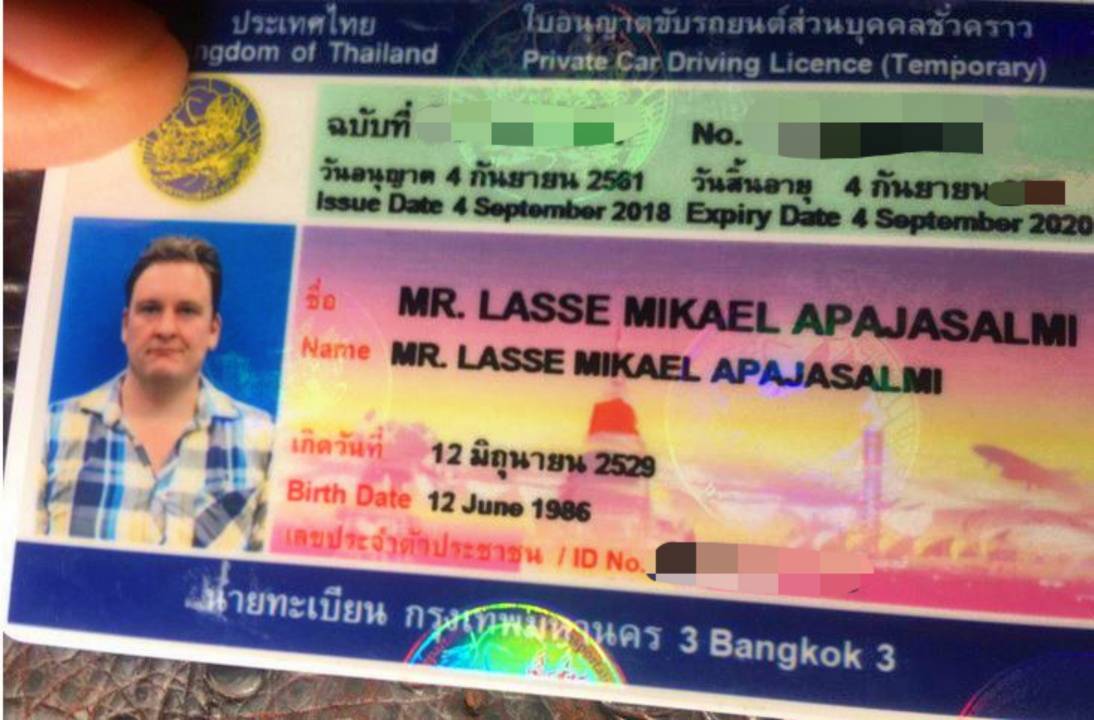 There is no Finland Embassy in Phnom Penh, Cambodia and the closest one is in Bangkok, Thailand.

Condolences to the families of the deceased and friends of Lasse Apajasalmi and Artuu Hieta in Finland and around the world.
Cambodia Expats Online: Bringing you breaking news from Cambodia before you read it anywhere else!

What became of the driver of the Lexus?
Top

Maybe “it could ruin people’s reputation”.if it was published.
Top

UPDATE: Latest news says that the three men who were in the tuktuk have died; the two foreigners died at the accident scene and the tuktuk driver passed away after being transported to Calmette Hospital.

Witnesses say that the Lexus hit the tuktuk at high speed, dragging it almost 50 metres down the road, leaving a scene of absolute carnage with the dead and injured bodies of the tuktuk occupants on the road.

The Lexus driver, who is reported to have been drunk at the time of the accident, remained at the scene and is being held by Daun Penh police.
Currently, the three deceased were transported by car to the Stung Meanchey Pagoda. Their identities have not been released as police search to contact the families. Terrible news. RIP.
Cambodia Expats Online: Bringing you breaking news from Cambodia before you read it anywhere else!

Wow, awful. Although my days of being out until 3am are way behind me this is one of those, "could have happened to me" moments. three people just going about their day a fun Friday night out and killed destroying lives all because of one selfish stupid drunk/ Horrific, RIP to all those concerned and condolences to their families
Top

I'm sorry for the tuktuk drivers who need to earn a living but safety must come first. In the drunken hours, use a car taxi and put on your seat belt. They don't cost any more than tuktuks.
Top

Agreed, and being on the Riverfront, its 'a bit to close to home'. I stopped taking either my bike or car out when going out for a drink (I too was stupid) but using PassAPP or Tuk Tuk's isn't such a good idea either. Thankfully we do have the cars from Grab as an option now.
Top

Even 15 years ago, when I still liked partying (and there was a lot less traffic), I always rented a car if I hit the town for the night. Never felt safe in Tuk-tuks in the wee hours of the morning.
Top