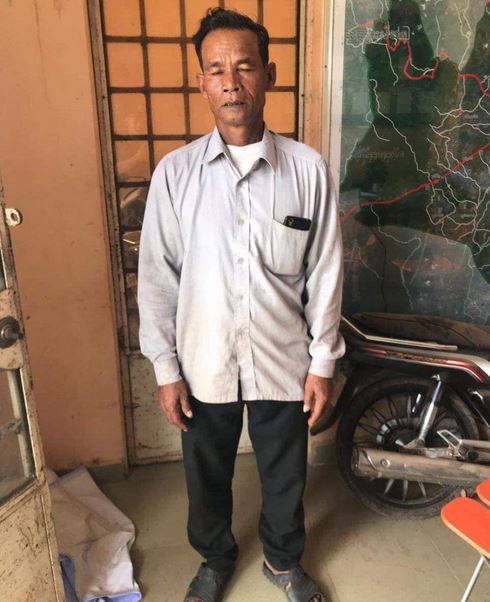 Kampong Speu, Cambodia News: A 59-year-old farmer, Van Oeun, was detained by police after he attacked two cows with a sharp stick, causing them injury, in Srol village, Phnom Sroch district, Kampong Speu. The cows belong to a neighbor of his, 55-year-old Sath Soeun.

The accused man and his neighbor have a cow problem. It seems that the neighbor's cows are coming over to Mr Oeun's farm and eating all his mangoes. So the last time he caught the cows eating his mangoes, Mr Oeun got a big stick and thrashed them. The cow owner was angry that his cows were injured, so he filed a complaint with local police.
The mango farmer ran away to escape, but police captured him a day later when he returned home and sent him to the police station.

was he growing weed?
Top

"No motha fucka goin be eaten them mangos but me" he mumbled to himself while grabbing his cow thrashing device
The KOW, where the wonder never ends. "I wonder why..?"
Top

I feel sorry about the cows, in the most times, animals are innocent, specially the harmless animals. If he really had bold, go attack the owner, prob he knew he wouldn’t win.
Top
Post Reply Previous topicNext topic
5 posts • Page 1 of 1