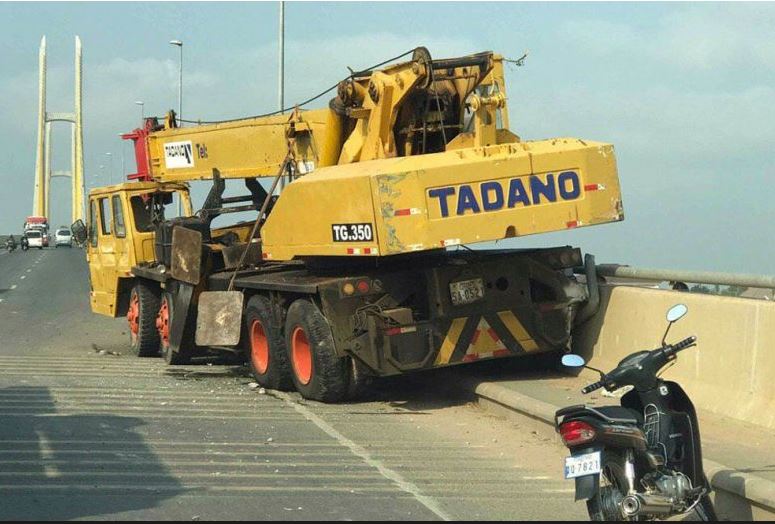 Ten tonne crane slams into bridge
17 January 2019 | 08:40 ICT
The external barrier wall of National Road 1’s Tsubasa Bridge, commonly known as the Neak Loeung Bridge, was damaged on Tuesday after being struck by a “10 to 20 tonne” mobile crane.

A truck was towing the crane when the towrope broke, sending it careering into the concrete barrier, Un Sophanarith, Peamro district deputy police chief in charge of traffic, told The Post on Wednesday. No one was injured.

Damage to the bridge ran approximately 12m, with a section of the concrete barrier hit so hard that the steel reinforcing bars were exposed. 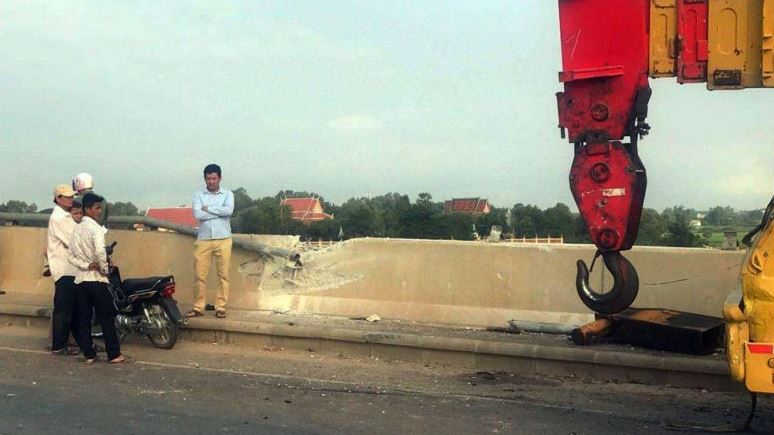 The owner of the crane is yet to be identified.

Sophanarith said he had inspected the scene of the accident, adding that the crane had been impounded by Peamro district police and was awaiting the owner to claim it.
https://www.phnompenhpost.com/national/ ... ams-bridge
Cambodia Expats Online: Bringing you breaking news from Cambodia before you read it anywhere else!