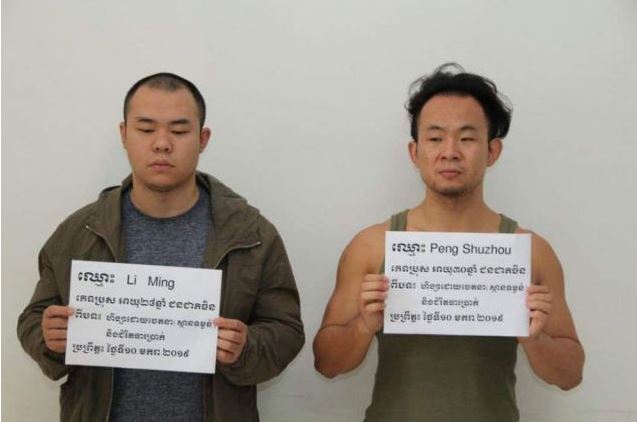 Poipet City, Cambodia News: On 10 January, 2019, on the orders of Meas Chanpiseth, Prosecutor of the Court of First Instance, police led a search for suspects in an episode of kidnapping with violence against a Chinese national, Hoi Kue, in Poipet on 4 January 2019.
The suspects were identified as two Chinese men, 28-year-old Li Ming, and Peng-ShuzHou, 30 years old, living in the Borean Sean Ho casinos in the village of Kim Lot 4, Poipet City. 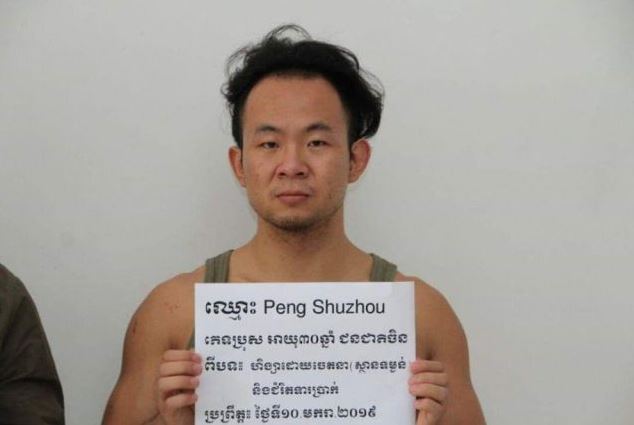 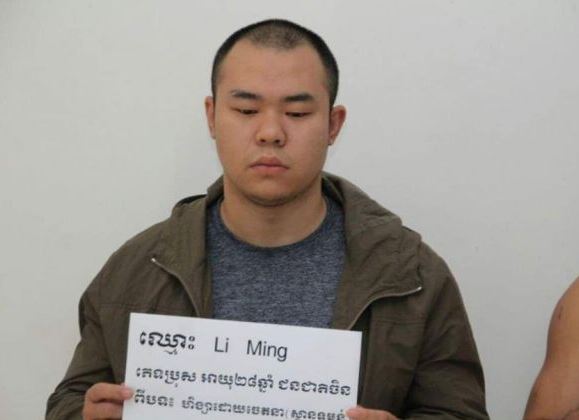 A police spokesman said that after questioning the suspects they confessed that they had used violence against the victim, following the orders of their Chinese boss named Ariel. As a result, the Poipet gendarmarie are searching to detain the alleged mastermind, Ariel, for further questioning.
The victim, who was severely wounded by the two heavies, has been sent to a Thai hospital.

According to a report by the Royal Gendarmerie of the Poipet City Police Station, the suspects will be charged with aggravated assault and extortion. Officers have set up a case to send the suspects to court for trial.
Cambodia Expats Online: Bringing you breaking news from Cambodia before you read it anywhere else!