Discussions about restaurants, cafes, coffee shops or bars in Cambodia. Feel free to write any reviews you have, whether its the best burger you've had in Phnom Penh or the worse pizza in sihanoukville, we want to read it! Discussions about Khmer dishes are also in here, or you can leave your own. If you own a restaurant, feel free to let the expat community know about it here so that we can come check it out. Found a favorite cafe or have a place we should avoid? Tell us about it. Asian recipes & questions are always welcome.
Post Reply Previous topicNext topic
2 posts • Page 1 of 1

Cambodian woman’s Khmer cuisine now a big hit in Japan
27 December 2018
The 38 year old – mother of an 18-year-old daughter and 14-year-old son – told The Post: “I moved to Japan after I got married in 1998. I opened the ‘Cambodian’s Family Cuisine, Siem Reap’ just over eight years ago.” 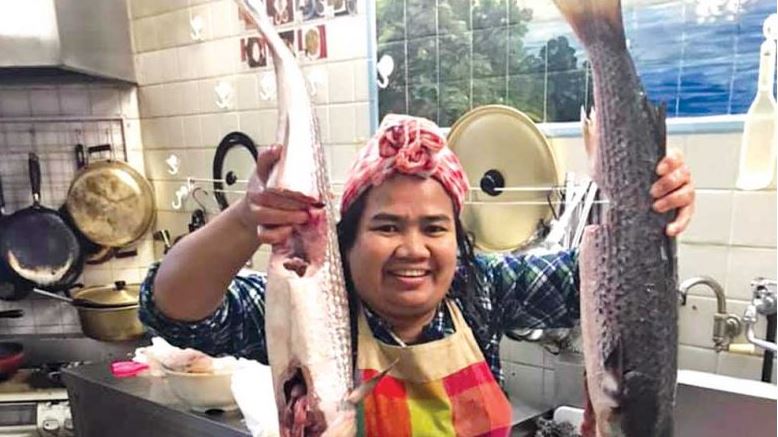 After starting a new chapter with her husband in Japan, a country world renowned for its food, her Cambodian cuisine soon began winning the hearts of Japanese diners.

Samlor kokor, which literally translates as “stirring soup”, is the star among 27 dishes on her menu. The rich, nutritious dish is cooked using fish or chicken, with aubergine, green papaya, pumpkin, greens, pounded fried rice grains and spices.

“Samlor kokor and Khmer curry are among the top favourites with my customers, especially Cambodian people staying in Japan. Other popular dishes here are fried squid with Kampot green pepper, rice with curry soup and fried mixed vegetables,” she said.

But the typical Cambodian breakfast of steamed rice with pork is the top seller. Sros says Japanese people like the simple meal.
https://www.phnompenhpost.com/post-life ... -hit-japan
Cambodia Expats Online: Bringing you breaking news from Cambodia before you read it anywhere else!