This is a part of our Cambodia forums to chat about anything Cambodia-related. This discussion forum is at the top of our site because it's usually the busiest part of the expat community chatter with random topics on just about everything, including expat life, Khmer politics, Cambodian blogs we have or have come across, or whatever else our members want to discuss. Whether you're an expatriate, tourist, Cambodian or random traveler just passing through South East Asia, you are welcome to talk about anything or start new topics yourselves.
Post Reply Previous topicNext topic
30 posts

It's not the meat, it's the nitrates. The meat industry have manipulated information on this for a long time, see The Guardian article "Yes, bacon is really killing us"
https://www.theguardian.com/news/2018/m ... s-sausages
Eat parma ham, it contains no nitrates.
Top

Very contentious this.
Are nitrates a significant risk factor in human cancer?Forman D Cancer Surv. 1989;8(2):443-58.
The human evidence relating nitrate exposure to cancer, especially gastric cancer, has been largely based on geographic correlation studies, a relatively weak form of epidemiological methodology. In sum, this evidence and that from a small number of individually based studies does not support the hypothesis of a straightforward cause and effect association between nitrate exposure and cancer risk. Because many other factors besides nitrate are involved in the endogenous formation of N-nitrosation compounds, it is possible that exposure to nitrate is not a rate-limiting factor in most circumstances. https://www.ncbi.nlm.nih.gov/pubmed/2696589

Dietary Nitrates, Nitrites, and Nitrosamines Intake and the Risk of Gastric Cancer: A Meta-AnalysisNutrients. 2015 Dec; 7(12): 9872–9895. Published online 2015 Dec 1
So far, numerous epidemiologic studies have been published which attempted to assess the potential risk of gastric cancer about the dietary nitrates, nitrites, and nitrosamines intake, but yielded discrepant findings. It would be of interest to evaluate, on the basis of current epidemiologic data, whether consumption of nitrates, nitrites, and NDMA had an effect on gastric carcinogenesis. To clarify their relations, we systematically reviewed all the available evidence and conducted a meta-analysis.

In summary, this meta-analysis suggested that dietary nitrates intake was associated with a reduced risk of gastric cancer, and high consumption of nitrites and NDMA could increase the risk. Considering the limitations and confounding factors, we could not absolutely confirm the reliability of these findings. More well-designed large prospective studies are needed to help us understand these substances in the etiology of gastric cancer.https://www.ncbi.nlm.nih.gov/pmc/articles/PMC4690057/


The Nitrate and Nitrite Myth: Another Reason Not To Fear BaconChris Kresser, M.S., L.Ac This is more a perspective of a person practicing alternative medicine. Not in the same league of the above studies IMO but does cite some good studies.
In general, the bulk of the science suggests that nitrates and nitrites are not problematic and may even be beneficial to health. Critical reviews of the original evidence suggesting that nitrates/nitrites are carcinogenic reveals that in the absence of co-administration of a carcinogenic nitrosamine precursor, there is no evidence for carcinogenesis. (7) Newly published prospective studies show no association between estimated intake of nitrite and nitrite in the diet and stomach cancer. (8) Nitric oxide, formed by nitrite, has been shown to have vasodilator properties and may modulate platelet function in the human body, improving blood pressure and reducing heart attack risk. (9, 10, 11) Nitrates may also help boost the immune system and protect against pathogenic bacteria (12, 13, 14)
Top 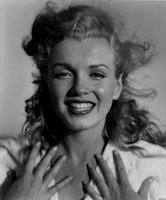 Nitrates. Is there a specific kind of bacon to buy that is healthier? Perhaps less salt or other things you can look for?
The Doctor will see you now.
Top

Question of the day:

Which is worse for your health, bacon or sausages?
Jennifer Bowden09:10, Nov 30 2018
This story was originally published by the Listener and is republished with permission.

QUESTION: I'm surprised sausages were lumped in with bacon in the recent Nutrition column about processed meats, especially as the quantity discussed suggests half a sausage is equivalent to two rashers of bacon, unless someone is piling the same preservatives into sausages in the same proportions as bacon. I'd be grateful for any clarification, as I like the odd sausage but avoid bacon.

ANSWER: Weekend brunches may be somewhat fraught nowadays, given the news that processed meats such as bacon and sausages are carcinogenic to humans. You're not alone in your concern about the health risks of these meats. That column continues to generate questions from a number of sausage- and bacon-loving readers. So which is worse – bacon or sausages?

To recap – after reviewing hundreds of studies, the International Agency for Research on Cancer (IARC) concluded there was "sufficient evidence" to classify processed meat as "carcinogenic to humans" given the evidence it causes colorectal cancer. The agency defines processed meat as "hot dogs [frankfurters], ham, sausages, corned beef and biltong or beef jerky, as well as canned meat and meat-based preparations and sauces".

So the 50g serving examples given in the column were intended to provide an indication to readers of what 50g of processed meat looks like in real life.

We could try to surmise whether bacon or sausages are worse by looking at what agents within processed meat are causing these health problems. This is likely to include their preservatives, such as the nitrates used by manufacturers, which can form carcinogenic N-nitroso compounds.

However, other factors may also contribute, including the high salt content of processed meats and how the meat is cooked; for example, if sausages are burnt on the barbecue, this can produce carcinogenic compounds such as polycyclic aromatic hydrocarbons.

The fact that processed meats are typically derived from red meats may also be a factor, as there is limited evidence to suggest even lean red meat is "probably carcinogenic to humans", notes the IARC.

But even if bacon does contain higher levels of harmful preservatives and salt than sausages, we still need to consider the typical "dose" of processed meat in the context of your diet. Consuming two sausages for a meal is fairly standard for an adult, and that would equate to 200g of processed meat. In bacon terms, 200g is eight rashers, far more than most adults would consume in a sitting.

So even if bacon did contain a greater concentration of all the various harmful compounds (and we don't know that for sure), we typically eat less bacon per sitting than sausages. So which presents the bigger health risk? A big serving of sausages or a smaller serving of bacon?

We simply don't have the data to answer that question yet. That makes it impossible to say whether sausages are less or more of a hazard than bacon.
https://www.stuff.co.nz/life-style/well ... r-sausages
Cambodia Expats Online: Bringing you breaking news from Cambodia before you read it anywhere else!

https://r.search.yahoo.com/_ylt=Awr9Dsh ... tw207rjWQ-
Cambodia,,,, Don't fall in love with her.
Like the spoilt child she is, she will not be happy till she destroys herself from within and breaks your heart.
Top

David Stearn wrote: ↑
Sat Mar 31, 2018 9:22 am
Nitrates. Is there a specific kind of bacon to buy that is healthier? Perhaps less salt or other things you can look for?


The experts say it's the nitrates. So we need nitrate-free bacon, but not sure that you can find that in Cambodia.

Anyone know ?
I had bacon for breakfast this morning. Damn.

The reputation of the meat industry will sink to that of big tobacco unless it removes cancer-causing chemicals from processed products such as bacon and ham, a coalition of experts and politicians warn today.

Led by Professor Chris Elliott, the food scientist who ran the UK government’s investigation into the horse-meat scandal, and Dr Aseem Malhotra, a cardiologist, the coalition claims there is a “consensus of scientific opinion” that the nitrites used to cure meats produce carcinogens called nitrosamines when ingested.

It says there is evidence that consumption of processed meats containing these chemicals results in 6,600 bowel cancer cases every year in the UK – four times the fatalities on British roads – and is campaigning for the issue to be taken as seriously as sugar levels in food.

“Government action to remove nitrites from processed meats should not be far away,” Malhotra said. “Nor can a day of reckoning for those who dispute the incontrovertible facts. The meat industry must act fast, act now – or be condemned to a similar reputational blow to that dealt to tobacco.”

In 2015 the World Health Organisation published evidence that linked processed meats to 34,000 cases of colorectal cancer worldwide each year – and identified nitrites and nitrosamines as the likely cause.

Two studies published this year have also raised concerns. Glasgow University researchers collated data from 262,195 British women that suggested reducing processed meat consumption could cut a woman’s risk of developing breast cancer. And a John Hopkins University School of Medicine in the US study suggested a direct link between nitrites and the onset of mental health problems. Its 10-year analysis of more than 1,000 people found patients taken to hospital with manic episodes were three times more likely to have recently eaten nitrite-cured meat.
https://www.theguardian.com/food/2018/d ... perts-warn
Top

The way i look at it is that food is food .

Healthy or not its better than no food.
Top
Post Reply Previous topicNext topic
30 posts