Just survived the pre-wedding yesterday. It met all expectations and then some .. slept like a log afterwards.

Day started early. Missus went to do the make up around 6 am with plans they I join her around 8 am at the costume shop.

Little did I know that this stuff is a family affair in the KOW. A cargo van was rented out with to serve as people mover, and mobile changing studio. 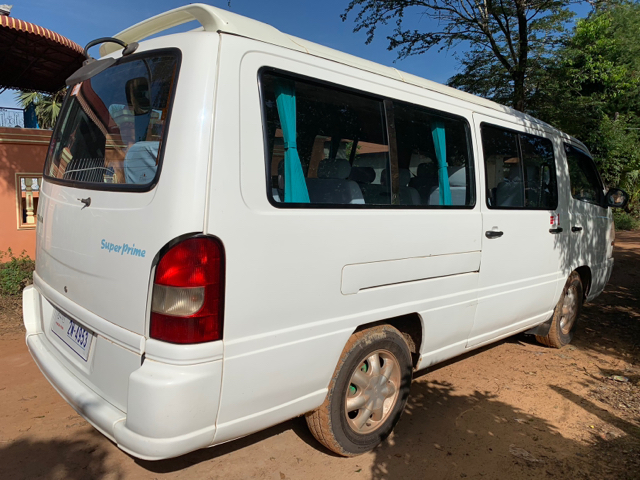 Packing underway. A box of rice, drinks, and food for many. 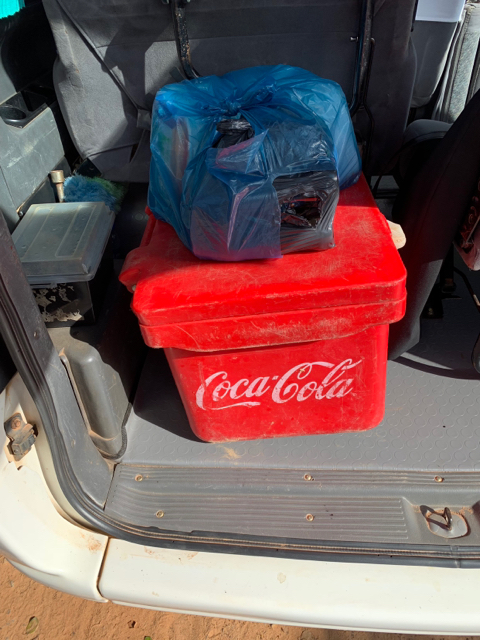 I dutifully went in t-shirt and sleeping shorts as instructed. Brought along a suit, tie, dress shirt, and pants since my size I’ve been told that the shop doesn’t have my size. Maybe not in the KOW. Well maybe not in the province.

Full van, would get even more full. A couple of families plus the make up studio people. 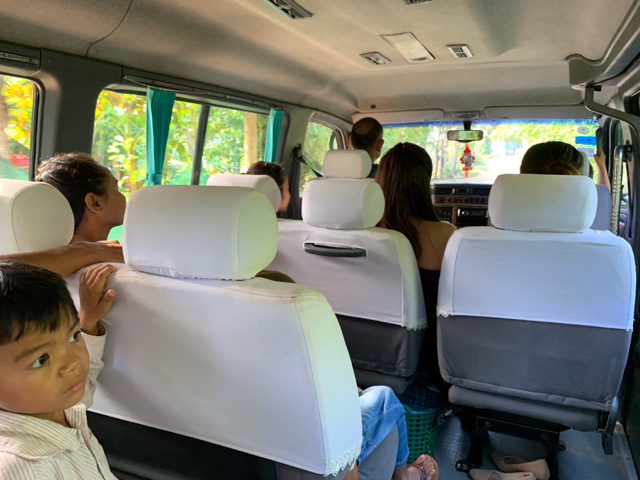 Arrived at the costume shop. A combo make up, fake jewelry, and clothes shop. 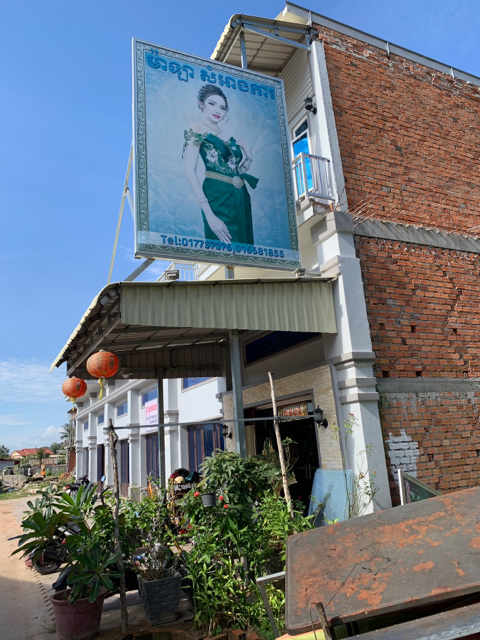 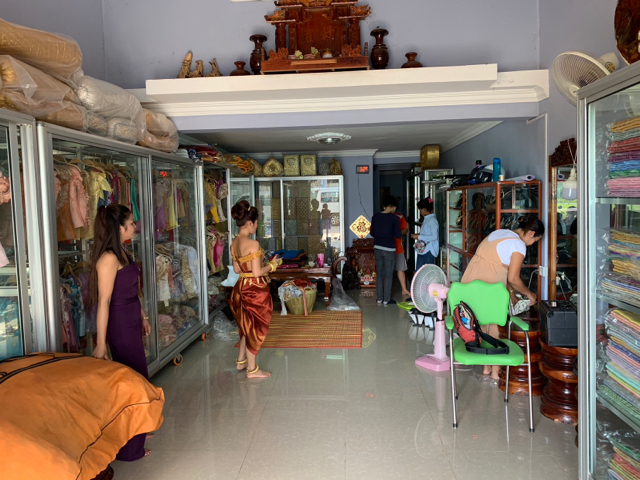 Look at all piles of fake jewelry that she’s forced to wear. Not just hands, but large amounts on the feet, chest, and neck too. And changed up for each different photo shoot. I put on the one piece of long cloth that’s wrapped around to form shorts, and suck in the gut to fit the belt and necklace. 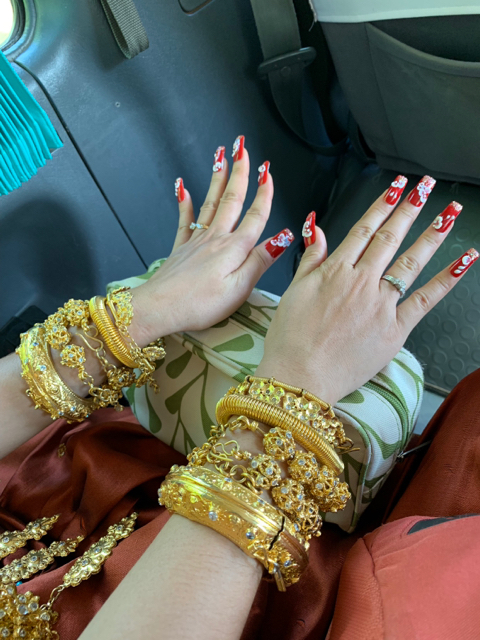 After we were both gussied up, off to the first shoot at Siem Reap city park. It’s the one next to the King’s palace, just past the neon sign entrance and traffic circle.

If you saw an barang profusely sweating in a khmer monkey suit yesterday, that was me.

As soon as we started shooting, a few bus loads of Chinese tourists came out. Made a beeline towards us and started taking photos and videos of us getting our pictures taken. So there was an audience of the families plus tourists watching the local attraction - namely me. One other couple was there. They got in and got out. Me? On the other hand missus was getting frustrated with me. My grasp of Khmer isn’t so great. Mostly Khmer with a spattering of English instructions such as ‘hand down’ or ‘kiss’ or ‘look’, etc. is just confusing to me. Anyways, the photographers got what they needed and then it was on to Bayon.

At Bayon, stopped to set up the changing station. Actually, it’s just a straw mat placed in the parking lot. A luggage with all the outfits, boxes of costume
jewelry and makeup is piled on time. Then crowned with a chair for missus to sit on. The family set a another mat and started feasting. 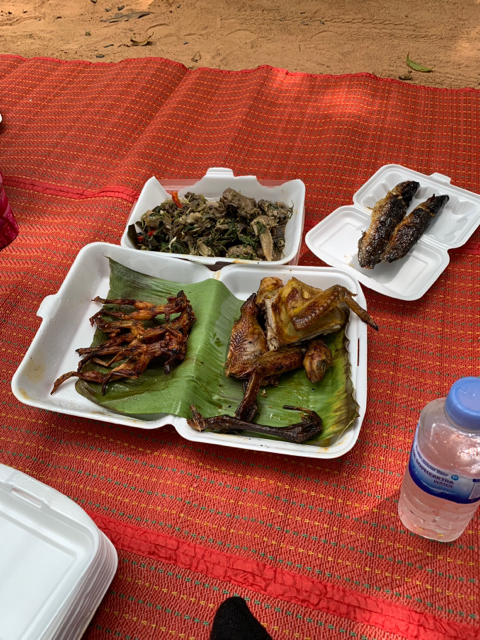 Of course, tourists coming to see Bayon diverted and made a beeline to photograph and video missus. This time, Europeans. Another round of photos and videos.

After finishing with Bayon, moved on the Sra Srang. This time, no tourists. More family arrived for feasting, part 2. Hammock was set up, and drinks passed out. The local villagers came out in force to gawk at missus. 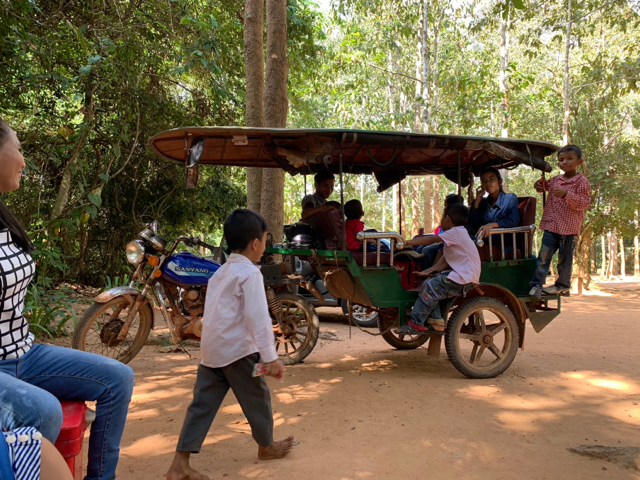 Sra Srang is all about the boats. Another one piece cloth bunched up into Khmer shorts. This is time, the assistant does the job. It’s so good, that it starts falling as I start walking the road to the boat dock. 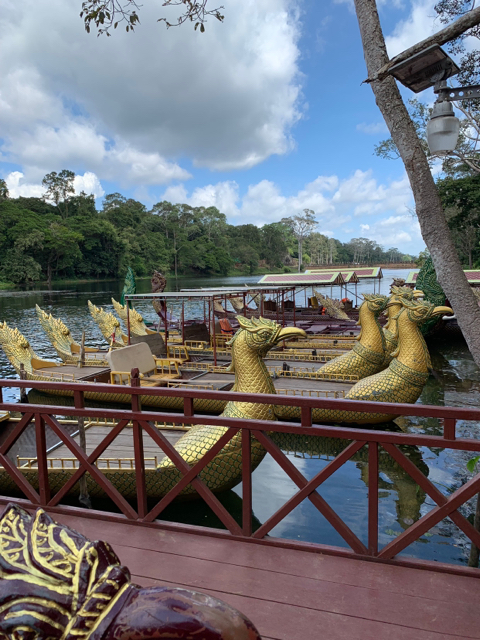 A boat is brought out of the dock, and spun around so pictures can be taken on all sides. Of course it’s held at the very tip by one person. I was afraid he’d lose his grip and we’d be having a free trip out, sans paddles or life vests.

Finally, on to the last location, Angkor Thom. Or to be more precise, the back gate of the temple. The top of the back gate. This is the last one! Missus changes into a costume wedding dress and I in suit and tie. Perched precariously up the hill that forms the back gate, listening to commands in Khmer and half English, trying to look cool, with sweat pouring down everywhere.

After the last photo is taken, small drops of rain start pouring out. Everyone makes a run for the van or tuk tuk. Decided after such a long day, to go to a local restaurant. 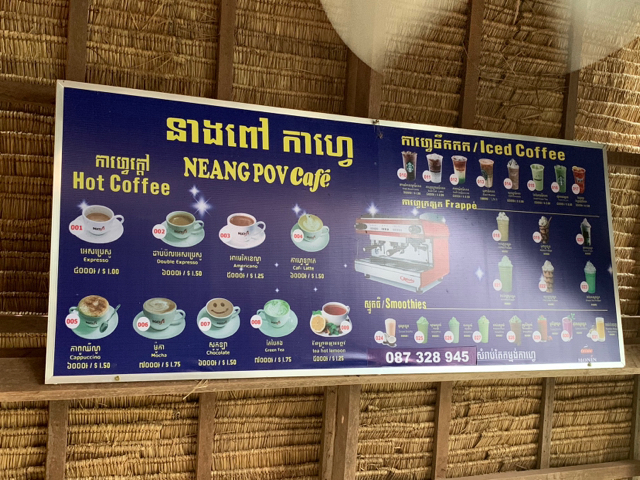 Then the skies opened up. 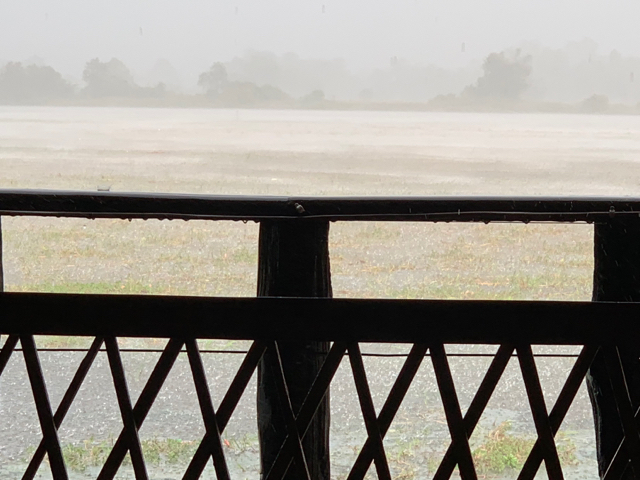 Rain came in so hard that every inside got liquid sunshine. Add some ban cheav, fried rice, meatballs, and drinks, and a good time had by all.

Tomorrow’s task. Handing out invites. This is only missus’ pile. 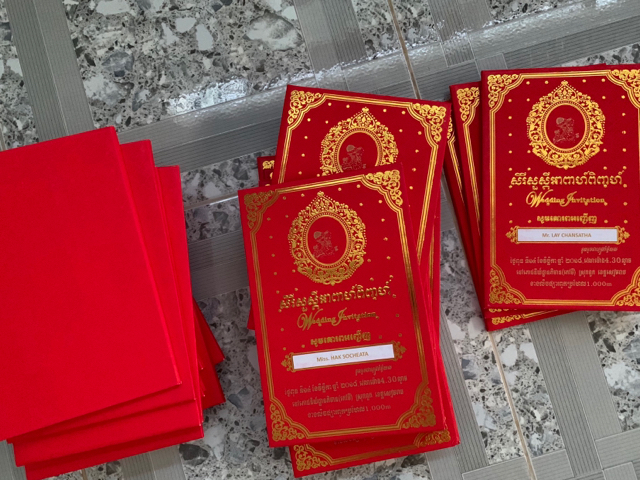 Since there is no postal system, the only way is hand delivery (and in some cases, Facebook).
Top
Post Reply Previous topicNext topic
1 post • Page 1 of 1