If you have something so weird, strange or off-topic to post and think it doesn't belong in any other forum; you're probably right. Please put all your gormless, half-baked, inane, glaikit ideas in here. This might also be a place where we throw threads that appear elsewhere that don't belong ANYWHERE end up, instead of having to flush them. FORUM RULES STILL APPLY.
Post Reply Previous topicNext topic
8 posts • Page 1 of 1

Unlike the TORIES FOR CORBYN episode* - no money is involved and you do NOT need to give your reason for saying you want to see Jezbollah on the ballot.

As for Mz Eagle, she deserves all our bitterest curses NOT as an Oxford graduate or a rug-muncher but as an MP who was dumb enough to be fooled by
Bush-Bliar into voting for the Iraq War.
Top

Here is the TORIES FOR CORBYN episode - well, just ONE version of it ...

One remembers when Bloodstained Bliar - the still unbloodies - ran against Margaret Beckett and John Prescott as Labour leader and almost ALL the press coverage told us how very handsome, couth, well-dressed, smooth and glib he was. [Unlike the other two - rather unkindly compared by some to Rosa Klebb and Jabba the Hutt.]
Top 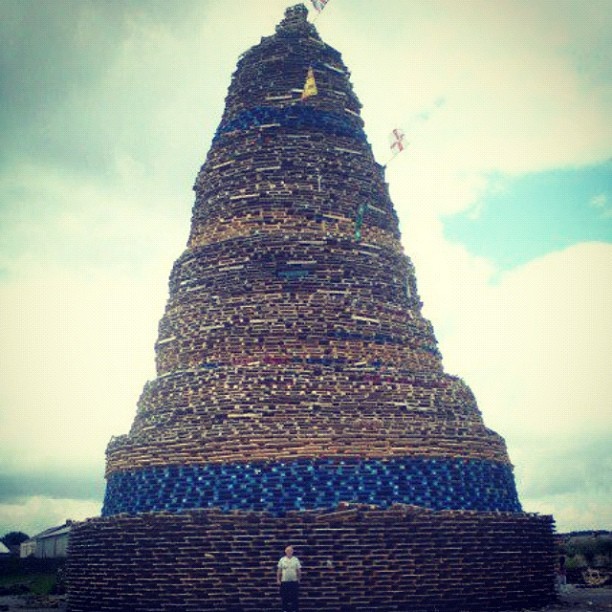 The picture posted by JB must have mystified many.

Those stacked pallets in Norn Iron make a massive bonfire to mark the 12th July, the anniversary of the Battle of the Boyne in 1690

"Nobody this side of the Irish Sea has even heard of your King Billy and your 'Prentice Boys of Derry!"
Top

Battle of the Boyne - a load of Dutch people beat some Frenchies.
Top

I've never met anyone in Britain that celebrates July 12. They celebrate it on a different island.
Top

Users browsing this forum: No registered users and 63 guests