6 July 2018
(CNN)At least 34 people have been confirmed dead in a ferry sinking off the coast of Indonesia's South Sulawesi province.
Images from the scene Tuesday showed passengers in bright orange life vests clinging to the side of the KM Lestari Maju as it tilted sharply into the water not far from the coast of Bulukumba regency, near Selayar Island. 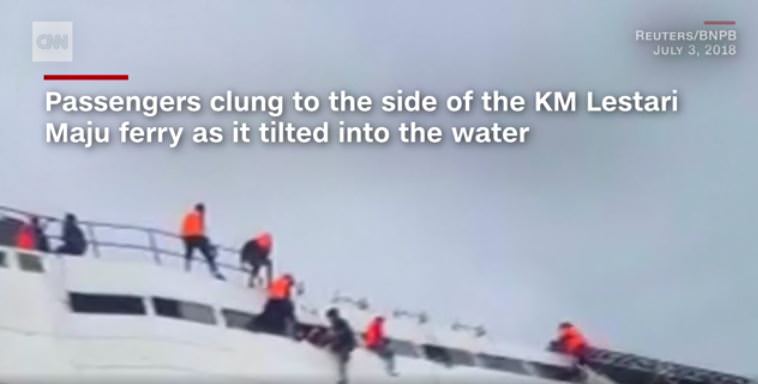 A leak on board the port side of the ship caused it to quickly run into trouble on rough seas.

As the boat began taking on water, the captain of the ship steered the vessel toward the nearby Selayar Island, and deliberately crashed it in the shallows to save as many lives as possible, according to Sutopo Purwo Nugroho, spokesman for Indonesia's disaster management agency.
At the time of the crash, the boat was filled over capacity, with a total of 189 passengers. Cars, buses and trucks were also on board at the time. Authorities said 155 people had managed to swim or be pulled to safety.
https://edition.cnn.com/2018/07/04/asia ... index.html
Cambodia Expats Online: Bringing you breaking news from Cambodia before you read it anywhere else!