Ask us anything. Cambodia Expat's Online has a huge community of long term expats that can answer any question you may have about life in Cambodia. Have some questions you want to ask before you move to Cambodia? Ask them here. Our community can also answer any questions you have about how to find a job or what kind of work is available for expats in Cambodia, whether you're looking for info about Phnom Penh, Siem Reap or anywhere else in the Kingdom. Don't be shy, ask CEO's members anything!
Post Reply Previous topicNext topic
8 posts • Page 1 of 1

Does anyone know any history about the colonial mansion on st.178, across from the museum?: 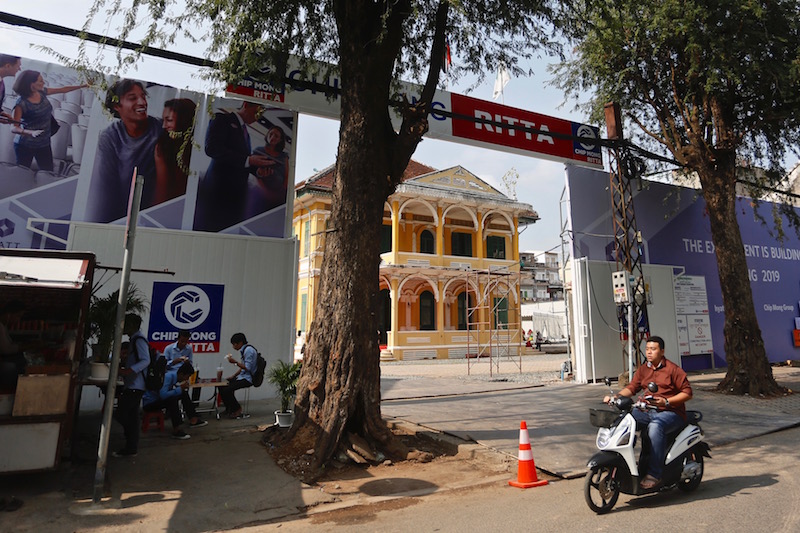 Hyatt hotels are building a hotel on the plot (hopefully low rise, tasteful, and preserving the french architecture)

Prior to that it was an insurance company, and before that in the 1990's a high end restaurant.
But what was it during the colonial period? Who lived there etc?
Top

I've only seen it referred to as the 'royal villa' or 'old royal villa', but very little info besides that online.

It's listed #2 on the Khmer architecture tour map

"Royal Villa 1900-1910 One of the few remaining Royal Villas around the Palace; now used as an office."

A Hyatt Regency hotel slated to open across from the National Museum in 2020 will incorporate a French colonial mansion that once served as a royal villa, a Hyatt executive confirmed on Friday.

The Phnom Penh location will occupy a prime plot of riverside real estate at 55 Street 178 and will preserve a turn-of-the-century building that was at the center of a 2013 defamation case against a British journalist.

“There is an existing heritage building on the site which will be retained and form part of the hotel,” Monika Dubaj, Hyatt’s vice president of development, said in an email on Friday.

Ms. Dubaj would not disclose the cost of the project, saying that it was still in the design phase. A spokes­man for Chip Mong declined to comment.

Court records indicate that the mansion was originally built as a royal villa between 1900 and 1910. Shopkeepers on Street 178 gave conflicting accounts of the property’s recent history, but agreed that it had been purchased by Chip Mong.

“I moved here in 1979, and the building at the time belonged to a member of the royal family called Bin Dara. His name was on the electricity bill and the houses nearby all belonged to him,” said 78-year-old Lay Seng, who sells paintings, sculptures and other art from a storefront on the street.

Chip Mong “also bought the land behind my house and the neighbor’s,” said Mr. Seng, taking a break from his metalwork.

Dy Na, a 37-year-old employee at Theam’s House gallery, said Chip Mong had purchased the mansion last year. “Before that, it belonged to a government official,” he said. “He rented to foreigners to run businesses—an insurance company and an exhibition hall.”

Records from a 2013 defamation complaint filed by Etienne Che­­­nevier, director of CityStar Private Equity Asia, against British journalist Rupert Winchester, however, indicate the investment group already owned the building at the time.

The complaint against Mr. Winchester centered on a blog post he wrote, which Mr. Chenevier later said had “implied explicitly that CityStar is going to knock down the house to build a seven-story condominium.” Mr. Chenevier called the condo claim a “complete fabrication.”

Mr. Winchester, a former property editor for The Phnom Penh Post, was ordered in 2014 to pay $25,000 in damages to Mr. Chenevier. Reporters Without Borders criticized the verdict by the Phnom Penh Municipal Court for its potential to chill online speech.

Art historian Reaksmey Yean said he worried that it would be difficult to maintain the mansion’s elegant historical legacy during the property’s transformation.

The new hotel “can’t compare and will never be able to compare” with the “luxuriousness of this particular building,” Mr. Yean wrote in a Facebook message on Friday.


I'd hope the hotel will have more info on the history, having chosen to keep and restore it, much like 'The House on Sathorn' at W hotel in Bangkok thehouseonsathorn.com/en/history
Top

This isn’t the same place is it?
Top

@John Bingham might know something.
... give 'em a quick, short, sharp shock ...

This isn’t the same place is it?

No, around the corner on 178, opposite the museum/fine arts university.

Before the hoarding went up:
https://goo.gl/maps/Nwy9dRkZ8cN2
Top

Just off the top of my head I believe it was a royal residence. It was a particularly nice example of an early 20th century villa/ administrative building. It had a generous amount of land around it. The idea was to preserve the old building and use it as the lobby for the hotel that is being built around it. They had to pretty much build a cage around it because they dug a few floors deep for the underground car park. It's difficult to get a clear view of it now but there is nothing much left of the original structure. It seems they have just kept the rebar columns and are planning to rebuild the rest. That makes me wonder what the point is. It was a beautiful building. 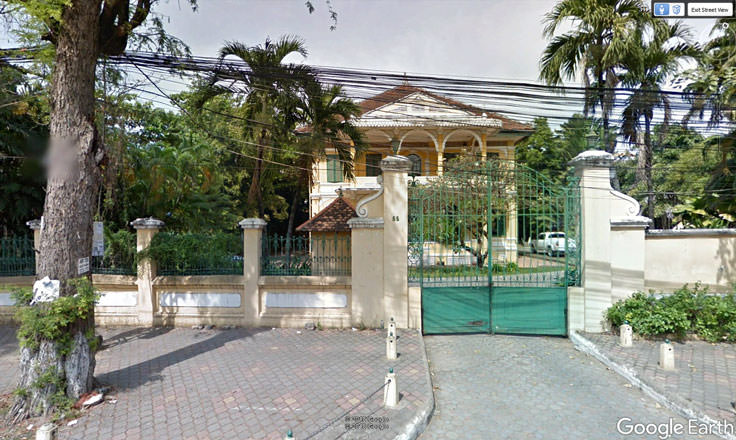 They will keep the outside walls only. They demolished everything inside already.

This how it was few months ago:

And this will be the end result:

It was the Cafe No Problem in the UNTAC period, from 1992 --> There was a splendid wooden bar in the anteroom that served generous vodka tonics and pillows all around where you could sit on the floor at low tables. When the pet gibbon that my housemate bought from a poacher became uncontrollable, he donated it to the restaurant and they kept it, sadly, in a cage outside under a tree. Before 1975, my understanding from someone who visited the home in the early 1970s, is that it belonged to Prince [Sisowath?] Phurissara, and that it had been constructed as a residence for lesser royals in 1905.
Top
Post Reply Previous topicNext topic
8 posts • Page 1 of 1