Breaking news from Cambodia can be found here. CEO often finds Khmer news and translates it into English for our readers if it is interesting to expats, locals, Cambodians living abroad and anyone who wants to stay informed of the latest local and international news stories about Cambodia and our neighbors in South East Asia. There are many sources for Khmer news articles and they can all be found here in one place. Most of the media comes out of Phnom Penh, Siem Reap or Sihanoukville, but we cover national Cambodian news from all provinces.
Post Reply Previous topicNext topic
94 posts

10 June 2018
KRATIE - Despite the fact that illegal logging has allegedly been stopped in Kratie province, reports say that there are many motorbikes and small vehicles carrying wood to stockpile it near the border, awaiting transport by truck after nightfall.
According to these same reports, it would be very easy for any competent authority to locate the warehouses where the wood is being stored, as they are in plain sight. 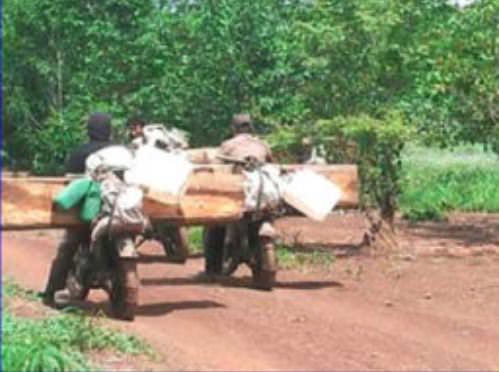 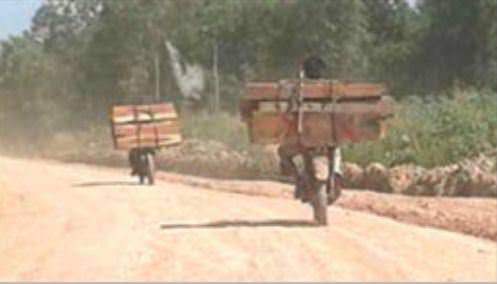 There has recently been a new governor elected for Kratie province, but it is unclear whether or not this will have any impact on the illegal logging business with Vietnam.
Cambodia Expats Online: Bringing you breaking news from Cambodia before you read it anywhere else!

Better late than never, or too little too late ?

Project to boost conservation
2 hours ago

The Mekong River Commission and the Japan International Cooperation Agency have launched a joint study on forest conservation and river basin management in the lower Mekong aimed at improving management and environmental conservation of the area.

The study was launched last Friday at a meeting in Laos where the MRC and JICA signed the project’s memorandum of cooperation in the presence of 40 officials from both sides.

The project will cover five Mekong countries including Cambodia, Laos, Myanmar, Thailand, and Vietnam and will finish in March 2019.

Financed by the Japanese government, the project aims to determine forest cover in the Mekong basin and to contribute to environmental conservation of the area.

“The project allows us to gauge the current state of forest cover and conservation in our member states and Myanmar and provide countermeasures in terms of policy recommendations for quality basin-wide management for forest preservation,” MRC CEO Pham Tuan Phan said.

Eang Sophalleth, spokesman at the Ministry of Environment, applauded the project.

Activist Heng Sros told RFA’s Khmer Service that workers from Vietnam routinely enter Vireak Chey to log trees of at least 500 centimeters (16.5 feet) in diameter with chainsaws, and transport the timber to six depots operated by Vietnamese companies on the outskirts of the park.

“Around Vireak Chey National Park, during the rainy season, they [the companies] send their workers [from inside Vietnam] to cut trees, and during the summer time they export the illegally logged timber via trucks across the border to Vietnam,” he said.

Heng Sros said Cambodian border guards are complicit in the scheme, and suggested that if they did not act to stop the logging, the old growth trees in Vireak Chey “will be completely gone in the near future.”

In the meantime, he said, the guards “carefully prevent anyone from walking around because they want to make sure that nobody sees or takes pictures of the trucks exporting the illegal timber” through recently opened border gates at Taveng and Andaung Meas districts in Rattanakiri.
http://radiokhmer.org/cambodias-vireak- ... -activist/
Cambodia Expats Online: Bringing you breaking news from Cambodia before you read it anywhere else!

Forest crimes are up, as elections occupy cops
11 July 2018
Activists in the northern provinces of Cambodia claimed on Tuesday that while police forces are busy providing security for the July 29 national elections, they are witnessing a worrying spike in forest crimes.

Forest protection activists say that illegal logging has been increasing as elections draw near, and that authorities have withdrawn police forest protection to concentrate on the electoral campaign. These allegations are denied by Ministry of the Environment officials.

Activists claim logging rampant before polls
20 July 2018
At least 66 resin trees in the Prey Preah Roka Wildlife Sanctuary in Preah Vihear province’s Tbeng Meanchey district, have been felled so far this month, according to environmental activists.
They say deforestation continues to grow unabated, as authorities suspended or cut the number of patrols in the lead-up to the July 29 national elections.

“Nowadays, companies are less involved in clearing forests. But our community is very worried about the perpetrators who migrate from other provinces and fell trees to sell.

“For instance, 66 resin trees in the community were felled, costing villagers much of their income,” he said.

Rights group Adhoc’s provincial coordinator Lor Chan said forest destruction continues every day, without the taking authorities action. He suspects some people must be tipping off the loggers.

“I noticed that when officers went on patrols, the logging operations suddenly stopped and the perpetrators returned to their homes."
“We do not know from where the loggers got the information [about when patrols would take place] and I do not dare accuse an official of conspiring with traders, “ he said.

However, Environment Ministry official Chin Monorith denied claims of widespread logging, saying people are preparing to go to the polls.
“It’s like there is no action. Rangers report daily and say it’s been quiet, nothing remarkable. I see our people preparing for the election,” he said.
https://www.phnompenhpost.com/national/ ... pant-polls
Cambodia Expats Online: Bringing you breaking news from Cambodia before you read it anywhere else!

Pursat Province, Cambodia news: Deforestation is occurring in the 1500 area with the destruction of large wood species which are 1.5m-2m, and sometimes even three meters or more, in width. Citizens report that they have seen a lot of human activity with loggers arriving to cut down trees in Veal Veng district, Pursat province.
The local people have expressed regret that these large trees are not being protected from destruction, and say they would support a crackdown; they want the competent authorities, as well as the provincial authorities, to take measures to protect the forest as a valuable natural resource. However, they also say that when they make a complaint, it is ignored by authorities; either they are not answering their telephones, or they say that the villagers' information must be incorrect, and ignore it. 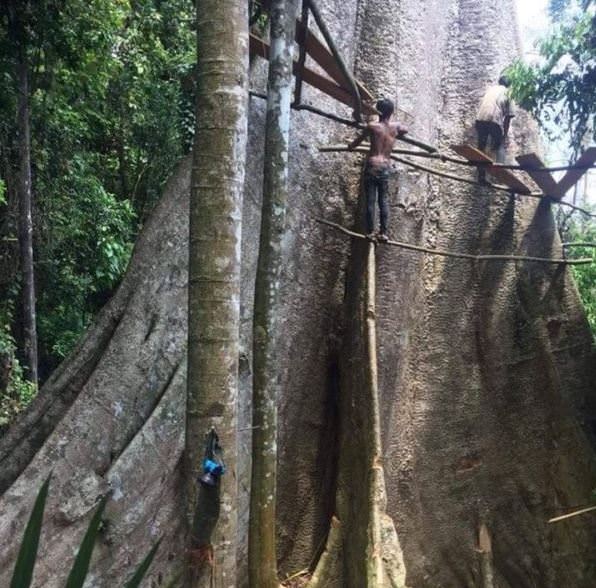 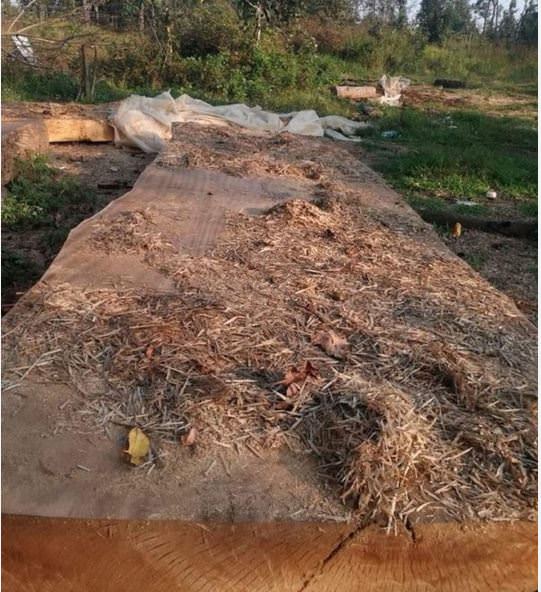 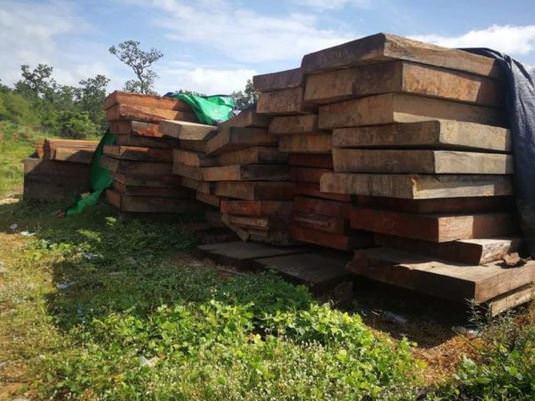 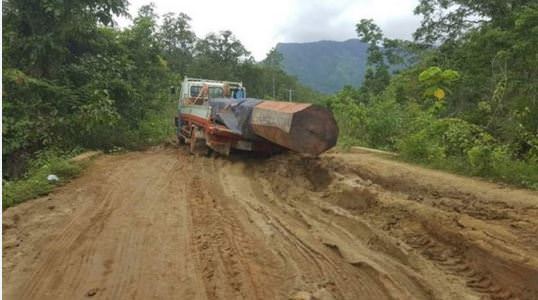 Must be fake news and photoshoped pics, cause we all know the illegal logging has stopped. Even the Ministry of ??????? will tell you those photoes were taken in 1997 by the KR.
Cambodia,,,, Don't fall in love with her.
Like the spoilt child she is, she will not be happy till she destroys herself from within and breaks your heart.
Top


I think the last local that did that was arrested for lowering the dignity of Khmer people, or something along those lines.

Anyways, the new masters don’t care. So why should they?
Top


I think the last local that did that was arrested for lowering the dignity of Khmer people, or something along those lines.

Anyways, the new masters don’t care. So why should they?

I was told that there's a new Carbon credit deal going through, apparently worth a couple of dollars but also linked to heavy fines if the investment is not protected.
I am skeptical but we shall see.