A woman is going around on social media claiming that police raided a bar on Pub Street in Siem Reap and rounded up all the white people.

According to her boyfriend, they drove them around and detained them for 12 hours before finally releasing them after demanding $500.

Expats seem skeptical of her claims. 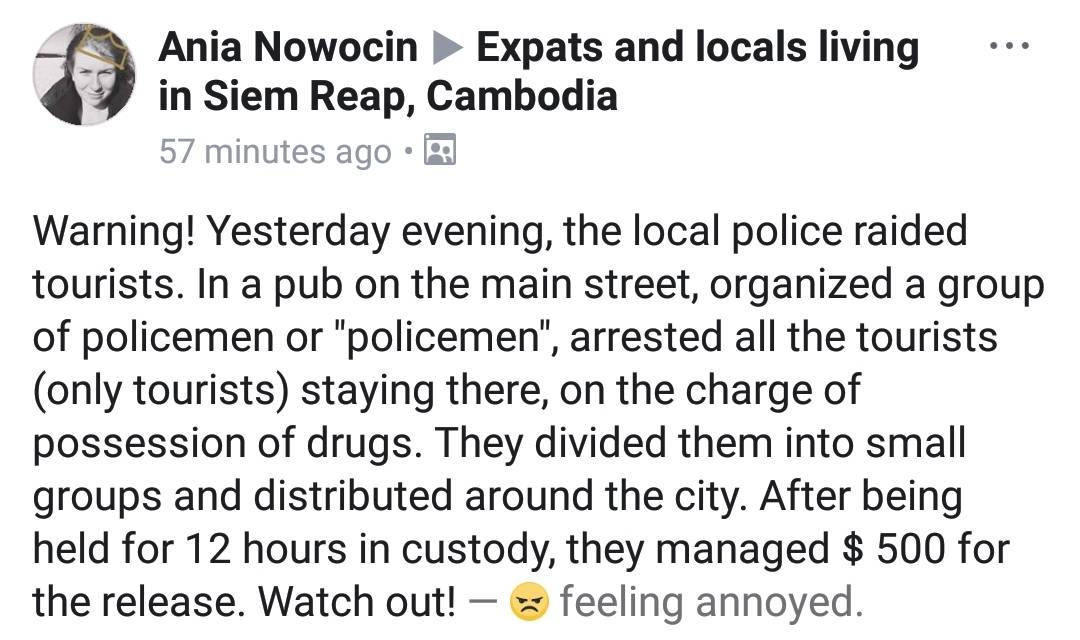 'Warning! Yesterday evening, the local police raided tourists. In a pub on the main street, organized a group of policemen or "policemen", arrested all the tourists (only tourists) staying there, on the charge of possession of drugs. They divided them into small groups and distributed around the city. After being held for 12 hours in custody, they managed $ 500 for the release. Watch out!'

No! But no one cares!

If no then that is not right. But if they did.... it was a fair arrest.

What sort of pub? They can’t arrest you if you don’t have nothing?

Ordinary pub! No rasta bar or something...

Come on! They took only white tourists from the pub. They transported them in small groups around the city. They kept them in prison for 12 hours. They did not let them call. The drug test showed nothing. After 12 hours, they brought an interpreter who provided information about the "bail", 500 $ per person! Really?!

But you haven't said which pub it was.

I do not know which pub, because my boyfriend just got out of jail and now he sleeps. I'll let you know, if he remembers the name...

I think we need further detail - this sounds a bit odd. Hope all those arrested have had or will have the good sense to report this alleged incident to their respective embassies.

I think the picture will be much clearer once we know what bar these events took place in! If you know what I mean lol.

I am sooooh Happy, not living near the Pub und co Street

I don't get the point. If it's true, others will post here as well. Wait and see.
"Life is too important to take seriously."

I'll let you know, if he remembers the name...

Like I wrote on TOF: sounds like complete BS. Boyfriend probably went on a 12-hour bender or they were indeed nailed for drugs.
Top

Sniff sniff ... smells like BS to me.
Bodge: This ain't Kansas, and the neighbours ate Toto!
Top 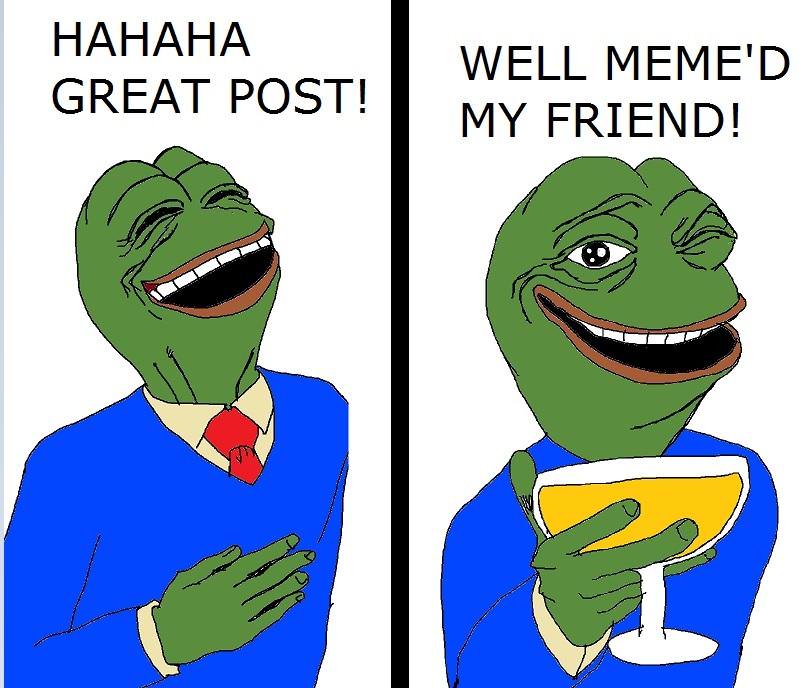