Competing in the 22km Individual Time Trial in the women’s master event for the over-35 category, the Kingdom’s SEA Games squad members finished one-two, with the 37-year-old mother of four Sivlang taking the top honours ahead of Sivguek.

Sivlang, whose burning passion is to encourage more women to get into cycling, sped away at 35.40 km/h to Sivguek’s 32.64.

Though she could ride a bike since she was 10 years old, Sivlang’s first cycling race came in her early thirties, at Phnom Basset in 2011 – and she ended up winning it. Since then she has pedalled her way to bigger challenges.

The cyclists’ accomplishment were hailed by the Ministry of Education, Youth and Sport and the National Olympic Committee of Cambodia.

The director of sports at the Ministry, Ouk Sothecheat, headed the official reception for the medal winners and the cycling team on their arrival at Phnom Penh airport late on Monday night.
http://www.phnompenhpost.com/sport/cycl ... mpionships
Cambodia Expats Online: Bringing you breaking news from Cambodia before you read it anywhere else!

A feature article from the Globe (Dec 2017) on Cambodia's Gold Medalist and cycling star, Sivlang Heng. On promoting cycling as a sport for Cambodian women, and why she's not the typical sort of okhna wife...

The fastest female cyclist in Cambodia is upending social norms to get more women on bikes
By: Peter Ford - Posted on: December 28, 2017 | Cambodia 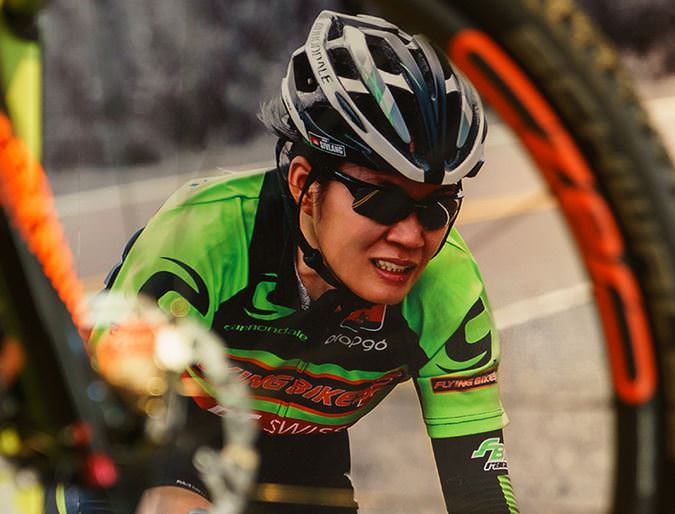 Sivlang Heng wakes up early each morning to start making breakfast for her family. But by 5:30am she is normally in her cycling kit and preparing for her training sessions with Cambodia’s national cycling team. Home for a quick shower and to make lunch, she then has afternoon training in the newly refitted gym at the National Olympic Committee of Cambodia’s headquarters.

The 36-year-old mother of four is the fastest female cyclist in the country – and has been since her first race in 2011.

Heng started riding bicycles when she was ten, when she cycled to and from school in southern Phnom Penh with her friends. But this didn’t lead to a love of cycling, and instead it was table tennis in which she excelled from the age of 13, representing Cambodia in several regional competitions until her marriage at 18.

“My first cycling race was in the women’s category at Phnom Basset in 2011 – and I was champion in the first race,” she said recently at Flying Bikes 2, the bike shop her husband part-owns with his brother.
http://sea-globe.com/pedal-power/
Cambodia Expats Online: Bringing you breaking news from Cambodia before you read it anywhere else!

Users browsing this forum: No registered users and 21 guests