EMC Motorbike Rentals in BKK1 posted on FB on the 15th that one of their bikes, a Honda Vision, had been stolen. Four days later they got it back (abeit in a new colour and with different plates). They had not even reported to police that it had been stolen. Police spotted some suspicious dudes in Stung Meanchey and busted them with drugs and stolen motos. Pretty lucky for EMC!

The bike before and after (note a little bit of the original yellow not covered with the film): 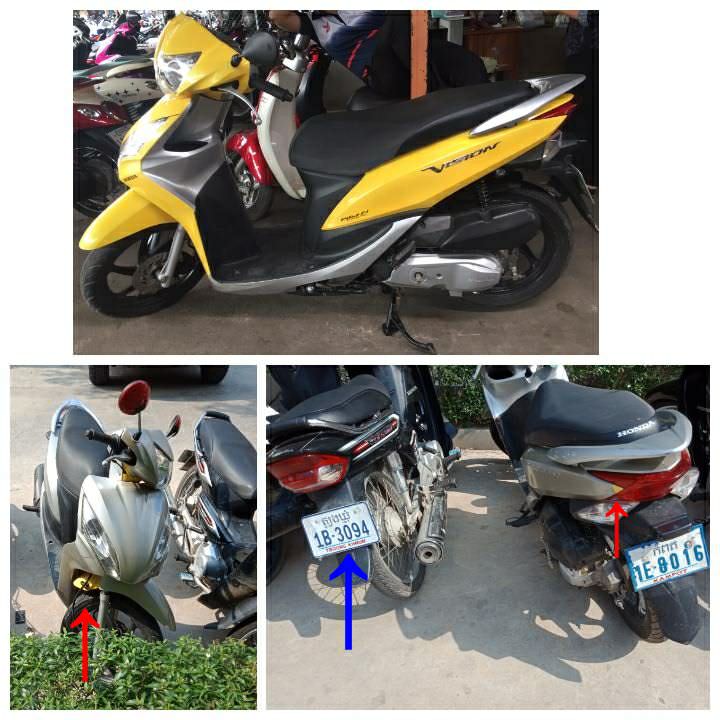 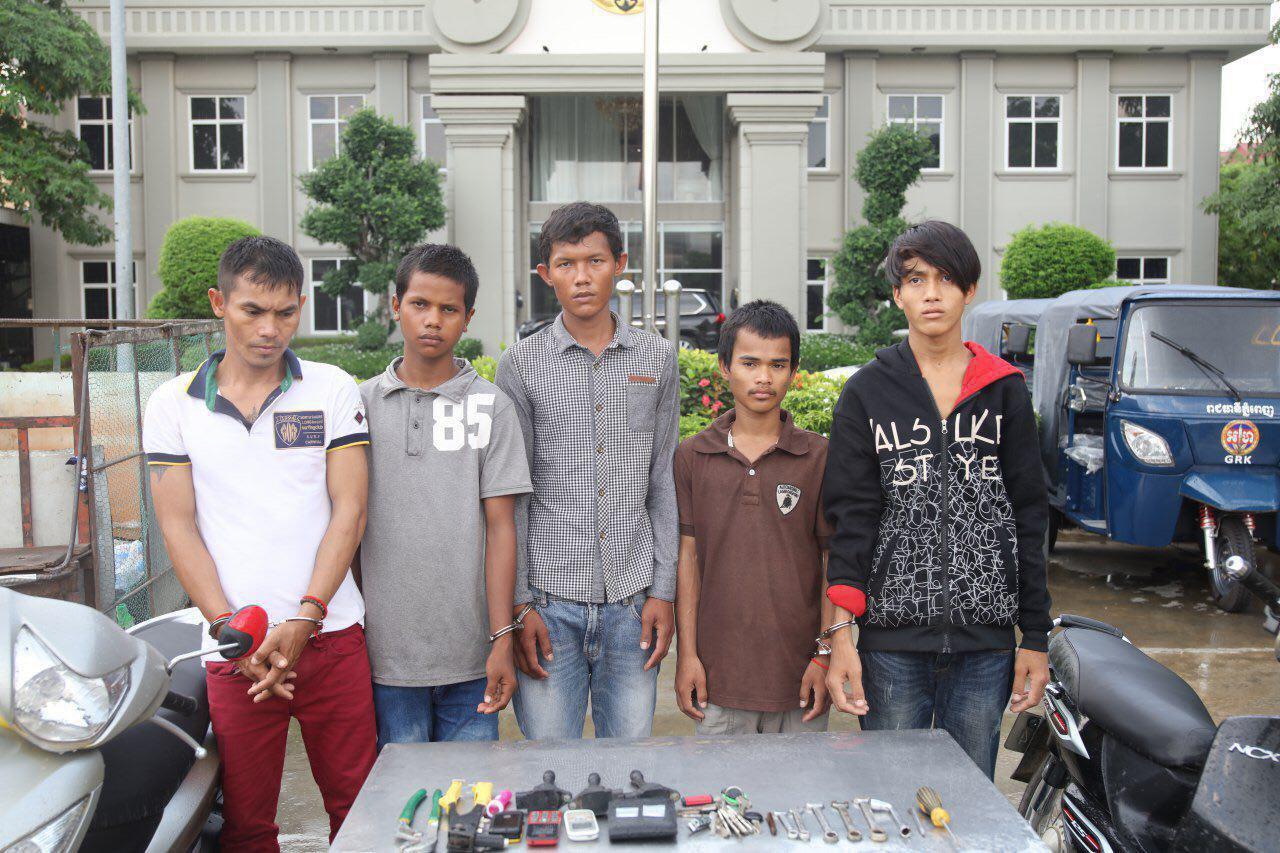 Phnom Penh: On May 22, a 45 year old Japanese man, Kobu Hysaki, received his Vision motorbike back from Military Police in Phnom Penh, after it was stolen by a group of thieves on May 13, 2018.

The suspects confessed that they were a group of thieves who steal motorbikes by breaking the lock. They stole a vision motorbike at Apsara Television area on May 13, and a Honda motorbike at Ang Tameng pagoda area.
The police searched for the motorbike owner, who was the Japanese man, and returned the Vision motorbike to him. The case of 5 suspects was prepared and submitted to court on May 21, to follow the legal action. 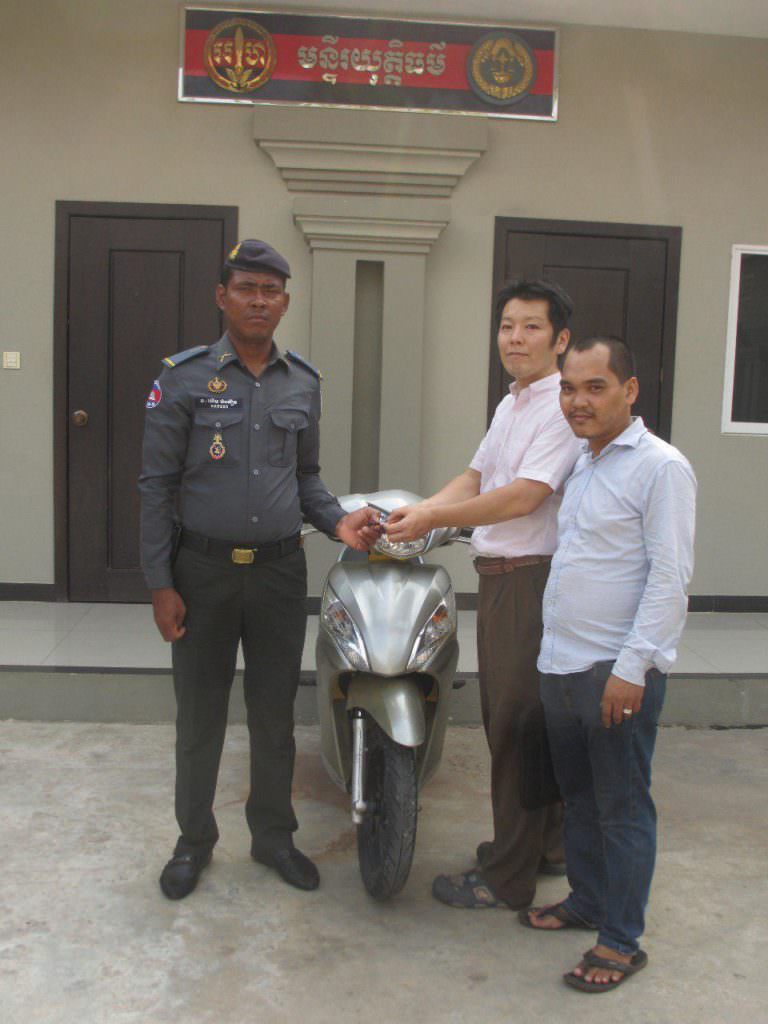 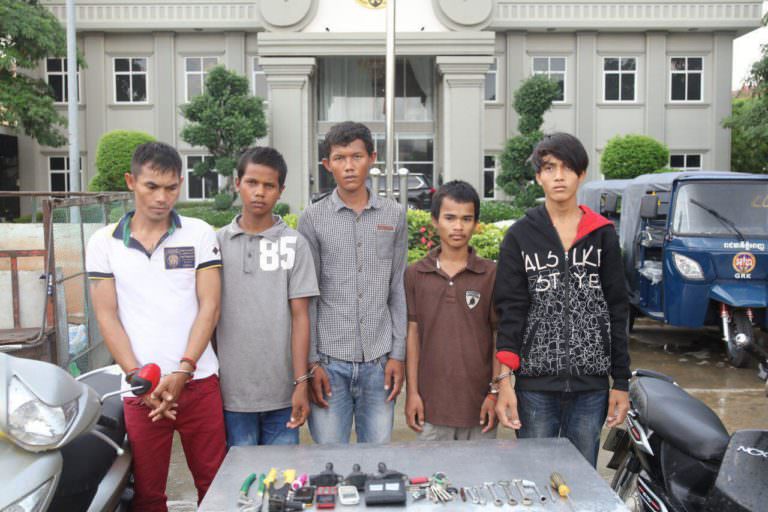 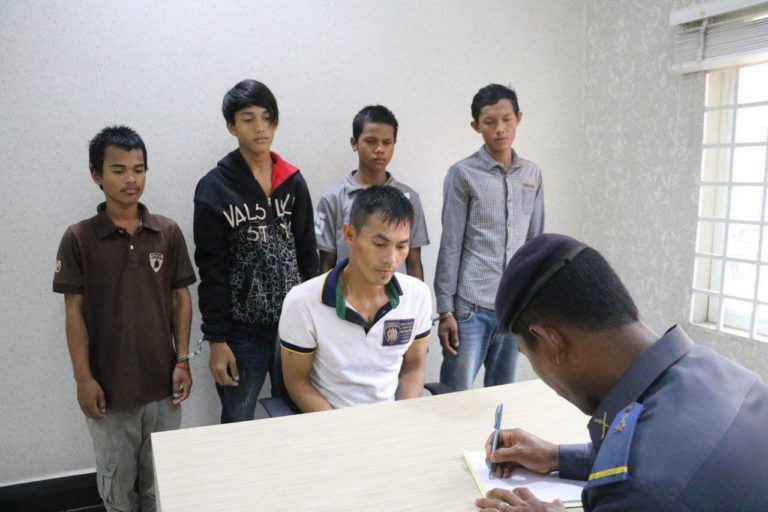 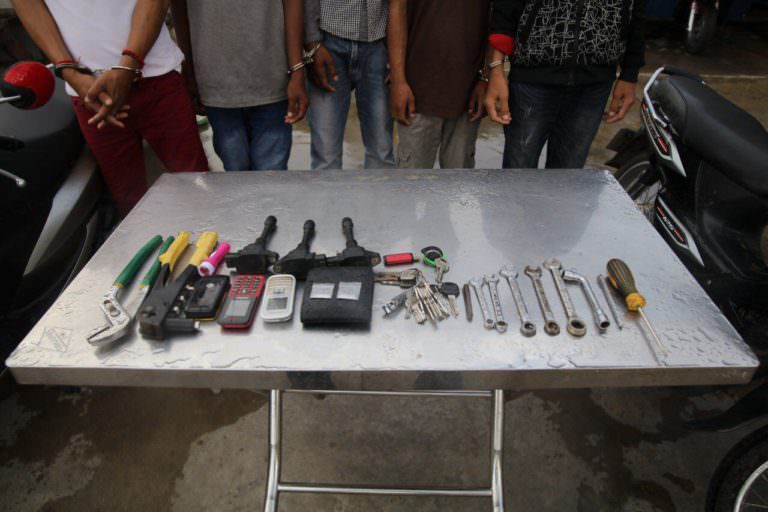 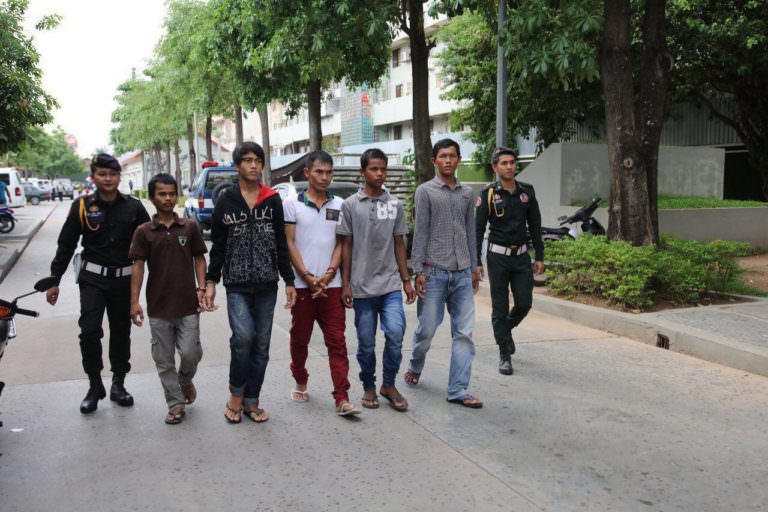 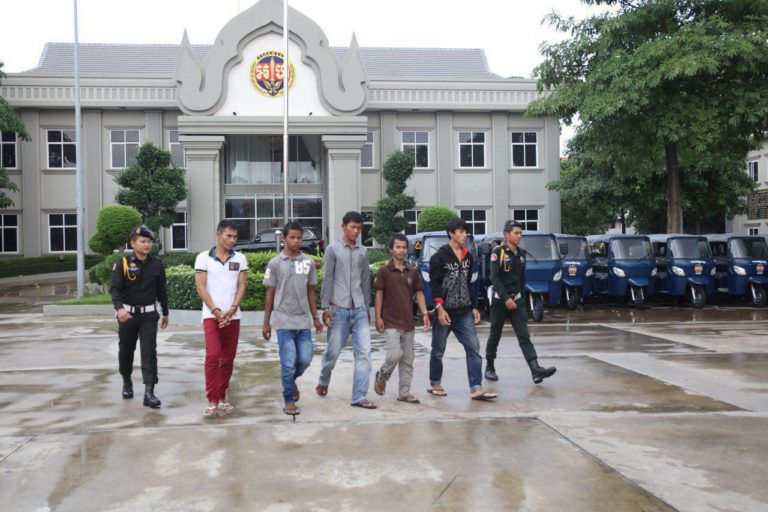