May 21, 2018
Don’t be fooled by gold report: Mines Ministry
The Ministry of Mines and Energy has denied reports that gold was found at a construction site in Sihanoukville.

The ministry said on Friday that there had been reports of the find by a Chinese firm at Che Cheang Special Economic Zone in Prey Nop district.

However, investigators had discovered that a mineral known as fools’ gold was to blame.

The ministry said reports of gold had come as a surprise to people and provincial officials in Sihanoukville.

To establish the facts, the ministry sent a technical group in conjunction with Prey Nop district authorities to investigate.

The site, at the foot of a mountain, is being prepared for use in the special economic zone.

The ministry said the mineral found was an iron sulphide with the chemical formula FeS2. This has a yellowish-white or gold colour. The mineral, called iron pyrite, also goes by the nickname fools’ gold.
https://www.khmertimeskh.com/50491727/d ... -ministry/ 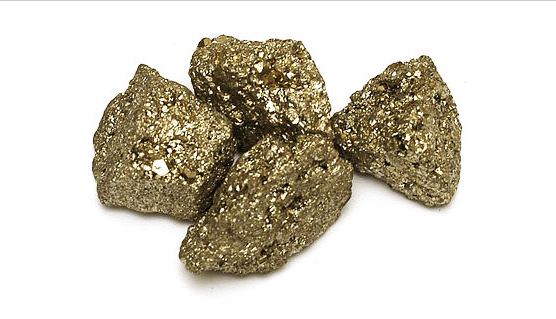 Fool's Gold or Iron Pyrite
Cambodia Expats Online: Bringing you breaking news from Cambodia before you read it anywhere else!

Re: Fools fooled by Fool's Gold Found in Sihanoukville

Gold, unlike pyrite does not change color when rotated with different angles of light reflecting. It is a dead give-away in the first instance.
Water quenches the thirst, alcohol releases the truth.
Top
Post Reply Previous topicNext topic
2 posts • Page 1 of 1