25 April 2018
A 41-year-old French-Cambodian national was arrested on Tuesday after paying for a taxi fare using counterfeit currency, according to a police statement today. 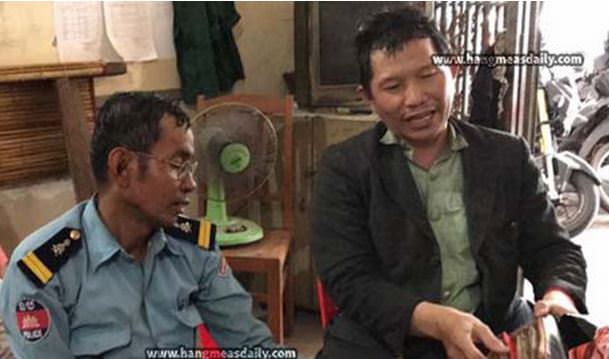 Around 10: 30 on 24 April, Mr Prum Ratha took the metered-taxi of driver Mr Huoth Danith, 25, from Cham Chao Commune to riverside in Phnom Penh, and then he took the taxi to meet a friend in Chak Angkre Commune, in Meanchey District.

On arrival at Chak Angkre Commune, the French-Cambodian asked the driver how much he owed for the taxi fare, and it was 90,000 riels (about $22.50).

The passenger then gave only $15 to the taxi driver, who refused the money anyway because he knew it was fake, and then he called the police.
Hangmeasdaily.
Cambodia Expats Online: Bringing you breaking news from Cambodia before you read it anywhere else!

CEOCambodiaNews wrote: ↑
Thu Apr 26, 2018 1:54 am
The passenger then gave only $15 to the taxi driver, who refused the money anyway because he knew it was fake,


Perhaps it was the $15 bill that caused suspicion.

your average khmer in the tourism industry hates the french.