Breaking news from Cambodia can be found here. CEO often finds Khmer news and translates it into English for our readers if it is interesting to expats, locals, Cambodians living abroad and anyone who wants to stay informed of the latest local and international news stories about Cambodia and our neighbors in South East Asia. There are many sources for Khmer news articles and they can all be found here in one place. Most of the media comes out of Phnom Penh, Siem Reap or Sihanoukville, but we cover national Cambodian news from all provinces.
Post Reply Previous topicNext topic
38 posts

phuketrichard wrote:i dont see why a rail link between bangkok and poi pet will increase tourism,
it will be slower than a current bus and the ones that can afford it, fly over direct to SR or PP

I'd much rather catch a train than a bus. Get up and stretch your legs, possible onboard food, possibility of a smoke for smokers, decent chance of a sleep on longer trips, and generally safer than the roads.

I would to,( love train travel in Burma) BUT not this route, flying on air asia can be as low as $70
In a nation run by swine, all pigs are upward-mobile and the rest of us are fucked until we can put our acts together: not necessarily to win, but mainly to keep from losing completely. HST
Top

An undersecretary at Cambodia’s Transport Ministry says Thailand has made a verbal promise to supply trains for a soon to reopen rail link. Ly Borin told reporters that Thai authorities had not so far put the pledge in writing, but said they would provide four trains in three to four months time.

The new trains will be utilised on services running between Battambang and Poipet on the Cambodian side of the border with Thailand. Poipet is in Banteay Meanchey province. Once the rail route is operational, passengers will be able to travel to Aranyaprathet on the Thai side of the border.

When this rail line was first connected up in the 1930s, it allowed passengers to travel all the way from Phnom Penh to Bangkok by train. Service from Battambang to Poipet and Thailand was scrapped by the French colonial government in the 1940s. Due to the dilapidated state of the line, train services between Phnom Penh and Battambang were suspended in 2009.

Ly Borin says final tests will be carried out on the Battambang to Thailand section of the line by July.
12go.asia
Cambodia Expats Online: Bringing you breaking news from Cambodia before you read it anywhere else!

Phnom Penh-Poipet rail line to launch 2018
27 December 2017
The new railway line that connects Phnom Penh to Poipet on the border, linking with trains from Thailand’s Sa Kaeo province to Bangkok, is expected to begin operating next year.

“The new line from Phnom Penh to Poipet city is expected to be completed next year, well ahead of our previous deadline, which was 2020,” Minister of Transportation Sun Chanthol said on Tuesday. “Now we are speeding up work on this line to have it ready by 2018, so we can have a railway connection to Thailand.”
The line, generally referred to as the western rail line, has 130 kilometres that still need to be built or repaired, with the ministry seeking US$20 million in funding from the national budget through the Ministry of Economy and Finance, according to Ly Borin, an under-secretary of state at the Ministry of Public Works and Transport.

The section of the line in disrepair, damaged during wartime, extends from Pursat province to the capital, Mr Borin said. The Phnom Penh-Poipet rail line is expected to play a key role in facilitating trade and the movement of people between Cambodia and Thailand, with leaders from both countries having publicly committed to tripling bilateral trade to $15 billion by the year 2020.

Mr Borin could not provide a tentative date for an official launching ceremony for the new line, but said it will probably be early next year. Officials on both sides of the border are already working on setting up the protocols and systems for the crossing of people and goods at the border, he said. Bangkok post
Cambodia Expats Online: Bringing you breaking news from Cambodia before you read it anywhere else!

Launching ceremony is one thing, actual scheduled passenger services are another. I would not expect to see trains running until the second half of the year. But I would like to catch a train to Batambang, Poipet and Bangkok.
No matter how much it rains, the dirt never washes away.
Top

"linking with trains from Thailand"

Sounds like changing trains at the border.
... give 'em a quick, short, sharp shock ...

Cambodia’s missing railway link to Thailand rebuilt after 45 years
There are plans to offer passenger train service eventually from Phnom Penh to Bangkok, although no date has been set

A missing 48km stretch of railway that connects the capital Phnom Penh to the Thai border has been rebuilt, 45 years after it was destroyed in the 1970s during the Cambodian civil war.

Passenger trains began operating on Wednesday between the border town of Poipet and Sisophon, a Cambodian provincial capital.

There are plans to offer passenger train service eventually from Phnom Penh to Bangkok, although no date has been set. Cambodian minister of transport Sun Chanthol said negotiations with Thailand on a border-related matter are yet to be finalised.

Some parts of the railroad between Sisophon and Phnom Penh also remain under renovation, work expected to be completed later this year.

A 386km stretch of railroad between Phnom Penh and Poipet was completed in 1942 after 13 years of work. But the 48km stretch between Sisophon and the border town of Poipet was heavily damaged in 1973.

In 2009, the Asian Development Bank provided US$13 million to rebuild a 42km segment of the tracks, leaving the Cambodian government to rebuild the remaining 6km.

That segment was originally to be completed by mid-2016, but was delayed several times by legal hurdles and land disputes with those living along the railway, according to Vasim Sorya, director general of the Ministry of Public Works and Transportation.
http://www.scmp.com/news/asia/southeast ... t-after-45
Cambodia Expats Online: Bringing you breaking news from Cambodia before you read it anywhere else!

Hopeful, but still not holding my breath.
Top

i wld deffo take it if it is one of these

, never been on proper train b4 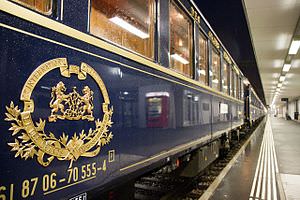 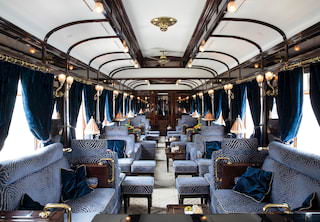 Coming soon...
Rail Connection With Thailand To Take Place In March
14/01/2019
The tracks on both sides of the border have already been finished, said Sun Chanthol, the Minister of Transport and Public Works.

“We will ask Prime Minister HE to preside over the official ceremony connecting both railway networks,” he said.

“The rail tracks on both sides have been completed, and we have already negotiated a cross-border transport agreement with Thailand,” Mr Chanthol said. “Now the only thing left to do is for Thailand to sign the bilateral agreement.”

Named ‘western rail line’, the railroad connecting Phnom Penh and Poipet city, in the border with Thailand, was completed last year. It stretches over 386 kilometres, and will soon be connected to Thailand’s Arranyapratet province.
https://www.b2b-cambodia.com/news/rail- ... -in-march/
Cambodia Expats Online: Bringing you breaking news from Cambodia before you read it anywhere else!

April 8, 2019
Cambodian, Thai railroads to be linked this month
The railway systems of Cambodia and Thailand will be linked later this month, Prime Minister HE said Friday.

Speaking during a cabinet meeting last week, the premier said the railway networks of both countries will be connected on April 22 during a ceremony that he will preside.

Ly Borin, director of the railway department, told Khmer Times that the railway systems of Cambodia and Thailand are already connected but that the link has not been officially launched.

“The Thai side is aiming to start operating trains on April 22, but we are not sure that it will happen. What we can tell you for sure is that the railway will be officially in operation at the end of this month,” he said, adding that the launch will be presided over by the Cambodian and Thai prime ministers.
https://www.khmertimeskh.com/50594443/c ... his-month/
Cambodia Expats Online: Bringing you breaking news from Cambodia before you read it anywhere else!