A man was accidentally shot and killed by a policeman firing warning shots during a raid on a cockfight, and police have since paid $8000 to the victim's family for "funeral costs". The investigation continues.

Officer held over bystander killing
24 January 2018
A police officer yesterday appeared for questioning at Phnom Penh Municipal Court over the accidental shooting of a bystander killed when forces cracked down on a cockfighting ring on Sunday night.

Chorn Virak, 27, was identified as the Por Senchey district officer who fired the warning shots that killed Siek Rorn, 33. Mr Virak has been detained in custody as investigations into the case continue but has not been charged. 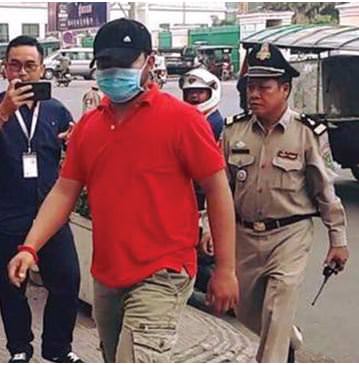 Mr Rorn was standing on his balcony overlooking the scene at the time of the incident in Choam Chao 2 commune. Nop Phany, the victim’s wife, told reporters on Sunday that her husband was a garment worker and did not work on Sundays. He was on the third floor of their rental house when the stray bullets hit him.

Ms Phany said neighbours helped get her husband into an ambulance, but he died on the way to hospital.
“I am heartbroken, we have two children. What will I do without my husband?” Ms Phany said.

Spectators watching the cockfighting clashed with officers, knocking some to the ground and causing them to lose their weapons.
“At that point, officers fired into the air in self defence, and unfortunately hit a man who was standing on the balcony of a nearby building,” Mr Sarann said. “They had no intention of hurting him.”
http://www.khmertimeskh.com/50103928/of ... r-killing/
Cambodia Expats Online: Bringing you breaking news from Cambodia before you read it anywhere else!

24 January 2108
PHNOM PENH - A police officer was charged with manslaughter this morning over the death of Sean Ron, who was shot dead during a botched cockfighting raid, allegedly by a stray police bullet.

Chorn Vireak, a first lieutenant with the Por Sen Chey district police, was charged with “unintentional homicide” under Article 207 of the Cambodian Criminal Code. If convicted, he faces between one and three years in prison and a fine of 2 million to 6 million riel (about $500 to $1,500).

The victim, Ron, was standing on the third floor outside his home when a bullet struck him in the throat. He died within minutes.

Witnesses estimate five or six police officers had entered the open space below and fired up to 20 shots in the air to silence a crowd of some 70 gamblers at a cockfighting ring...
http://www.phnompenhpost.com/national/c ... uring-raid
Cambodia Expats Online: Bringing you breaking news from Cambodia before you read it anywhere else!

The greatest evil is cock-fighting. They should call in the army and execute all the people in involved.
Top

that genius wrote: ↑Thu Jan 25, 2018 7:01 am The greatest evil is cock-fighting. They should call in the army and execute all the people in involved.

What ???? and not punish those that are the real guilty ones. ,, Those damn roosters should stop crowing and stop fighting.
Cambodia,,,, Don't fall in love with her.
Like the spoilt child she is, she will not be happy till she destroys herself from within and breaks your heart.
Top

There have been no games in the square for the past week, since a police raid turned to tragedy when Seak Ron, 33, was fatally shot by a cop’s stray bullet. Ron is gone, but what is left – and festering – is a deep distrust of the local Por Sen Chey district police.

Fierce, and uncorroborated, rumours are circulating [too] about the police, with one villager saying he heard one officer was spotted carrying a rooster to the ring while others suspected the police were gambling themselves until their luck turned south.

[Local resident]An, meanwhile, said he was “disappointed” in the conduct of the police.
“I know it was unintentional, but why did the police not help him? All his family members are women. They did not call an ambulance or help them,” he said. “There are a lot of children here. What if they hit the kids?”
http://www.phnompenhpost.com/national/m ... istrustful
Cambodia Expats Online: Bringing you breaking news from Cambodia before you read it anywhere else!

The court has decided that a policeman, who killed an innocent bystander whilst wildly firing his gun in the air at a cockfight raid, will receive a suspended sentence.

No jail for policeman who accidentally killed bystander
13 Feb, 2018
The Phnom Penh Municipal Court on Tuesday sentenced a Por Senchey district police officer to one-year in jail, but the sentence was suspended, over the accidental killing of a bystander during a raid on a cockfighting ring last month. 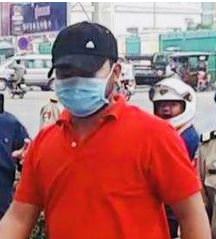 The court held the trial on Tuesday morning and afterwards, presiding judge Ros Piseth announced he had decided to sentence Chorn Virak to one year in jail but then suspended the sentence.
Phnom Penh police and district authorities provided $8,000 to the victim’s family for a funeral after the killing.
http://www.khmertimeskh.com/50108320/no ... bystander/
Cambodia Expats Online: Bringing you breaking news from Cambodia before you read it anywhere else!