Breaking news from Cambodia can be found here. CEO often finds Khmer news and translates it into English for our readers if it is interesting to expats, locals, Cambodians living abroad and anyone who wants to stay informed of the latest local and international news stories about Cambodia and our neighbors in South East Asia. There are many sources for Khmer news articles and they can all be found here in one place. Most of the media comes out of Phnom Penh, Siem Reap or Sihanoukville, but we cover national Cambodian news from all provinces.
Post Reply Previous topicNext topic
27 posts


Yep, and one of them apparently likes beer in the morning.

It does wonders for his skin.
Top

Russian tourist faces jail over ATM damage
4 January 2018
A 53-year-old Russian tourist was charged by Preah Sihanouk Provincial Court yesterday for breaking an ATM after being unable to withdraw any money.
Pov Samnang, a police officer with the provincial major crimes unit, said Hapyhko Narchenko, who was arrested on Monday, was charged with intentionally causing damage and faces up to two years in prison if convicted.

On Monday at about 1.30pm, the drunken suspect went to an ABA Bank machine located in commune 4 and failed to withdraw money using his ATM card after several attempts.

“He got angry at the ATM for not working. He then punched it hard many times until it broke,” he said. “After destroying the machine, he fled but was later arrested by our provincial police forces in collaboration with the bank’s security guards.”

Mr Samnang added that Mr Narchenko has been sent to prison pending his trial.
http://www.khmertimeskh.com/5099863/rus ... tm-damage/
Cambodia Expats Online: Bringing you breaking news from Cambodia before you read it anywhere else! 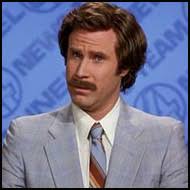 Has anyone cracked a ‘Vlad the ATM Impaler’ funny yet?
Milk was a bad choice
Top

Vladimir putin his card, but he didn't get it back. That's why he was angry.
Top

The combination i guess, never had that treatment before...
I actually don't give a flying fuck, furthermore nice to meet you all here!