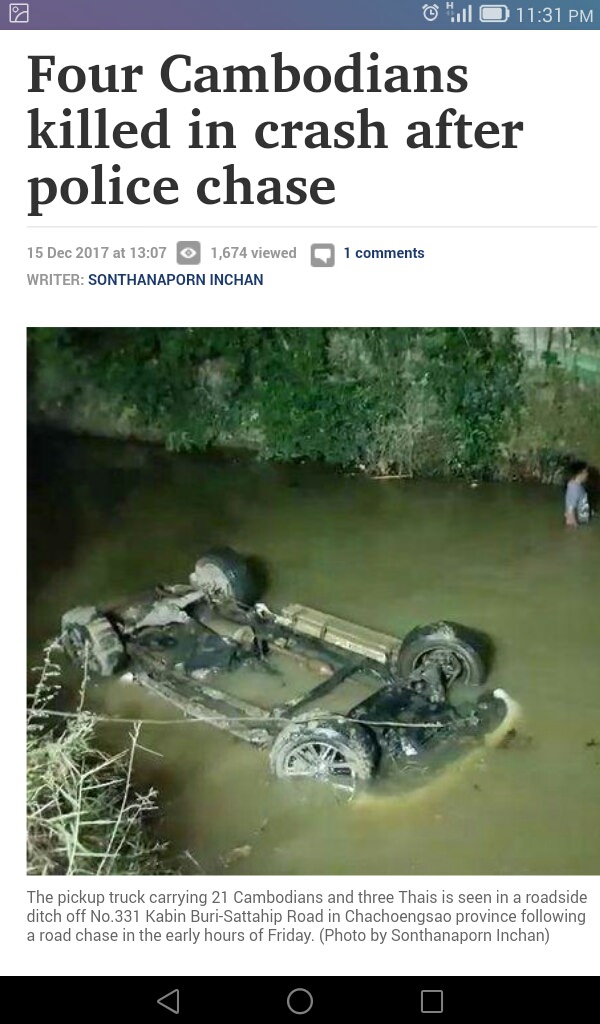 15 December 2107
- Four migrant workers were killed in a crash following a police chase in this eastern province in the early hours of Friday. Plaeng Yao district police reported the incident at 2.30am.
While trying to escape highway police, the driver of a pickup truck carrying 21 migrant workers took a narrow soi off No.331 Kabin Buri-Sattahip Road and plunged the truck into a ditch.

Police found 1km from the mouth of the soi an overturned white Toyota pickup truck with a Sa Kaeo licence plate in the roadside ditch. It apparently fell from the road which was 2-3m high.
There were signs some people inside had escaped but four Cambodians stayed at the scene. After lifting the truck from the ditch, police found the bodies of two men and one woman inside the cab. Another man was also found dead outside the truck. All of them were later identified as Cambodians.

The survivors said the Thai driver was picking up 21 Cambodian migrant workers from Sa Kaeo to work at a construction site in Samut Prakan province. Two more Thais sat in the front seat while nine of the Cambodians crammed in the cab and the remaining 12 were travelling in the bed.

At the seam between Prachin Buri and Chachoengsao, highway police started chasing the truck. The driver sped from the Khao Hin Son intersection on No.311 Road and made a U-turn near Ban Noen Rai junction to find an escape route from the main road. With the headlights off, the driver drove into the soi before the truck plunged into the ditch, they said.
Bangkok Post
Cambodia Expats Online: Bringing you breaking news from Cambodia before you read it anywhere else!

Three dead according to Khmer Times.

Sok Veasna, a police officer with the Cambodian Immigration Police Unit, said the car they were driving hit the base of a tree and overturned.

A Thai police report said the car was driven by the Thai national, who was transporting five Cambodian workers from the border to Bangkok. He was apparently going too fast and lost control of the vehicle. 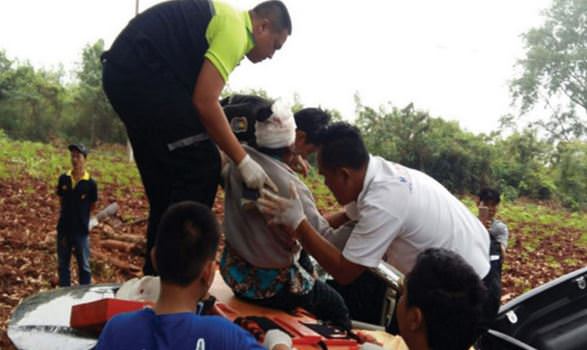