31 August 2017
Two young men were detained and questioned at the Kampong Chhnang Provincial Court this week on charges related to the stabbing of the chief monk at Koh Thkov Pagoda.

Pol Vuthy, Kampong Chhnang deputy police chief, said suspect Snguon Channa, 18, and another underage suspect, 16, were arrested on Sunday, a week after Channa allegedly used a file to stab chief monk Yin Nem, 84, who is also the younger suspect’s grandfather. Nem has since been released from the hospital. 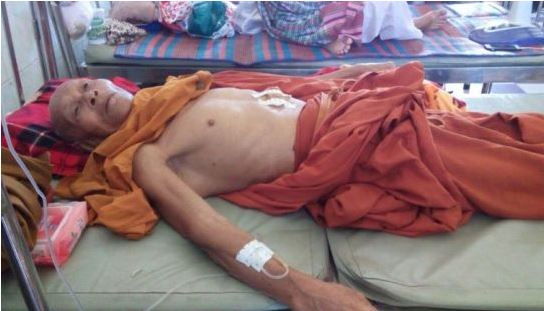 Channa, who allegedly committed the stabbing during a botched robbery of the pagoda, reportedly claimed his accomplice planned the heist, an accusation the teen denied...
http://www.phnompenhpost.com/national/t ... ed-robbery
Cambodia Expats Online: Bringing you breaking news from Cambodia before you read it anywhere else!

I don't know what a "Chief Monk" is but I do know what a "Head Abbot" is. Anyways, sounds to me like the grandson and his buddy hahave a little drug problem and when "Granddad" didn't want to fork out any money the boys went berserker on him. That's usually how it goes down in situations like this.
Top
Post Reply Previous topicNext topic
3 posts • Page 1 of 1