CAMBODIA NEWS: The suspect, Sereyrath Pisey, 18 years old and living in Chhbar Ompov, had committed a robbery on a 42 year-old Australian tourist woman, name Julia Schmalfuss in front of ACLEDA Bank, at the corner of Norodom Blvd and 282 Street at 8:45 pm on 9 August. The robber got arrested where he lived seven days after the incident. On 17 August, the accused was dispatched to Phnom Penh Court for his trial. The defendant was accused of stealing 500 USD, a camera, a Samsung Galaxy A smartphone, a driving licence, and a Commonwealth ATM card. 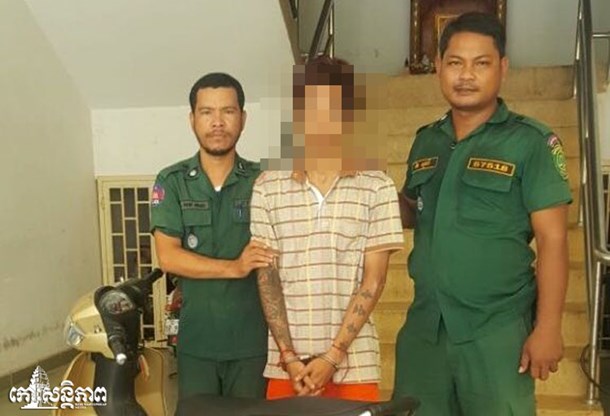 That's the first time I've seen a suspect with their face pixelated. I'll watch out for a skinny guy with sketchy tattoos.
Top

Maybe they gave him a couple of black eyes. But that should be shown, as a deterrent!
Good to see the police doing their job!
Has nobody invented an app yet that gets past pixels?
Top

Has nobody invented an app yet that gets past pixels?

No, besides squinting your eyes. There isn't enough information left for a clear image.
Top
Post Reply Previous topicNext topic
4 posts • Page 1 of 1