Foreigner gets punched by Thai cabbie

Foreigner gets punched by Thai cabbie

11 August 2017
A Pattaya cabbie told police yesterday that he punched a foreign tourist in the face knocking him out after the foreigner ran into the road. 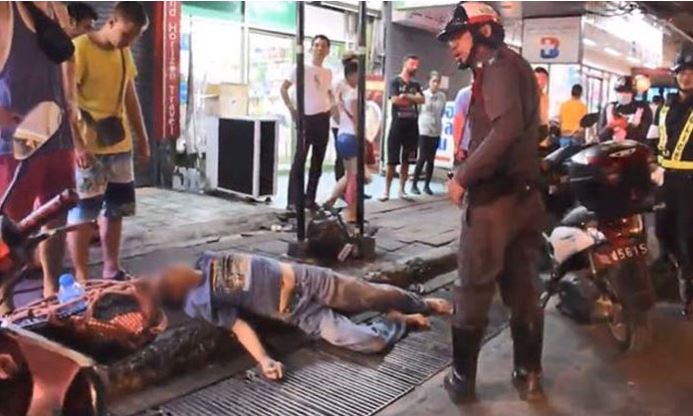 Police who went to the scene in Pattaya Sai 2 found the 40 year old unidentified foreigner propped up on the sidewalk after good Samaritans had retrieved him from the road.
He was treated at the scene by foundation medics then taken to hospital, reported Sanook.

Still at the scene was Anan, 46 a taxi driver. He said that he was driving around with another passenger when the man rushed into the road and hit his cab.
The foreigner then blocked his way.

Anan got out to see what the problem was then he alleged that the foreigner grabbed him by the shirt.
A fight broke out and the taxi driver smashed the foreigner in the face knocking him out.

Police are waiting for the foreigner to recover before attempting to get to the truth of the matter.
Pattayaonenews.
Cambodia Expats Online: Bringing you breaking news from Cambodia before you read it anywhere else!