The National Police has confirmed there have been no cases of child kidnapping for organ harvesting, after fake news circulating on social media caused widespread panic.
Speaking at a press conference yesterday, National deputy police chief Kirth Chantharith said 15 recent reports of cases in ten provinces were all untrue.

“There was actually only one case of child kidnapping in Kampong Speu province in July. In this case, the victim’s aunt wanted $3,000 from her sister, so she took her niece to Kampong Chhnang province. Police arrested the perpetrator one day later. All other reports of kidnaps in July were fake,” Mr Chantharith said.
http://www.khmertimeskh.com/5075898/pol ... ing-fears/
Cambodia Expats Online: Bringing you breaking news from Cambodia before you read it anywhere else! 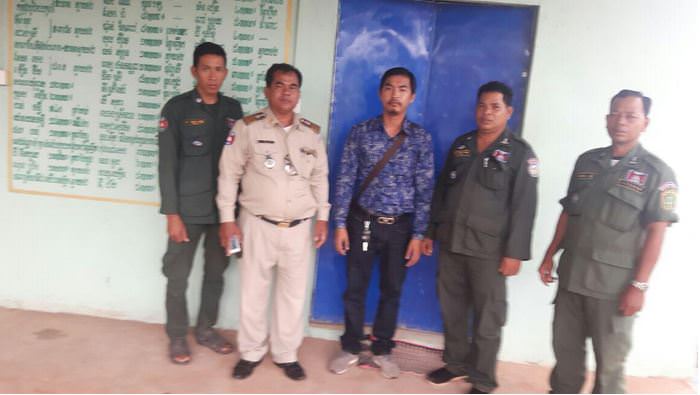 "The provincial prosecutors of Cambodia reported that there is no case of kidnapping children for organ harvesting, in opposition to the false reports that have been circulating on the social network,” he added.

http://en.freshnewsasia.com/index.php/5 ... sting.html
Cambodia Expats Online: Bringing you breaking news from Cambodia before you read it anywhere else!

A mob beat a man in Prey Veng yesterday;

"a mob in Prey Veng province attacked a man on Thursday after he pretended to kidnap a child and threatened to cut out his kidney, police said.

Horn Mak, 34, was playing with a group of children in Peamro district around 9 a.m. when he made the threat, according to Pov Chivi, deputy provincial police chief.


Mr. Mak told the child “’You come around here, I will catch you to cut out your kidney,’ and then a friend of the victim said, ‘Yes, catch him,’” Mr. Chivi said. Then he picked up one of the children and placed him briefly into the back of his truck, he said.

Shaken by the threat, the child returned home in tears and informed his parents, the policeman said.

“When he released the child, the child became very scared and cried and ran to his parents, who made a complaint to the village chief,” Mr. Chivi said.

Rumors swiftly spread"...and the mob set upon the man.

And here's a photo of the 5 year child being put back into the back of the truck for a photo opportunity:

And a photo of the alleged Vietnamese kidnapper: