Preserving forgotten pagoda
Fri, 4 August 2017
To get there, it’s a three-hour drive from Phnom Penh, then a 40-kilometre journey to a remote area of Kampong Chhnang province. At the end of a largely abandoned road, you’ll find it: two archaeological treasures on a hill so remote that in the rainy months of September and October, the buildings are only accessible by boat. 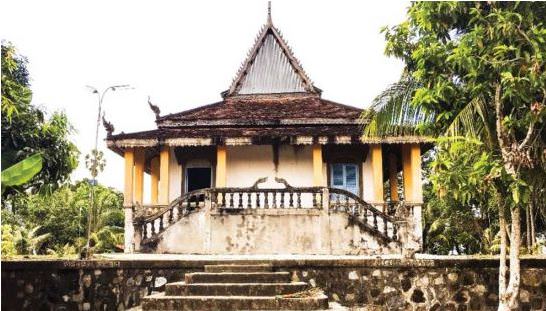 For decades, the pre-Angkorian Kampong Preah temple and an early 20th-century pagoda have sat on the hill in Boribor district with few visitors. Now a group of heritage enthusiasts are hoping to raise awareness – and money – to halt its slide into disrepair.
The project is led by English teacher and Sovrin Magazine Editor Srin Sokmean, who has recruited local residents and an archaeology tour company to host a day trip to the site on August 13 to learn about its largely forgotten history.

There is also some debate over when the older temples were built. Sok Thouk, director or the provincial Department of Culture, said the structures were built between the ninth and 11th centuries.
But Chen Chanratana, an archaeology professor and founder of the Khmer Heritage Foundation, said the towers are more likely from the pre-Angkorian era, between the 7th and 8th centuries...
http://www.phnompenhpost.com/national/p ... ten-pagoda
Cambodia Expats Online: Bringing you breaking news from Cambodia before you read it anywhere else!