News from the past

Breaking news from Cambodia can be found here. CEO often finds Khmer news and translates it into English for our readers if it is interesting to expats, locals, Cambodians living abroad and anyone who wants to stay informed of the latest local and international news stories about Cambodia and our neighbors in South East Asia. There are many sources for Khmer news articles and they can all be found here in one place. Most of the media comes out of Phnom Penh, Siem Reap or Sihanoukville, but we cover national Cambodian news from all provinces.
Post Reply Previous topicNext topic
95 posts 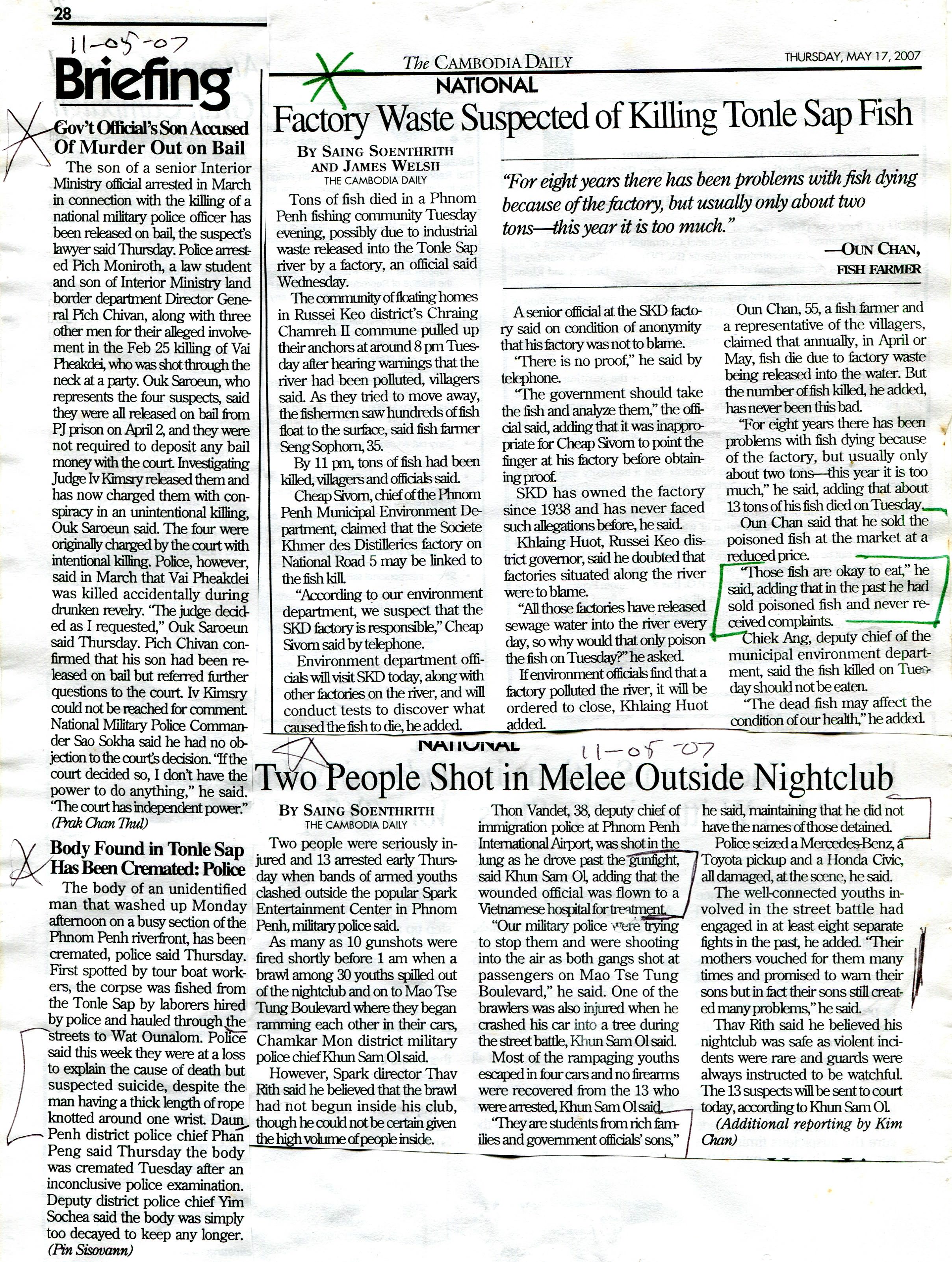 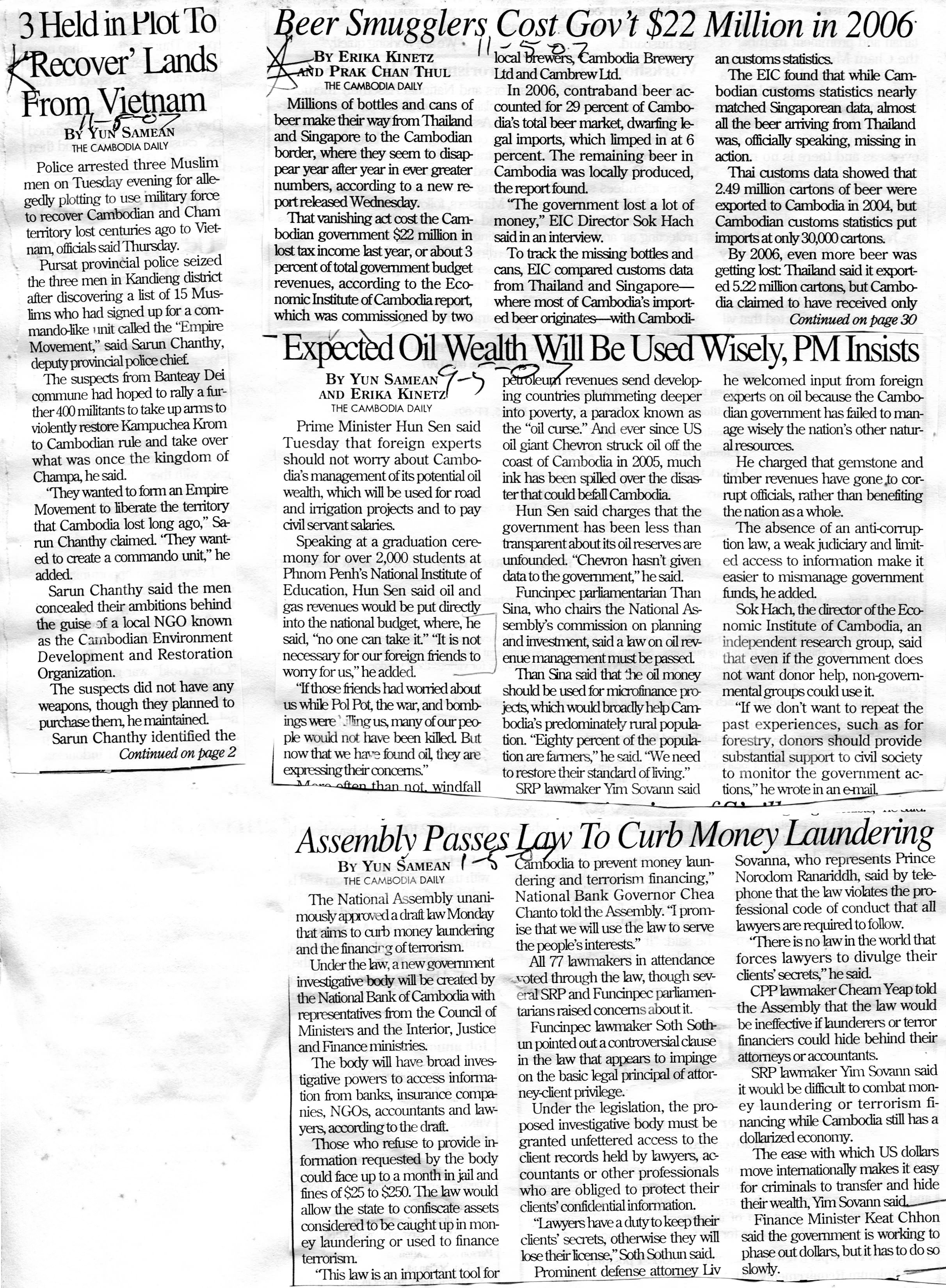 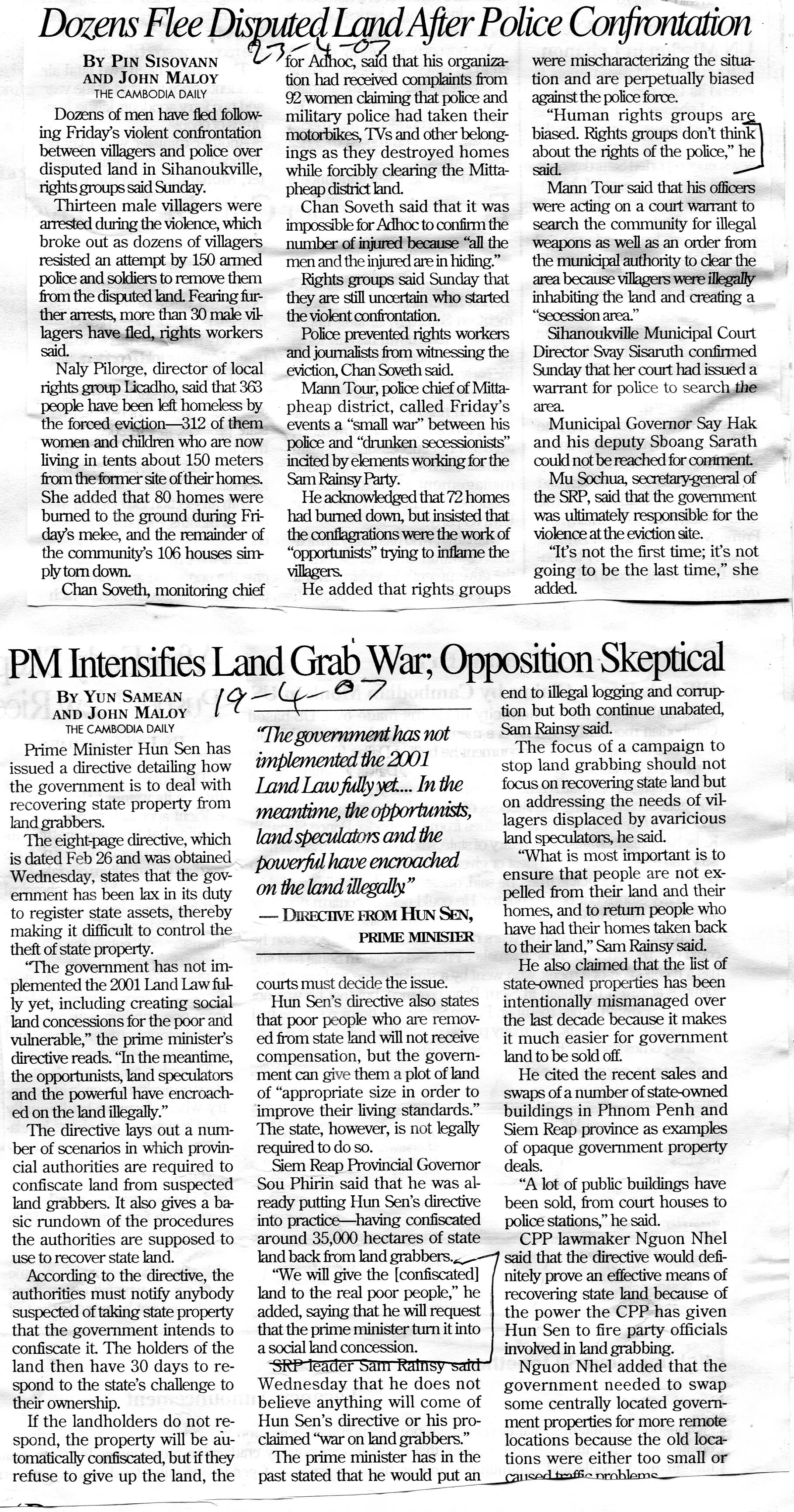 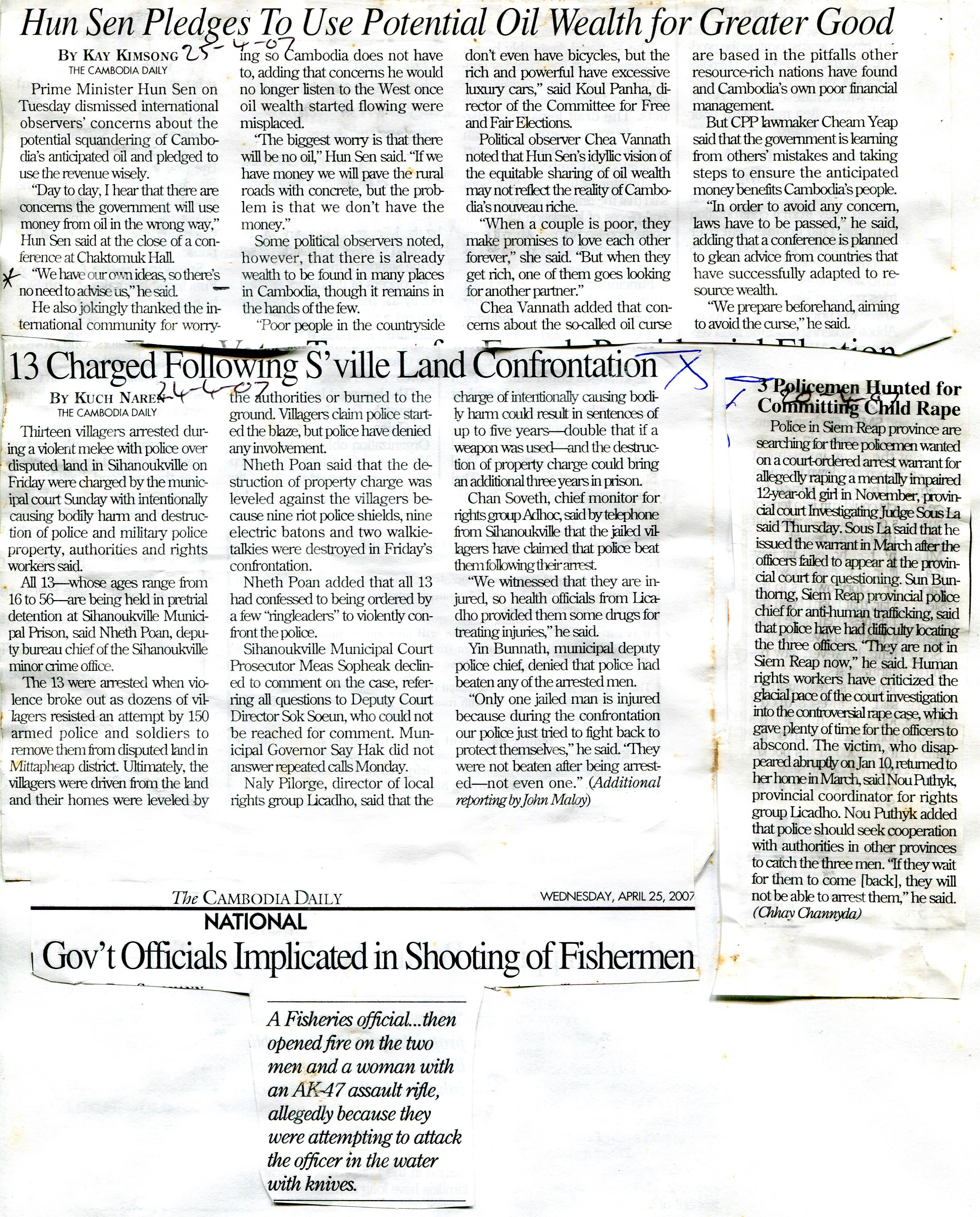 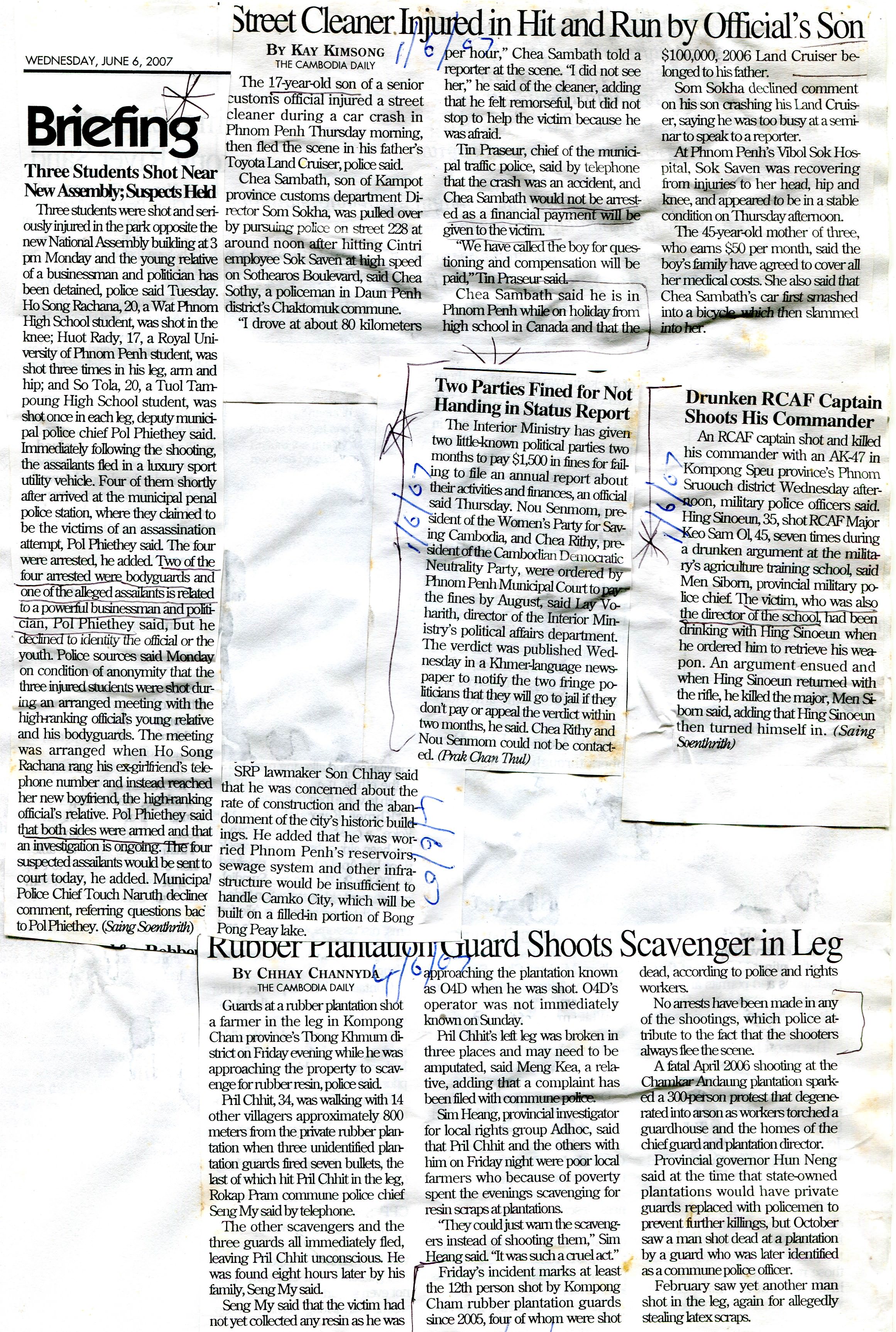 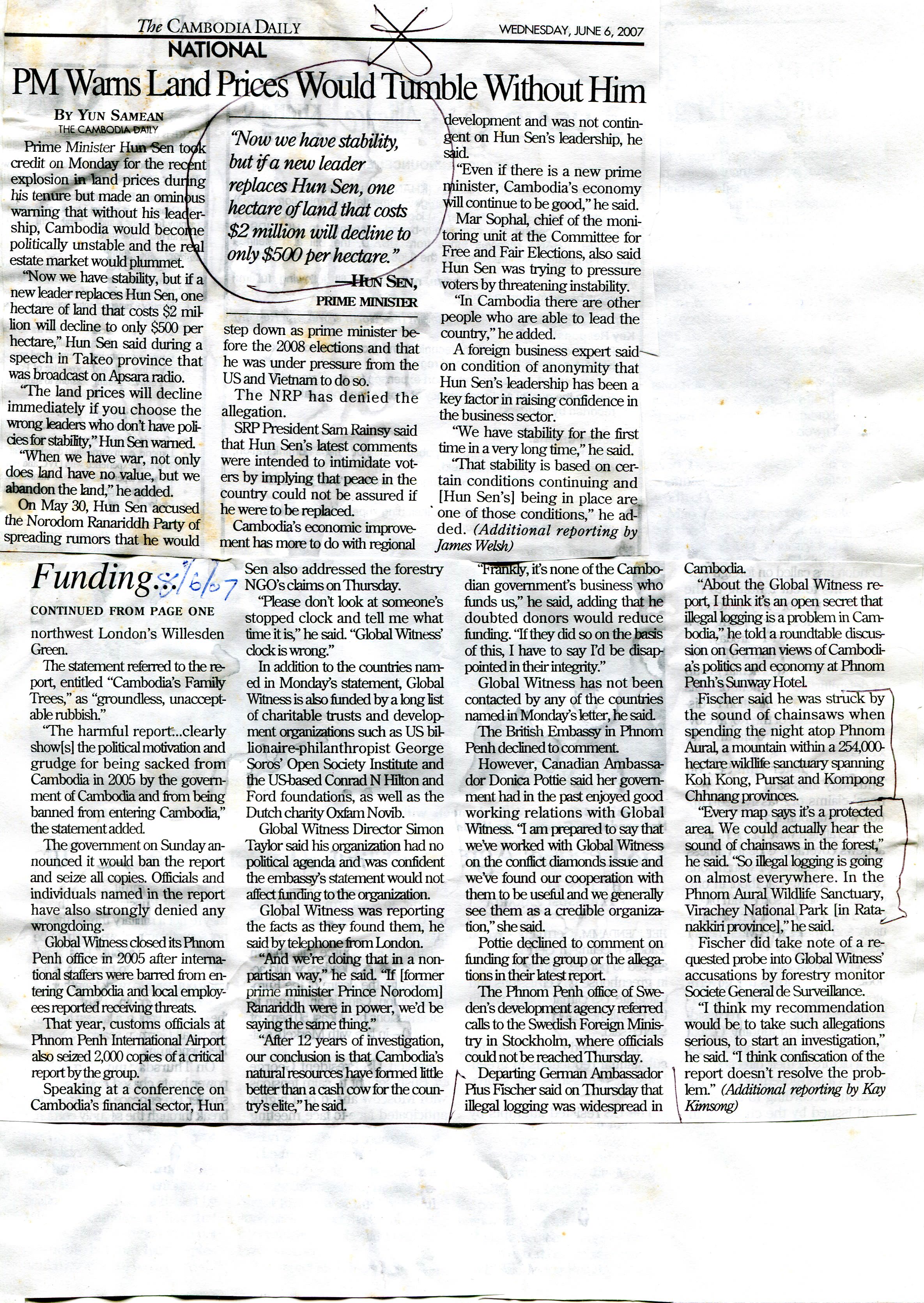 MANILA, Philippines – Brother Richie Fernando, the 26-year-old Filipino Jesuit who died saving his Cambodian students in 1996, is on the road to sainthood.

Father Antonio Moreno, head of the Jesuits in the Philippines, told Rappler on Sunday evening, July 30, that their religious order will work on having Fernando declared a "blessed" and eventually a saint.

Moreno made a similar announcement in a Mass on Sunday, the eve of the feast of Jesuit founder Saint Ignatius of Loyola.

To be declared a "blessed" – or in Catholic terms, to be beatified – is the last major step before one can be canonized or proclaimed a saint. The Catholic Church considers saints as models and intercessors, as Catholics believe that worship belongs only to God.

If the Catholic Church beatifies and eventually canonizes him, Fernando will become the 3rd saint from the Philippines, and the first Filipino saint to have died in the late 1990s.

Fernando was killed on October 17, 1996, after he tried to stop his student, Sarom, from releasing a grenade in a school for the handicapped in Cambodia.

I think it's a misprinted date. More likely from 1999.

The government has decided to terminate a pre-shipment in­spection contract with a Swiss firm and has started searching for another contractor.

Top officials of the Customs and Excise Department for the Ministry of Finance said Wednes­day that the government and representatives from Societe Gener­ale de Surveillance in Geneva met Oct 15 and both verbally agreed to terminate the contract.

The move comes nearly four months after SGS suspended its major inspection operations, ac­cusing the ministry of owing millions of dollars of fees.

“There’s no other way because SGS has still suspended the operations,” said a senior customs of­ficial. “We need pre-shipment inspect­ion services to collect taxes.”

But Richard Hines, SGS country’s chief executive, said Wed­nes­day that nothing has been fin­al­ized yet.

“We have not received any official letter to confirm the government’s intention [to terminate the contract] yet,” said Hines, adding SGS neither agreed nor disagreed with the government proposal when an SGS vice president met Cambodian counterparts two weeks ago. “We have not terminated the contract yet,” Hines maintained. “Solving the repayment issue on the outstanding fee is the first thing to do.”

SGS has solely provided pre-shipment import inspection services since August 1995 when it signed a five-year contract with the government. According to the contract, the government pays a 0.75 percent commission for its services. But the Finance Ministry couldn’t pay all the commission because of lack of budget, officials said. About $6.8 million in debt has accumulated since mid-1997, officials said.

Primarily because of the debt, SGS suspended its major operation on July 1 and proposed the gov­ernment repay outstanding fees by August 2000.

During the Oct 15 meeting, the government agreed to repay all the debt and also proposed to terminate the contract, the customs official said.

Last week, the Customs de­part­ment placed an advertisement for another pre-shipment inspection company.

“We don’t want to blame [SGS], but there was a big gap between the contract and the real implementation,” the customs official said. He claimed the company violated the contract be­cause it has not strengthened Cam­bodia’s custom operations as stated

“We would like to have a contract with a company that will transfer their technology and tech­nical skills to Cambodia,” the customs official said.

Businesses in Cambodia have a mixed view on the government decision.

Kith Thieng, president of the Royal Group of Companies, said that terminating the contract is a good thing to do because SGS didn’t contribute to Cambodia’s econ­omic development.

“SGS has slowed down Cam­bo­dia’s businesses by delaying products shipped in and made [it more difficult for] in­vestors to come to Cambodia,” he said.

But Kuon Khemara, president of the trading company SITCO Ltd, said he hasn’t had any problems with SGS’ pre-shipment inspections, and its services could help quality control.
.
See crook!!!
Top

An interesting letter to editor of the New York Times I found, which is, in part, about HE's metal.
From 1989.

" Cambodia's HE Is Himself Khmer Rouge"

In commending to us the HE regime as the only force capable of standing ''between the Khmer Rouge and their former killing fields,'' your editorial of Nov. 20 (''On Cambodia: Immoral, and Pointless'') neglects to mention that the leading figures of that Government are themselves Khmer Rouge. As battalion commanders in the eastern zone of Democratic Kampuchea, HE, Heng Samrin and Chea Sim played a major role in converting eastern Cambodia into a strict-regime forced-labor camp.

Following directives from Phnom Penh Central, they loyally pursued the extermination of undesirable elements in general and of the Chams in particular. To be sure, they were forced to flee into Vietnam in the fall of 1978, but this was only because of Pol Pot's incredible sense of paranoia and not to any lack of enthusiasm on their part for his policies. HE et al. merit a circle of hell only a short rung removed from that reserved for Pol Pot and his politburo.

The great majority of Cambodians - which is to say those ''non-Communists'' rendered ''marginal'' by the ''Glorious 17th of April,'' in 1975, when the Khmer Rouge seized power in Cambodia, and subsequent events - would like to be delivered from both factions of the Khmer Rouge. But that would entail a large-scale and long-term military intervention by a consortium of Western and pro-Western countries, followed by a massive program of reconstruction aid, of which you would doubtless disapprove. After all, you denounce as ''immoral and pointless'' more modest proposals for intervention which prevented the Khmer Rouge from coming to power in the first place.

Nonetheless, such a program of intervention is essential if Cambodia is to survive as a nation at this late date. DAVID ROBERTS JR. Houston, Nov. 20, 1989