I wonder how much Trumble was paid?

Australia’s deputy PM suggested Canberra would join military action against North Korea if Pyongyang were to fire a nuclear warhead at the US. He also has “sympathy” for calls to enforce trade sanctions against those doing business with the DPRK.

“No one should ever go too far in testing the resolve of the United States of America,” Deputy Prime Minister Barnaby Joyce told Sky News.
Read more
Russian Deputy Ambassador to the United Nations Vladimir Safronkov © Mike Segar Moscow promotes joint Russia-China plan instead of US attempts to ‘strangle’ N. Korea at UNSC

“If North Korea was to deliver a warhead into the United States of America then the ANZUS alliance would be called in,” he added, referring to the Australia, New Zealand, and United States Security Treaty.

When asked what kind of action might be taken, Joyce responded by asking “What would you want?”

“If someone drops a nuclear warhead on a country what do you think happens next?”

Earlier on Thursday, Joyce said Australia had “sympathy” for the idea of cutting off trade with countries doing business with Pyongyang.

“If people want to aid and abet [North Korea], obviously, we can't be supporting them,” he told the ABC’s Radio National, adding that China – Australia’s biggest trading partner – was the “key person” who could affect the intensifying situation with North Korea.

The US has repeatedly urged China to put pressure on North Korea, as its sole economic lifeline. However, a Wednesday tweet from US President Donald Trump appeared to say that such cooperation from Beijing wouldn't be happening.

“Trade between China and North Korea grew almost 40% in the first quarter. So much for China working with us – but we had to give it a try!" Trump wrote.

Tensions between Pyongyang and Washington have worsened since Trump took office, with the US president repeatedly vowing to put an end to North Korea's nuclear and ballistic missile programs.

That threat was reiterated on Thursday, with Trump pledging that Pyongyang will face repercussions over its recent ballistic missile launch, saying it is exhibiting “very, very bad behavior.”

Trump's Thursday remarks came in response to Pyongyang test-firing its first intercontinental ballistic missile on Tuesday. North Korean leader Kim Jong-un called the launch a “gift” for the “American bastards” as they celebrated the Fourth of July.
Jesus loves you...Mexico is great, right?

For D rump to use the phrase,'' “very, very bad behavior.” in reference to anything is beyond the pale. At what point in time did Oz become a USA vassal state. Bout the same era as the UK did? 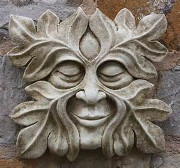 Infuriate a country to the point it has to accelerate it's defensive / offensive weaponry then sell a massive number of expensive THAAD systems to all in range.
Create a market to fill a market.
Millions of people out of work, trillions of dollars not being circulated, that would be the fallout from peace, or so they fear.
Top
Post Reply Previous topicNext topic
3 posts • Page 1 of 1