A film titled “Cirque du Cambodia”, which charts the paths of two star performing graduates of Siem Reap’s famed Phare Circus, is slated for release in early 2018, according to the director Joel Gershon.

Gershon, who lived in Bangkok for 12 years, is now based in New York working on the editing and hoping to forge partnerships to secure “real distribution” in the US and Canada, where much of the film is set.
“I would like to first show this on the big screen and have a festival run,” he said. “And then I’d love to see this on TV and make it streamable.”

The film has been long in the making as Gershon originally conceived the idea after seeing a performance of the circus in its original home in Battambang in 2011.

He finally decided on documenting the international adventures of two young performers, Sopha Nem and Dina Sok, as they travelled from Cambodia to Canada and other countries following their circus dreams...
http://www.khmertimeskh.com/news/39813// 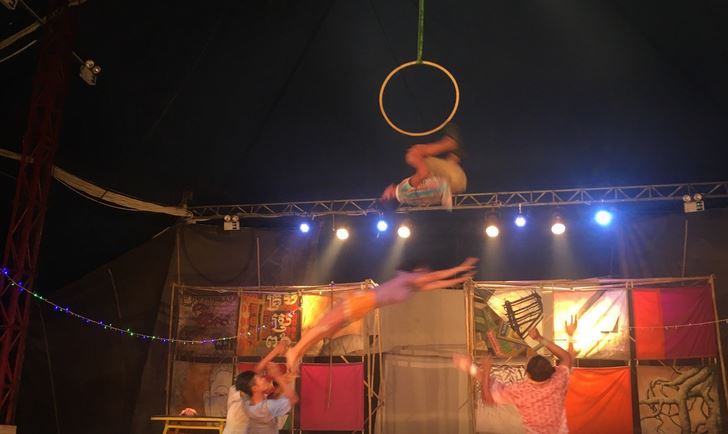 I don't find the circus interesting, always skipped it when passing through Battambang.
I do watch the Tonle Sap documentaries, videos, and anything I can find on it. And a variety of other Cambodia movies and videos that I'll watch more than 1 time.
Different interests for different viewers but I won't watch a circus movie.
Top
Post Reply Previous topicNext topic
2 posts • Page 1 of 1