A Hindu statue that may be more than 1,500 years old has been unearthed in Kratie province by road workers wielding a bulldozer.

The figure of Vishnu—a principal deity of Hinduism, one of Cambodia’s official religions that predated the area’s embrace of Buddhism—was discovered after the tractor struck the arm of the sandstone sculpture on Wednesday morning, said Un Hoy, police chief of Chet Borei district’s Sambok commune.

Mr. Hoy said the statue was in good condition, aside from the now-broken arm.

About 100 officials, villagers and monks had visited the site and made offerings to the figure.

“Officers from the provincial department of culture and fine arts don’t know where it is from, but said that something made from sandstone could have been made in the sixth or seventh century,” he said.
Thai Norak Sathya, a spokesman for the Culture and Fine Arts Ministry, said an expert would be sent to determine the statue’s authenticity, and move it to a museum if it was genuine.

Phon Kaseka, director of archaeology at the Royal Academy of Cambodia, said that judging from a photograph, the figure could be from the Angkorian era, which began in the ninth century.
“Whether it is real or not, I don’t know.”
https://www.cambodiadaily.com/brief/roa ... ie-123305/
The road works site: 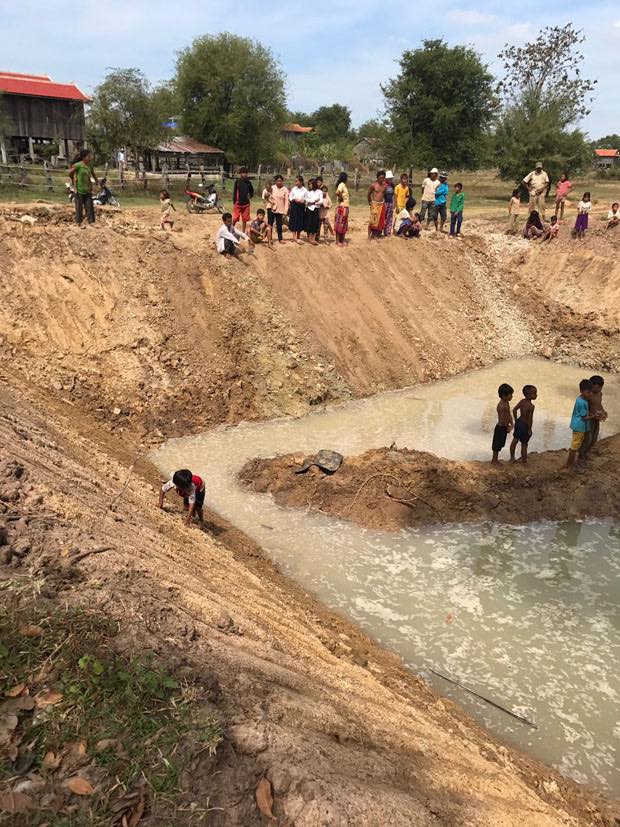