Re: Cop charged for posting nude photos of ex-girlfriend singer. 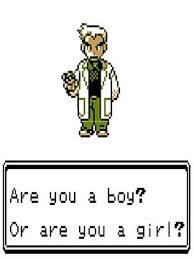 Re: Cop charged for posting nude photos of ex-girlfriend singer.

The Phnom Penh Municipal Court yesterday issued an arrest warrant for an Interior Ministry police officer who in June allegedly posted nude photos of his ex-girlfriend, a famous singer.


A court clerk, who asked not to be named, told Khmer Times the suspect was Lieutenant Colonel Kuy Saksith, 26, an officer with the Interior Ministry’s general department of prisons.


He said Lt. Col. Saksith was sued by Vanilla, his former girlfriend and singer with Pleng Records, in June for allegedly beating her and posting nude photos and video clips of her to Facebook after she broke up with him.


“The investigating judge issued a warrant for his arrest after he did not come to the court for questioning twice as summoned,” he said.


According to the warrant issued by investigating judge Chhae Vireak and obtained by Khmer Times yesterday, Lt. Col. Saksith was charged with “intentional act of violence” under article 217 of the Criminal Code and “pornography” under articles 38 and 39 of the Law on Suppression of Human Trafficking and Sexual Exploitation.


He was charged in absentia by the court’s prosecutor on August 30.


According to Vanilla’s complaint dated July 26 and obtained by Khmer Times, Ms. Vanilla said she had separated from the suspect in early 2016 after he had beaten her.


She said that in June, many nude photos and video clips of her were posted to several Facebook accounts. The posts were widely viewed and shared by people in and outside the country.


“To find truth and justice in this case, I would like to ask the prosecutor attached with the Phnom Penh Municipal Court to strongly punish the suspect by the laws,” she said. Lt. Col. Saksith’s lawyer could not be reached for comment yesterday.

Calling Jamie, come in Jamie, your skills are needed.......

Check out my website for all things Kiwi in Cambodia at https://tiny.cc/j410iy
Top
Post Reply Previous topicNext topic
23 posts