Sihanoukville: According to CEN Daily News, there was a Danish man found dead in a bungalow nearby the sea at Ocher Teal beach. He was found dead around 12:00 am on 04 Jan 2016 located in village number, commune number 4, Sihanoukville.

The owner of the bungalow said, while his staff was looking in each bungalow, his staff found the foreigner dead lying next to the door with excrement all over the floor. Then, he reported it to police to come and check.

Police said, the foreigner named Elowsson Tom Ftemming, Danish, DOB 1950. He had been staying in Tranquility Guesthouse about a month ago.
Following the autopsy, the foreigner died from heart attack and now the body is being kept at provincial hospital of Sihanoukville wating for the decision from the Danish embassy. 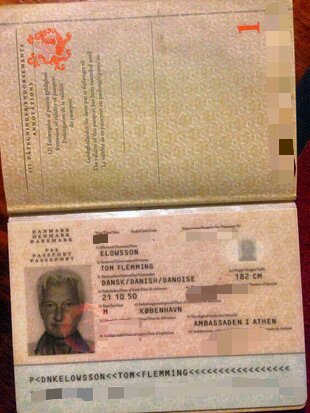 By: Belarus- + | Print
Ville: foreign man who has Danish nationality was lying dead in the lake a logical Ochheuteal next to the coast, and this incident has caused surprised at the time over 12 midnight on January 4, 2015 in the village of Ville 4 ward 4. Carlos Lake, a Khmer, said while staff Locks Lake Carlos. When the No. 2 Lake Carlos alien suddenly saw the man lying dead next to the door, and sawdust filled the room. So also reported to law enforcement to control the scene. Police officers technique scientists have said that foreigners who died ELOWSSON TOM FTEMMING Danish nationality.. Has come to stay in Lake Carlos trademark tranquility Guesthouse for more than 1 month. Through the supervision of a physician forensic Preah Sihanouk Provincial Court and Police Technical Office Sihanoukville scientists said that foreigners who are dying from a heart attack. The corpse after saving in banana plantations Ville Hospital to wait for the decision from the Embassy of Denmark .V / S
- See more at: http://www.cen.com.kh/local/01987579#st ... PMgoW.dpuf
Cambodia Expats Online: Bringing you breaking news from Cambodia before you read it anywhere else!

Can't completely confirm or deny this. What I can say is that he definitely had not been staying at Tranquility Bungalows on Serendipity for a month, if he was there it couldn't have been more than 3 days. Also, he hasn't stayed there in the last 3 months. I think they must have the name of the G/H wrong, or there is another Tranquility in S/ville.
Top
Post Reply Previous topicNext topic
2 posts • Page 1 of 1