If you build it, they will come... you hope.

If you build it, they will come... you hope.


If all goes according to plan, Koh Pich â€” Diamond Island in English â€” a 100-hectare, or about 250-acre, spit of land hugging downtown Phnom Penhâ€™s shoreline, will be home to more than 1,000 condominiums, hundreds of villas, two international schools, a replica of the Arc de Triomphe, a near-clone of Singaporeâ€™s Marina Bay Sands Hotel and one of the worldâ€™s tallest buildings.

As if the Chinese don't have enough empty developments in China to not buy.
Top

I was teaching in Hangzhou last year, and I reckon the Chinese should be obliged to fill their megacity ghost towns before they're allowed to buy overseas. It was eery.
Bodge: This ain't Kansas, and the neighbours ate Toto!
Top 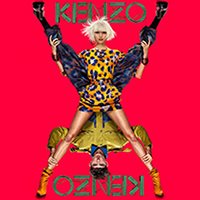 I was living in a small city outside Xiamen for 2yrs. It's scary the number of industrial and domestic developments newly built and empty. They built an entire leather manufacturing complex whilst I was there..... Only one company took over one of the hundreds of buildings.
I tend to sleep in the nude. Which isn't a bad thing except for maybe on those long flights.

Chinaâ€™s â€œghost citiesâ€ may be a lot less ghostly than previously thought.

The phenomenon of eerie shopping malls and completed apartment blocks completely devoid of stirrings of Chinese life has been well-documented in Western media in recent years, from video segments to photo series and more.

But according to CLSA analyst Nicole Wong, those reports might be missing the forest for the treesâ€”or in this case, missing the people for their timing. Ms. Wong, who recently returned from a tour of 137 projects in three Chinese cities often cited for their ghostly developments, says that the presence of empty apartments is thanks to some unusual quirks of Chinaâ€™s real-estate landscape.

Specifically, she noted at Tuesdayâ€™s CLSA Asia-Pacific Markets Investorsâ€™ Forum in Hong Kong, new Chinese apartments are typically sold as virtual concrete shells that buyers must outfit, installing everything from showers to flooring to kitchen sinks to make them move-in ready. Accordingly, Ms. Wong notes, many such â€œghostâ€ developments take awhile to gain tractionâ€”especially as itâ€™s often the sale of the land theyâ€™re sitting on that allows the city to fund subsequent facilities and transportation links that will eventually help make them mature neighborhoods.

â€œWhen buildings are first completed they are actually not that habitable, so it takes a long time before most people want to move in,â€ Ms. Wong said.

In a report on her findings, Ms. Wong notes that buildings completed between 2008-11 in Zhengzhou, Ordos and Wenzhouâ€”often cited as instances of an overly frothy property marketâ€”have typically seen tenants move in over a three-year period. Among such buildings, Ms. Wongâ€™s survey found an average of 48% take-up in the first 12-18 months, another 19% in the next year, and then yet another 15% in the year after that. Such a delay, she says, can be attributed to the fact that residents need time not only to fully outfit their units, but many also like to wait until their neighbors have done so as well to avoid moving in before the dust clouds and drilling sounds have subsided.

In the case of Henanâ€™s Zhengzhouâ€”frequently dubbed Chinaâ€™s â€œlargest ghost cityâ€â€”Ms. Wong notes that a number of media portrayals of the cityâ€™s newer areas have used photographs taken between 2010-12, before the metro system connecting the district to the cityâ€™s more established neighborhoods was completed. On her most recent visit there in August, Ms. Wong said she saw many cars, â€œhordes of pedestriansâ€ and considerable ground activity in addition to curtains and air-conditioners installed in numerous residential buildings.

â€œI asked local people about what they thinkâ€¦about Zhengzhou being a ghost city and the answer is, â€˜What?â€™ They donâ€™t actually have any idea theyâ€™re being labeled a ghost city,â€ Ms. Wong said.

According to CLSA surveys, 65% of middle-income Chinese households report owning just one property, her report notes. But many such property owners aspire to upgrade or buy another, and Ms. Wong suggests they have the potential buying power to do just that, noting that 60% of them have no mortgages.

Still, while the spectral quality of some â€œghost citiesâ€ may be fleeting, other white-elephant developments built in cities with smaller populations, such as northeastern Tieling or Inner Mongoliaâ€™s Ordos, are likely to continue struggling. For example, the deflation of Ordosâ€™s coal mining industry has further hurt the cityâ€™s ability to draw new residents, Ms. Wong notes, spurring vacancy rates as high as 37% in certain neighborhoods, a trend CLSA expects to deepen. Some property developers have suspended work, while others have simply fled.

â€œOrdos people are very realistic,â€ she says of her visit there. â€œThey say itâ€™s absolutely a dead city.â€