Cambodia News, Phnom Penh: A woman who killed her husband during a quarrel was charged with murder by Phnom Penh Municipal Court Judge Kem Mannera, on 25 January 2020. 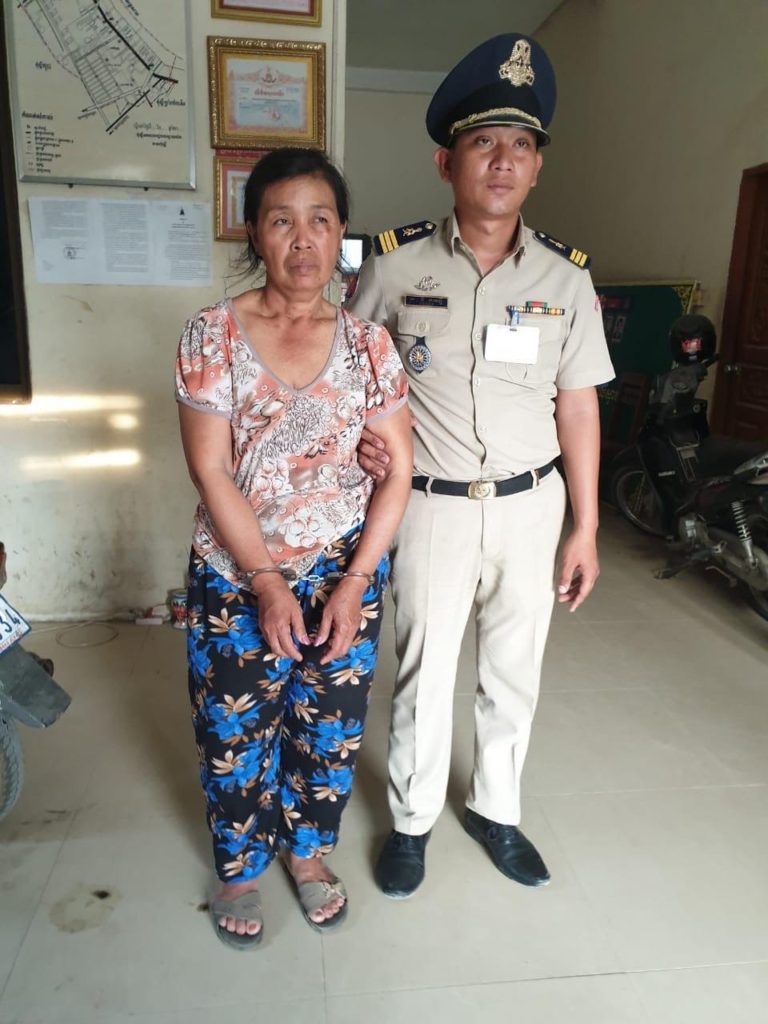 Sok Sovannara, a 58-year-old noodle seller, confessed that on the afternoon of January 21, 2020, she strangled her husband at No 1 house along National Road 5 in Russey Keo district, Phnom Penh.
She said that when she got home that night after working all day, she saw her husband, Sung Kim, who had been drinking for three days in the company of another woman. He was drunk and did not hide that he had another woman and he told his wife that he wanted a divorce. The woman said that she saw red because she was mad with rage against her husband, so she took a krama and strangled him to death. He was weak after 3 days out drinking with no food, so he did not resist much.

When she saw that she had killed him, the woman then called her husband's relatives to tell them, and then went straight to the village chief to give herself up. She was detained immediately and sent to the Russey Keo Police Inspectorate.
Cambodia Expats Online: Bringing you breaking news from Cambodia before you read it anywhere else!