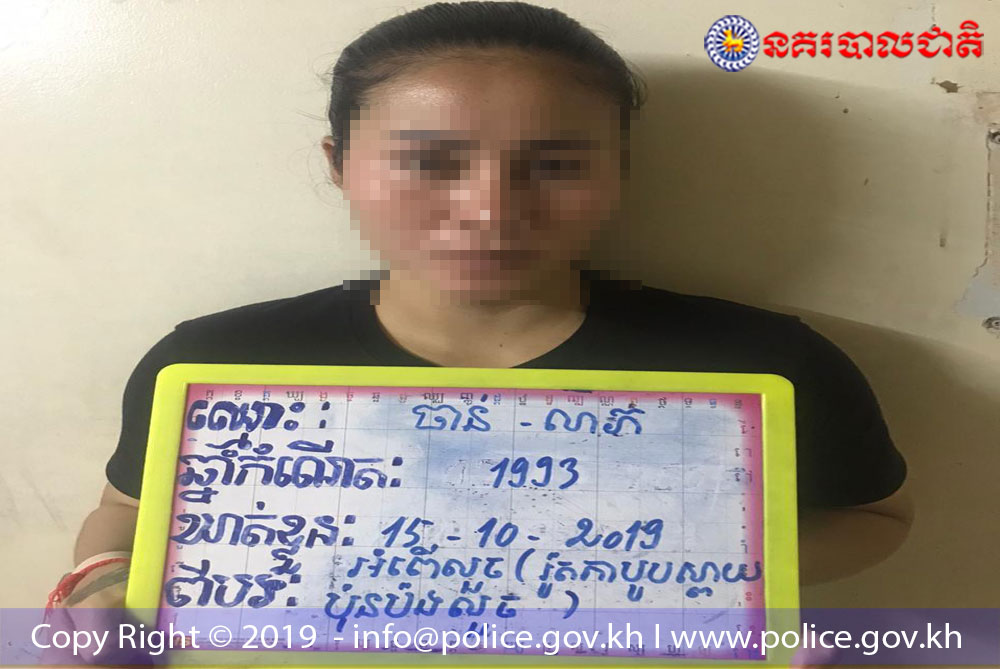 Cambodia News (Phnom Penh): A 27-year-old woman, Chan Leap, a seller, was arrested for pickpocketing in front of Olympic stadium, on street 217, Sangkat Veal Vong, Khan Prampi Makara, Phnom Penh. The victim was identified as Ouk Kimleng, a 20-year-old woman student.
There was an international football match on at Olympic stadium, where the Cambodian team was playing against Iraq in the FIFA World Cup 2022 Qualifiers. As a result, the venue drew a crowd, which attracted some pick-pockets and thieves.
The suspect was taken into custody and police confiscated a bag containing 100,000 riel. The suspect and the evidence were sent to Khan 7 Makara police station.
Cambodia Expats Online: Bringing you breaking news from Cambodia before you read it anywhere else!