Unexplained Shooting at a Couple in Kampong Thom Shop

Unexplained Shooting at a Couple in Kampong Thom Shop

A botched robbery, or perhaps the couple owe money to someone and this is a reminder ? 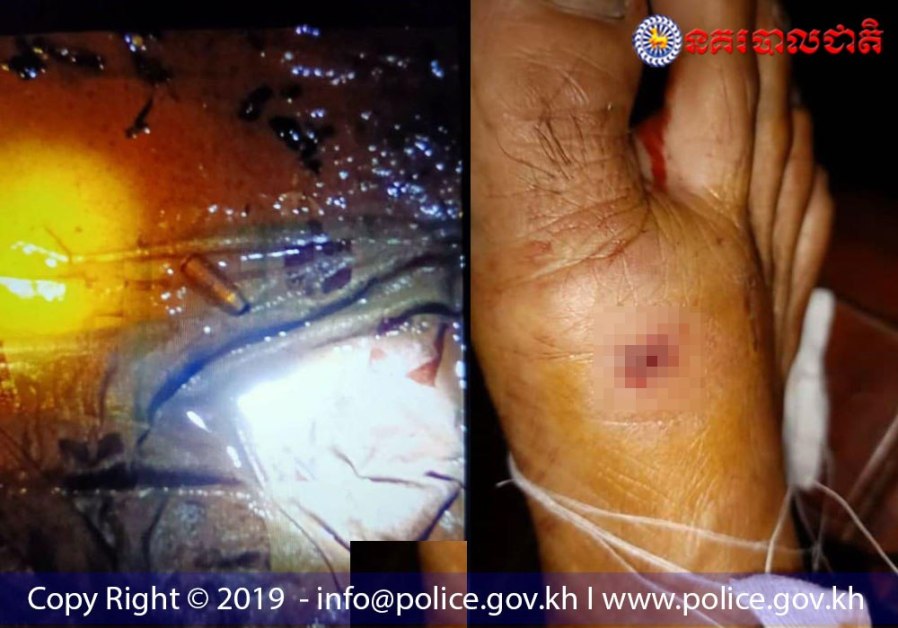 Cambodia Breaking News (Kampong Thom): On September 21, 2019, at 7:30 pm, a suspect used an AK gun to shoot at a couple in a shop, Kronhong village, Santok district, Kampong Thom.

According to lieutenant Teth Samnang, the victims were identified as Mean Sas, a 49-year-old woman who escaped unharmed, and her husband El Roun, 54 years old, who was hit by a bullet.

On the evening of the shooting, the victims were in their shop, when suddenly, an unidentified suspect came to their shop with his gun and shot twice at the woman, but he missed her both times.
The woman called her husband for help, and then the suspect shot at her husband, injuring him on his foot. The suspect ran away to escape.

The police are searching for the suspect.
Cambodia Expats Online: Bringing you breaking news from Cambodia before you read it anywhere else!

Is his foot abnormally large? I don't think that's a gunshot wound.
Top

Bullet in pic looks more like a .22 rimfire
Cambodia,,,, Don't fall in love with her.
Like the spoilt child she is, she will not be happy till she destroys herself from within and breaks your heart.
Top