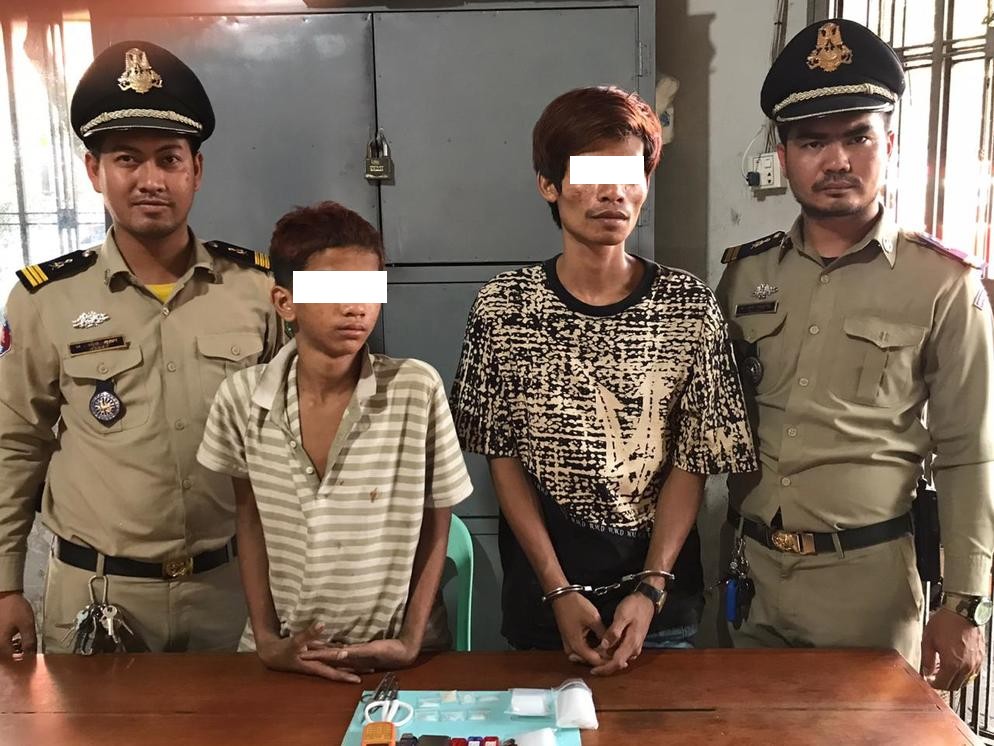 Cambodia News( Phnom Penh): On January 10, 2020, at 3:30 pm, the police arrested a 14-year-old boy, Vy Davan, for drug trafficking along the railway in Sangkat Sras Chok, Khan Don Penh, Phnom Penh.
After questioning the boy, the police searched for another suspect and arrested a 15-year-old named Soun David, in a rented house. The police confiscated seven packets of drugs (methamphetamine), a set of scales, some plastic bags, and other drug equipment.
A man, identified only as Vid, was named as the drug supplier and ringleader of the traffic, and he is being actively sought by police.

The police are questioning the suspects for case preparation before sending them to Khan Daun Penh police station.
Cambodia Expats Online: Bringing you breaking news from Cambodia before you read it anywhere else!

Is the one on the right the 15yo? Looks much older and much more drug revenged than the smaller boy.
Top

To think this evil shit is being produced by the ton.
Kids ruined.
In South America there is this shit called paco..the leavings from cocaine production mixed with kerosene and other shit...50 times stronger and very addictive..punks smoke that shit ..the high lasts 15 minutes.
The coke is shipped out to US and Europe..etc..
The paco is for the kids.
There is true evil all across this World.
Seeing kids selling ice is fucking heartwrenching.
Top