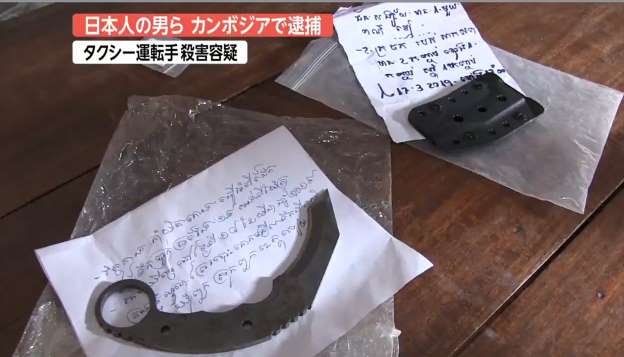 That's wannabe special forces shit there, they've probably been playing Counter Strike Go (or something similar) too much. I remember seeing a lot of ridiculous looking knives in markets in Thailand. 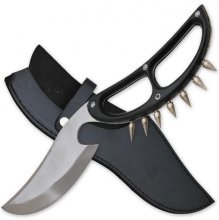 Apparently these two thugs are now the story in Japan. It seems like every news station has sent out reporters. Very non-Japanese behavior, and therefore sensational.

The Karambit one guy was carrying is a very effective defensive knife. I keep one as a last ditch if the pond scum have gotten in past all the other measures.

newkidontheblock wrote: ↑
Wed Mar 20, 2019 9:23 pm
The Karambit one guy was carrying is a very effective defensive knife. I keep one as a last ditch if the pond scum have gotten in past all the other measures.

Cheers, I had no idea what a Karambit was. I would never want to use a knife as a weapon, unless it's like you say a last chance thing. Too messy.

I just found the closest thing on Google to what I'd seen on sale in Thailand in the late 90s, crazy-looking things.
I think they might have been popular just because they look badass when wielded by some Karen Heroin dealer or other gangster.
It's easy to get nice folding/ lock-knives here (I don't even have a knife, I've just seen them on sale) but I've never seen anything like the one in the pictures.
Top

newkidontheblock wrote: ↑
Wed Mar 20, 2019 9:23 pm
I keep one as a last ditch if the pond scum have gotten in past all the other measures.

"all the other measures"? Jeez newkid, what are you packing? 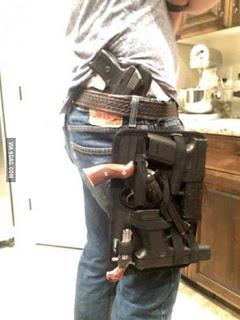 The multi-gun trouser holder looks silly. A tactical belt is for assaulting a location, not an ounce of everyday prevention for preventing the scum from getting to you.

Western scum ain’t like the jaow in Cambodia. Think closer to Mainland Chinese gang robberies. They’d rather take your life first (leave no witnesses) then your possessions second.

Plenty of good citizens getting robbed and shot in their parking lots/driveways/porch/front door here. Gangs move in groups of up to half a dozen at a time. They favor hitting houses while people are home so the security alarms don’t get tripped.

Cops take minutes to respond. Scum take second to kill and rob. Scum pick the date, time, and location. Good citizens are always on the short end in defending their lives and possessions.

The knife is truly a last ditch item for when the scum have snuck past or fought past all the others. A kitchen knife is designed for chopping vegetables. Not so easy on two legged predators. An auto or flip knife needs to be activated to be useful. A karambit is pick up and swipe - a deadly surprise for the pond scum that might give them pause to either allow the cops time to arrive, allow one to flee, or convince the scum to go somewhere else.
Top

wow i would not of expected this, Japanese meth heads in poipet....
Freelance coder / web developer. I make REAL web applications.
c#, NodeJS, Python... Contact ME !! I work for 50c beers !!!
Top

console wrote:wow i would not of expected this, Japanese meth heads in poipet....

Neither do the Japanese. Hence the media spotlight on them from Japan. Interviews appear to be almost like an interrogation.
Top

yes, you are correct...the dudes just could not drive after killing a guy...
unless, the Toyota had been modified ...new engine and manual tranny... installed...
probably just the yaba ice....
Top

March 21, 2019
Japanese Ambassador extends condolences to family of murder victim
The two suspects are being held in Siem Reap prison pending their trial, and could face life imprisonment if convicted. 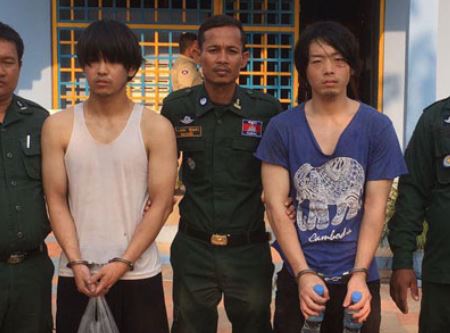 The Japanese Ambassador to Cambodia has expressed his condolences for a taxi driver who was murdered by two Japanese tourists in Siem Reap province on Sunday.
“I am deeply saddened to hear of news that a taxi driver, Mr. Hoem Chan, was killed by two Japanese nationals on 17 March 2019,” Japanese Ambassador Horinouchi Hidehisa said in a post on his embassy’s Facebook page on Wednesday.
https://www.khmertimeskh.com/50589051/j ... er-victim/
Cambodia Expats Online: Bringing you breaking news from Cambodia before you read it anywhere else!