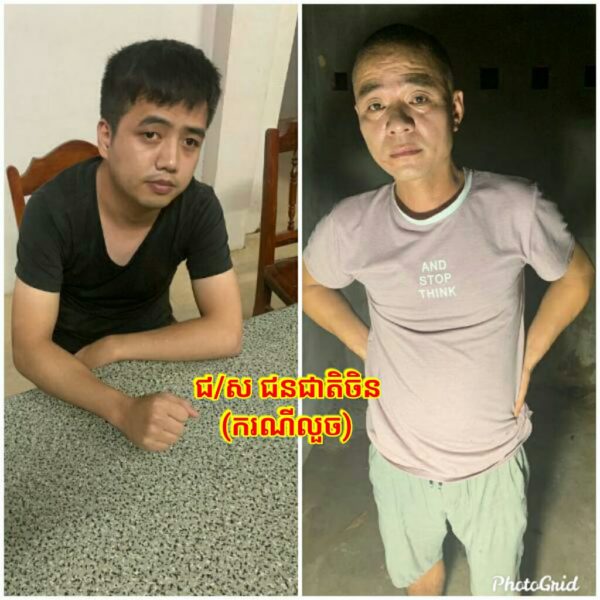 Cambodia Breaking News(Svay Rieng) :On September 23, 2019, at 1:30 pm, two Chinese suspects have been detained by authorities in connection with a victim's complaint with a burglary case in a barbershop.

The victim, a Chinese man named Zhang Hai, a 37-year-old Chinese hairdresser, claims that he lost US$ 22,000. After receiving the complaint from the victim, the prosecutor Kong Chan Khemrith ordered a special force of Bavet police led by Lieutenant Colonel Koy Yieng, Deputy Inspector General of Immigration, to detain the two suspects at their motel room in Bavet City.
They are being held for questioning at the Bavet City Police Inspectorate.
Cambodia Expats Online: Bringing you breaking news from Cambodia before you read it anywhere else!