Haven't seen a thread on this one yet.


Cambodia’s ruling elite are patriots who would never hide money abroad, says the country’s leader, HE. But a Reuters investigation shows that HE's family and officials have overseas assets worth tens of millions of dollars, and some have bought themselves European citizenship.


(Reuters) - Opposition parties in Cyprus on Thursday called on the government to explain how relatives and allies of Cambodia's leader acquired Cypriot passports under a secretive investment for citizenship scheme.

A Reuters investigation revealed that family members and allies of Cambodia's long-time prime minister, HE, have overseas assets worth tens of millions of dollars and have used their wealth to buy foreign citizenship - a practice HE has decried as unpatriotic.

"Where does the issuance of passports stop? Until when will we stop apologising internationally? Finally, there is a fire with the smoke," Charalambides wrote on Facebook.

"This is an international ridicule, which is not covered by any justification. The Minister of Interior is required to answer."

Eight family members or allies - including Cambodia's police chief who has been instrumental in clamping down on dissent, and its finance minister - sought and received Cypriot citizenship in 2016 and 2017, Reuters reporting showed.

I'd love to see the list of names.
Ex Bitteeinbit/LexusSchmexus
Top

The original article has them.
Silence, exile, and cunning.
Top

(list of names at bottom of the page)
Top

I posted the Reuters article here a couple of days ago. Lots of details and names.
darknet-cambodia-news/when-the-going-ge ... ml#p370703
Top

Awesome, I read the second link which had almost no information in it. I'll have a closer look when I get the chance. Good stuff.
Ex Bitteeinbit/LexusSchmexus
Top

Oh how embarassing, nothing new cypress has been a safe haven for decades, its where the british underworld retire since spain started extraditing.
Top 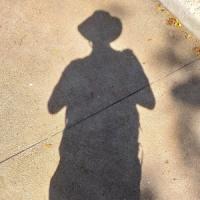 The proverb goes: The fish stinks from the head first!

Numerous leading statesmen and women use their position, power and money to be safe abroad with the added assurance of a secure nationality. Was in the past with the Philippines, Vietnam, Saudi Arabia, Libya, Argentina, Brazil, Mexico and much more african states.

Cyprus has a lot of russian leader banks and big problems with EU standards and deals or contracts still coruppt. Many crimes and cases with international police and other investigations after disclosure of some money laundering and other criminal acts involving Cypriot banks and government. Similar to the Panama Papers.

And of the political leadership and other rulers here in Cambodia - it just surprises me that there are only so few.
Top

A long while back there was member of CEO who used to teach the children of the HE ruling class. He fervently believed that the children would see the light and change the country. He in the end, he admitted he was disappointed. The children just followed in their parents footsteps.

newkidontheblock wrote: ↑Sat Oct 19, 2019 6:31 am A long while back there was member of CEO who used to teach the children of the HE ruling class. He fervently believed that the children would see the light and change the country. He in the end, he admitted he was disappointed. The children just followed in their parents footsteps.

As the saying goes. Absolute wealth and power absolutely corrupts.


One just has to look at past history and we will find that politicians children often follow in their parents footsteps, the same as actors, singers, and any other profession, so it's no surprise.
At the other end of the ladder it's also the same , whether it's beggars children , or garment factory workers children, mostly they still follow in their parents footsteps.
Cambodia,,,, Don't fall in love with her.
Like the spoilt child she is, she will not be happy till she destroys herself from within and breaks your heart.
Top
Post Reply Previous topicNext topic
11 posts