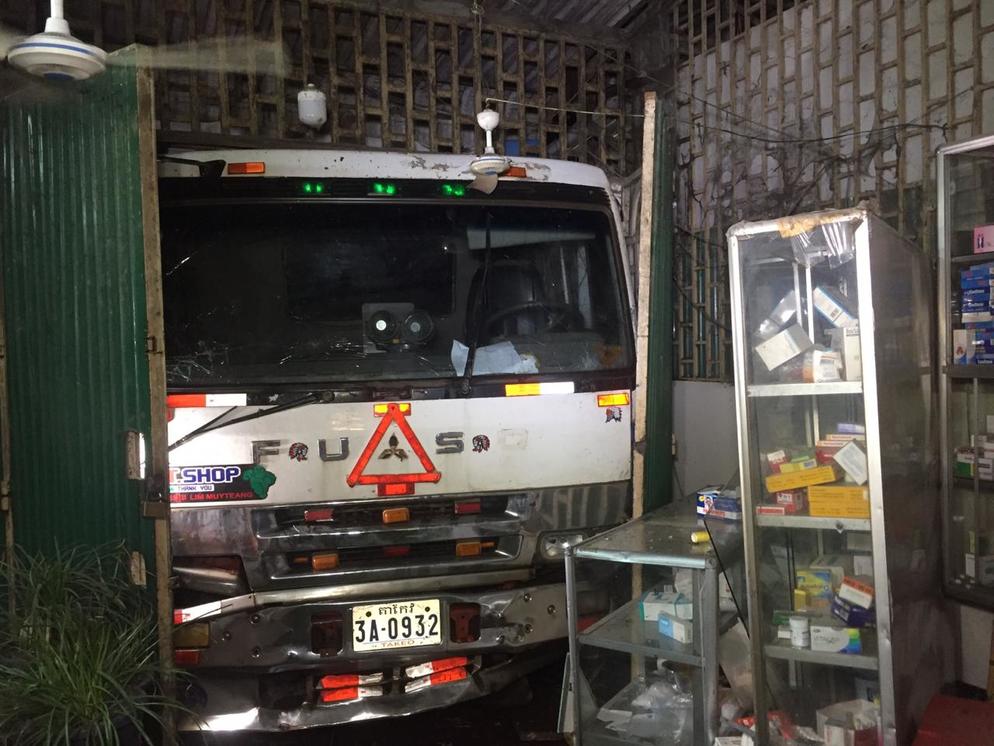 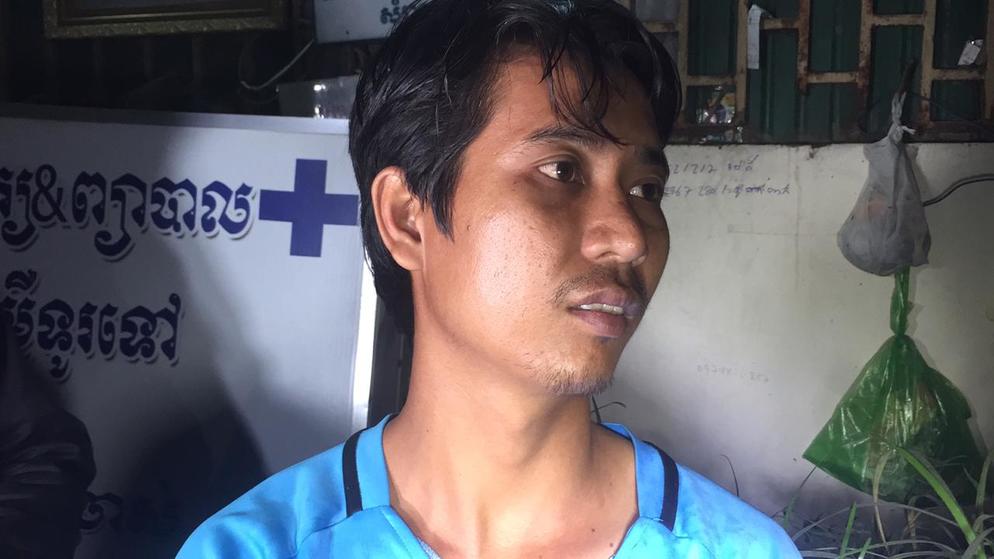 The driver said before the incident he was driving the container truck plate Takeo 3A-0932 on Veng Streng road in the direction from west to east at high speed. He nodded off at the accident scene, where the container truck smashed into a shophouse, where there is a medical clinic on the ground floor. There was some quite considerable material damage, but fortunately nobody was injured. The driver presumably woke up with a start, but he was not awake enough to flee the scene. 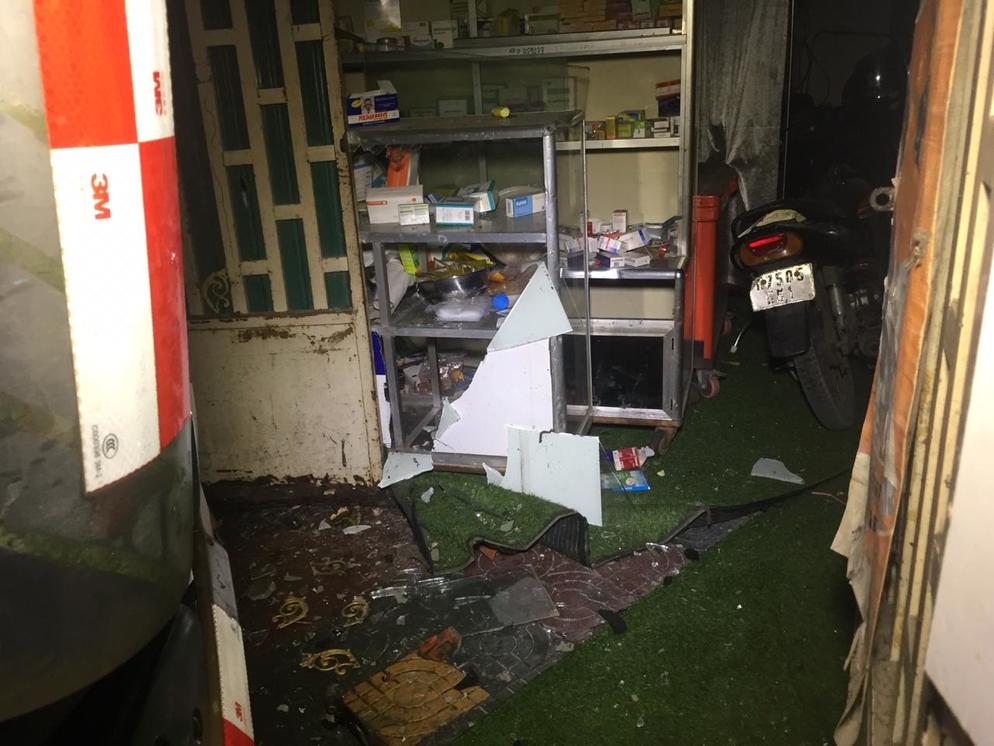 After the incident, the traffic police went to the scene to check the accident. The container truck was towed away to keep at the police station, waiting to sort the problem out later. 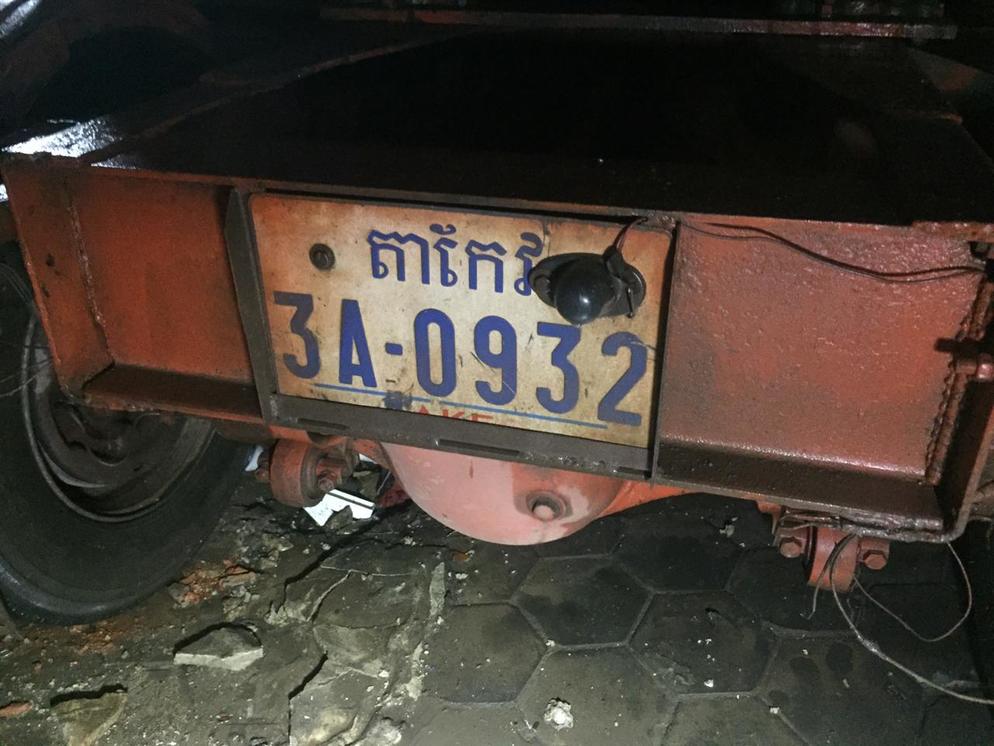 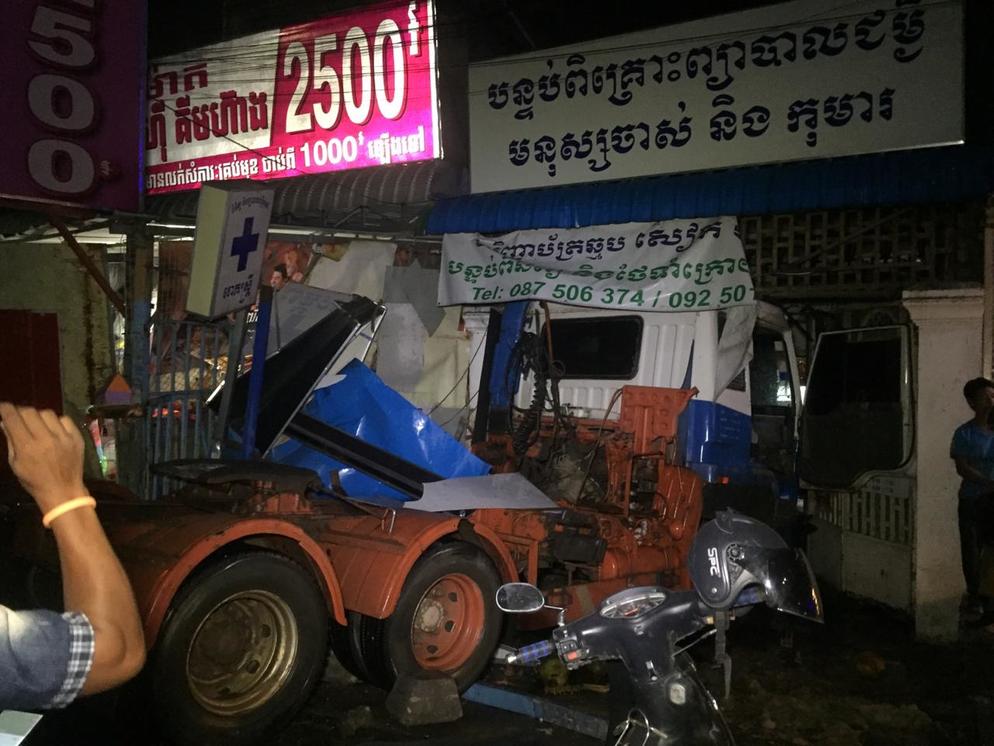 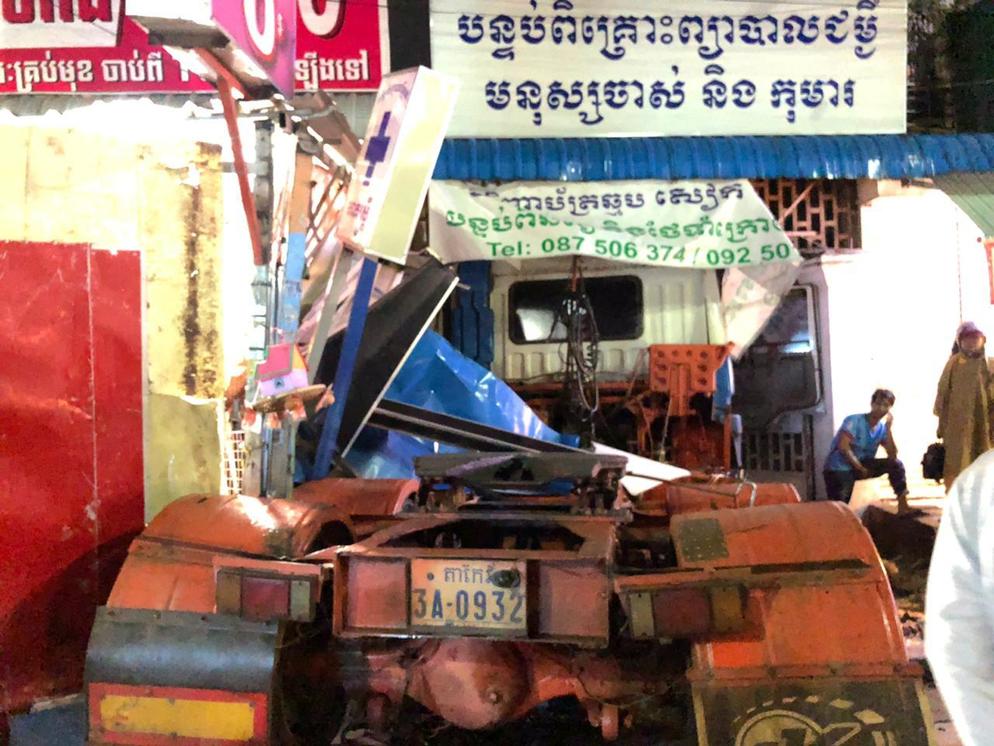 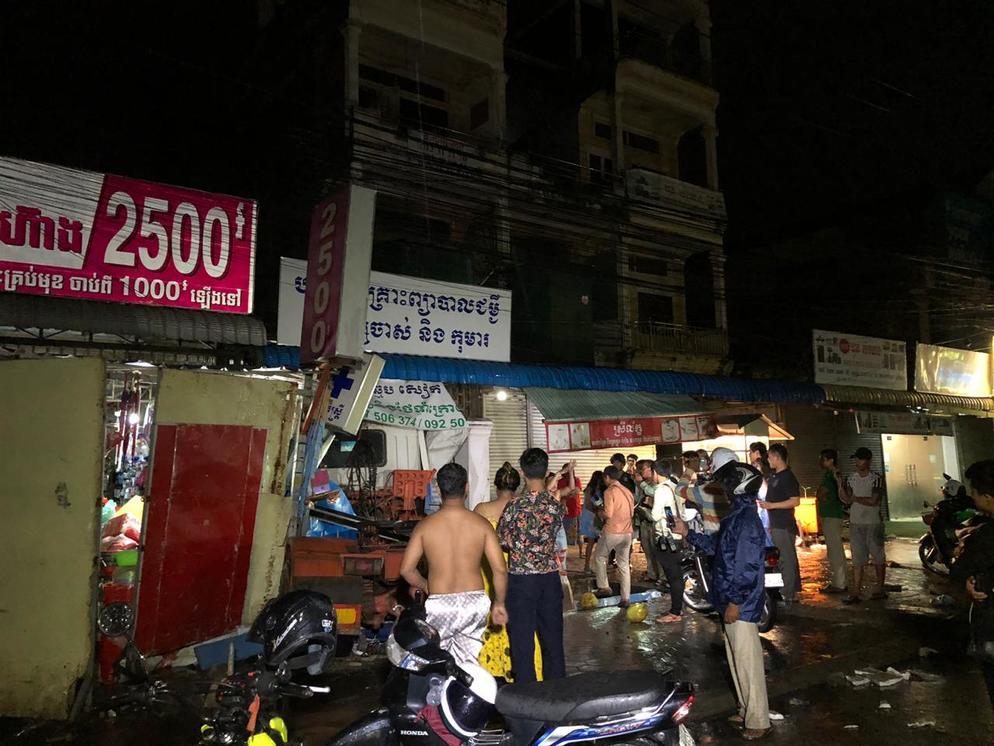 ]
Cambodia Expats Online: Bringing you breaking news from Cambodia before you read it anywhere else!

Full of methed up drivers steaming their no-lights, pollution spewing juggernauts down the road not giving a fuck.

I confess it can be a terrifying experience, even after driving here for years.

A close second is 'Death-Road' outside the airport where the drunk Chinese cause mayhem and carnage two or three times a week.

Anyway, at least the driver got the right place for his "medicine" and bandages
Top


I hate it in the day too, and especially in the evenings - it's seriously overpopulated.
Silence, exile, and cunning.
Top

Who gives a truck?
Top

CEOCambodiaNews wrote: ↑
Wed Oct 16, 2019 4:25 pm
The driver presumably woke up with a start, but he was not awake enough to flee the scene.

CEOCambodiaNews wrote: ↑
Wed Oct 16, 2019 4:25 pm
The driver presumably woke up with a start, but he was not awake enough to flee the scene.