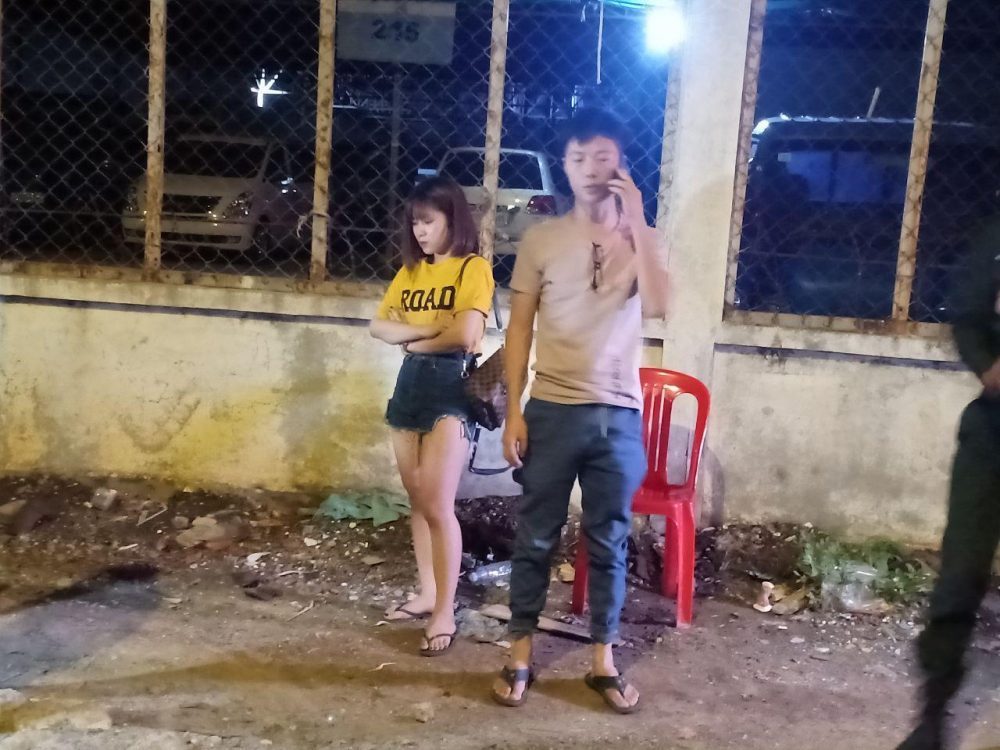 Cambodia Breaking News (Phnom Penh): On the night of July 09, 2019, at 11:40 pm, there was a collision between a train and a Lexus RX300 car, driven by a Chinese man with two Cambodian girl passengers, on a crossing at Hanoi road, Khan Sen Sok, Phnom Penh.

The report says that the train was slowly crossing the road at a crossing, with no barriers lowered and no warning bells, when suddenly, a Lexus car, plate no.PP2T-4519, drove straight into the train at high speed. The car was severely damaged and one person was injured. 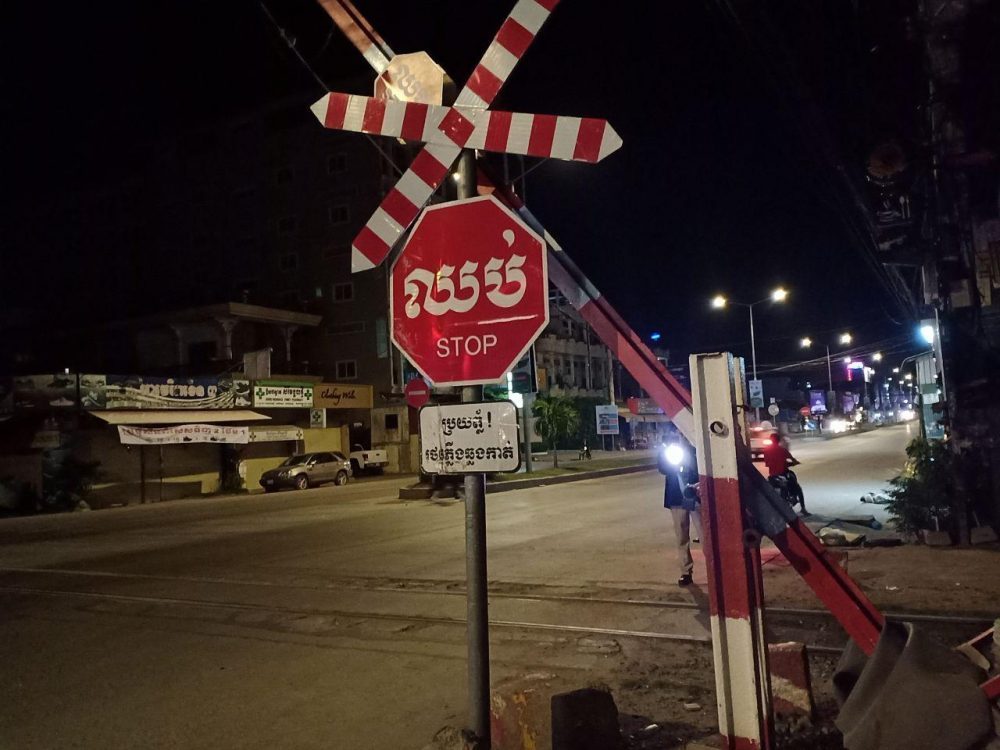 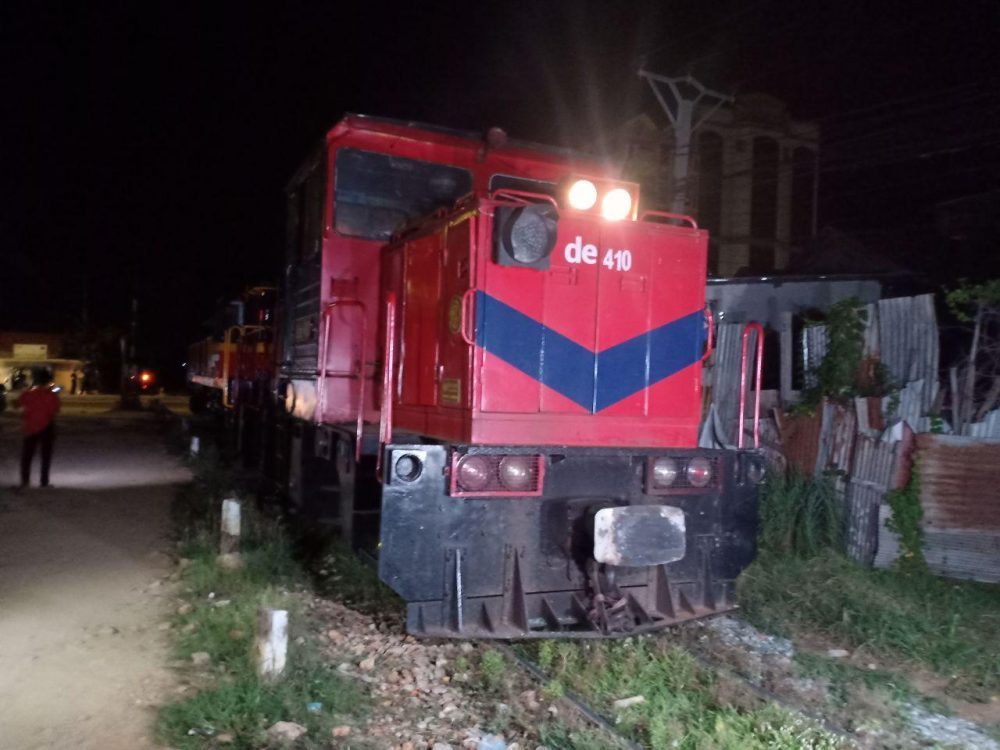 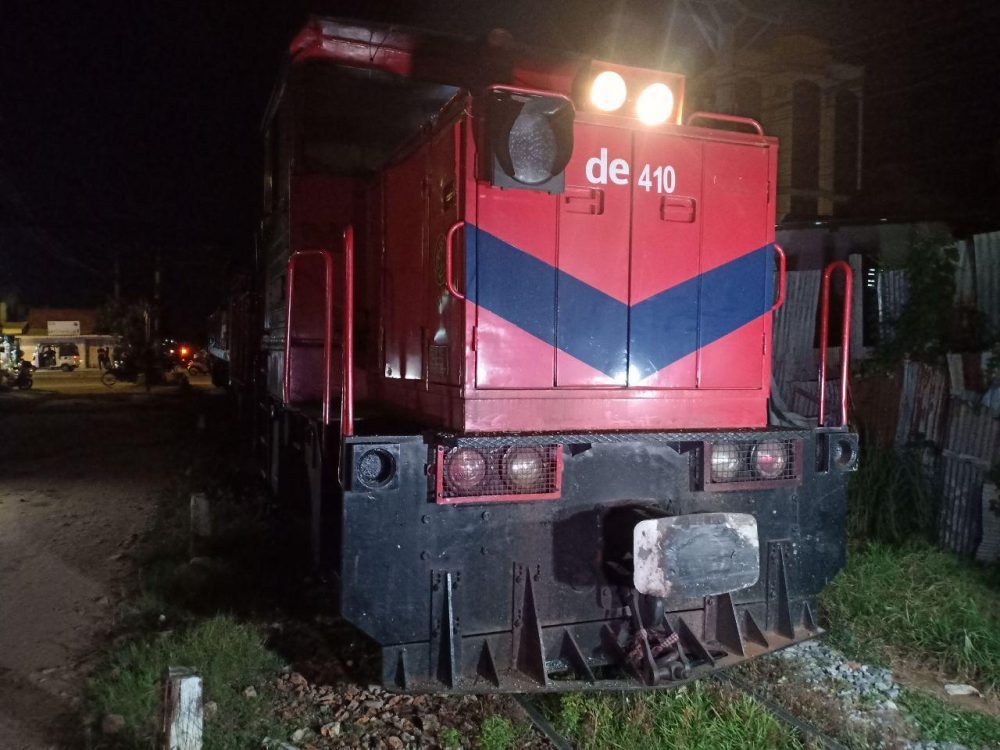 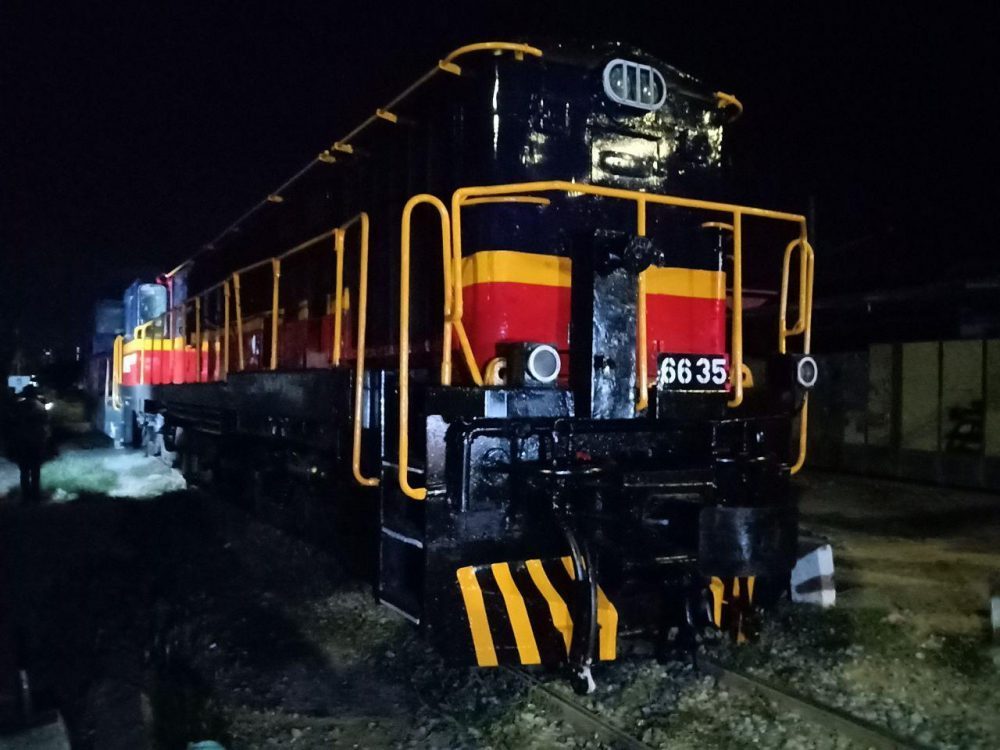 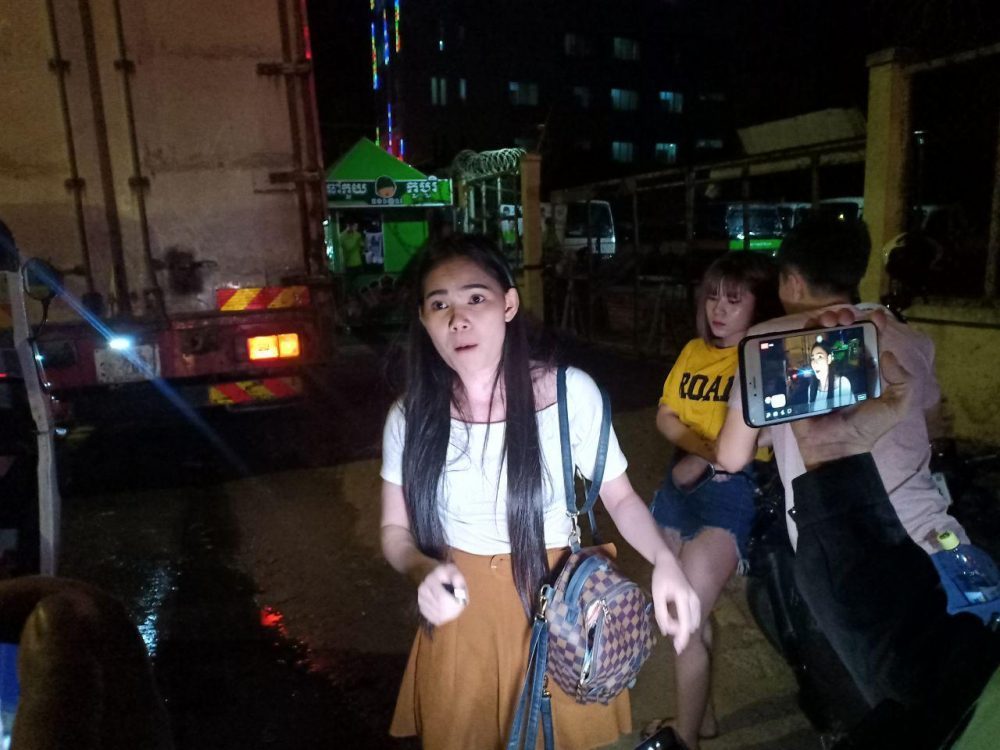 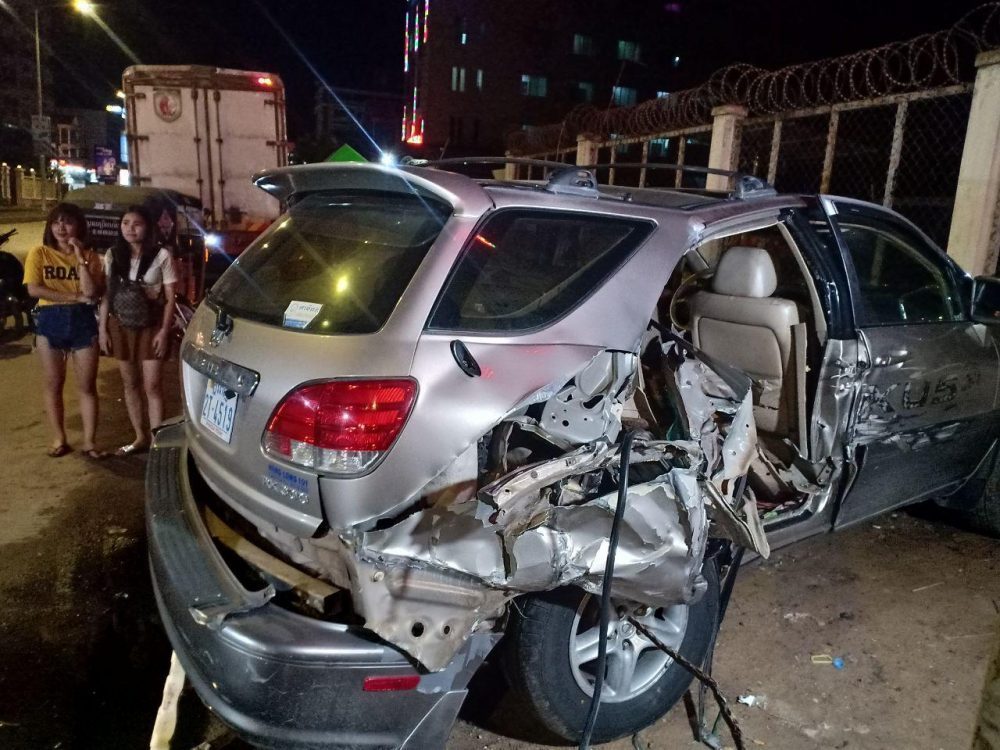 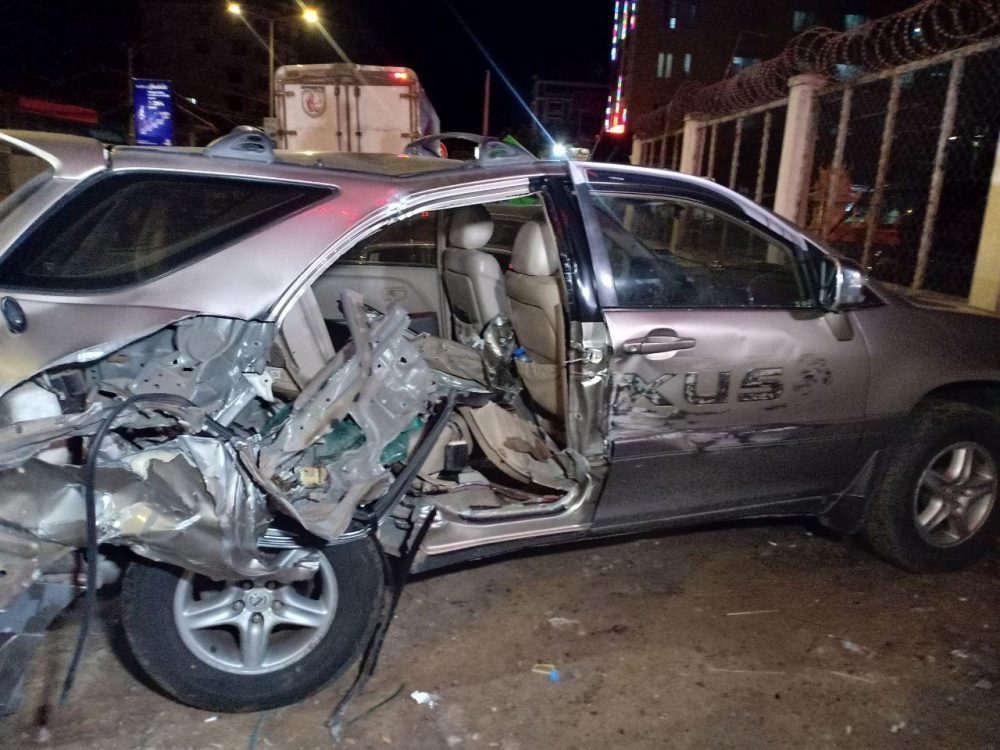 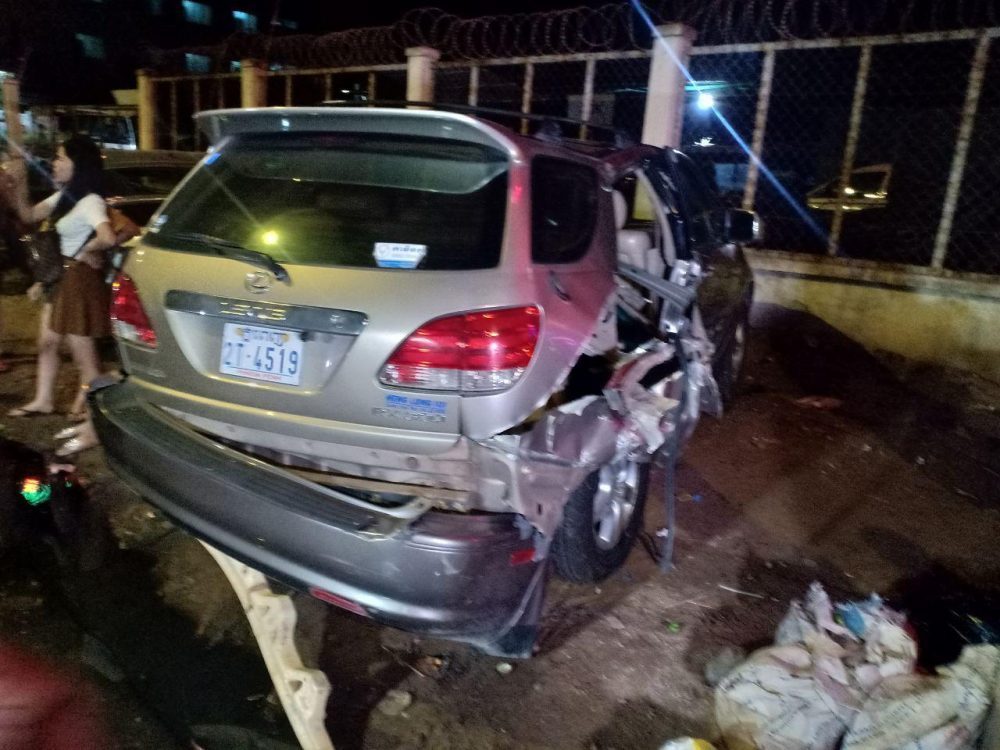 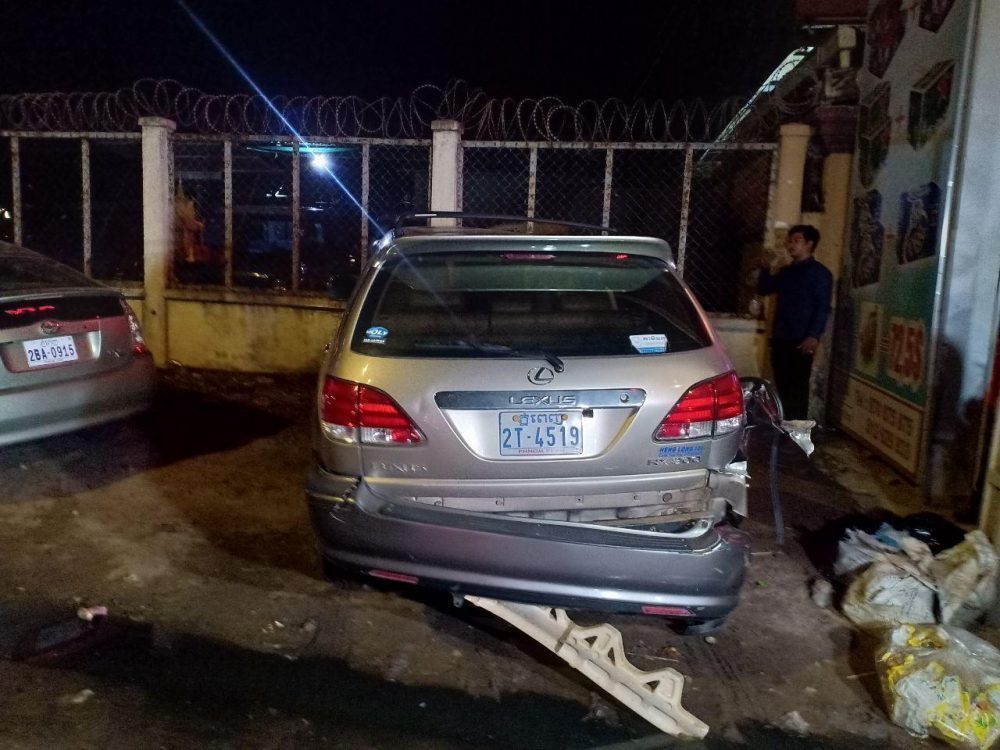 Pretty sure the train is always right.
Top

Why weren't the barriers down? (It's Cambodia)

Why did the car driver not see the train and go through a stop sign? (He was on his phone).
You could be next.
Top

It seems more likely the train hit the car than the other way round. The damage would suggest it almost made it through the junction. Those are manually operated barriers, dude driving the train would have had to get out to close them and I imagine he's not allowed to honk his horn that late at night. Gonna be a tricky one.
Top 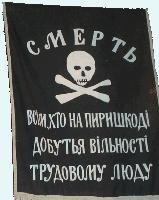 From my experience, they lay on the horn regardless of the hour. Having said that, drivers usually still try to be the last one to sneak past it. Last time I took the train the driver was screaming profanity at the traffic trying to get the right of way, in between deafening train whistle blasts. It still hasn't gotten weird enough for me.
Top

It looks more like the train drove straight into the car

Yea, I bet the train was '' speeding '' and couldn't stop in time.
Cambodia,,,, Don't fall in love with her.
Like the spoilt child she is, she will not be happy till she destroys herself from within and breaks your heart.
Top

Damn, the red/yellow/blue is one of their brand new third-hand locos they just got from Malaysia (originally from India). Hope they didn't scratch the paint too bad.
No matter how much it rains, the dirt never washes away.
Top