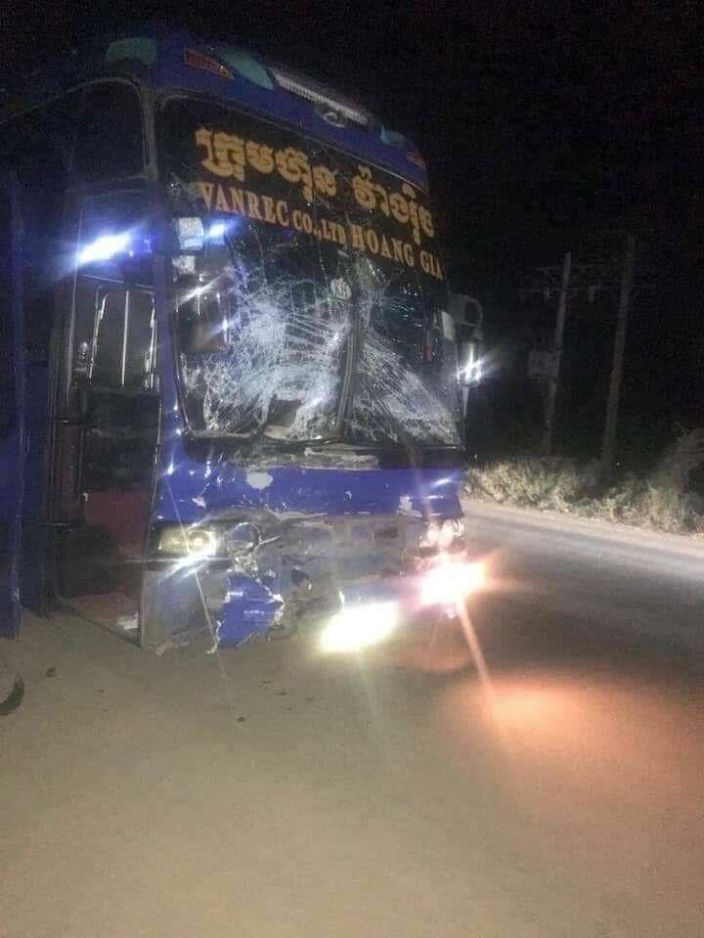 Cambodia News (Kandal): On December 6, 2019, at 08:45 pm, there was an accident between a tourist bus and a motorbike causing the death of three people, on national road 1, Kean Svay district, Kandal.

Before the incident, a tourist bus, plate no.PP 3C-8879, drove in the direction from Phnom Penh. Suddenly, there was an accident when the motorcycle cut in front of the bus, and was crushed, killing the three people on the motorbike. The victims were identified as Pan Chem, a 33-year-old man, Som Makara, 30 years old, and another victim has yet to be identified. Witnesses at the scene say that the accident was caused by the reckless motorbike driver.

The bodies were sent to their families for funeral preparation. The bus was taken to keep at the police station. 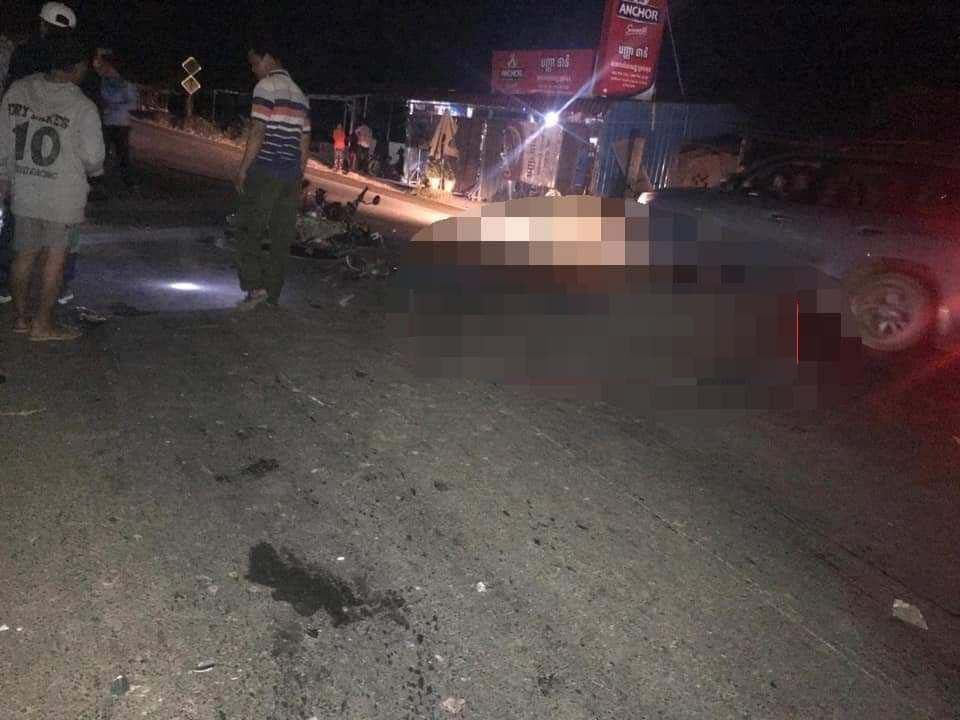 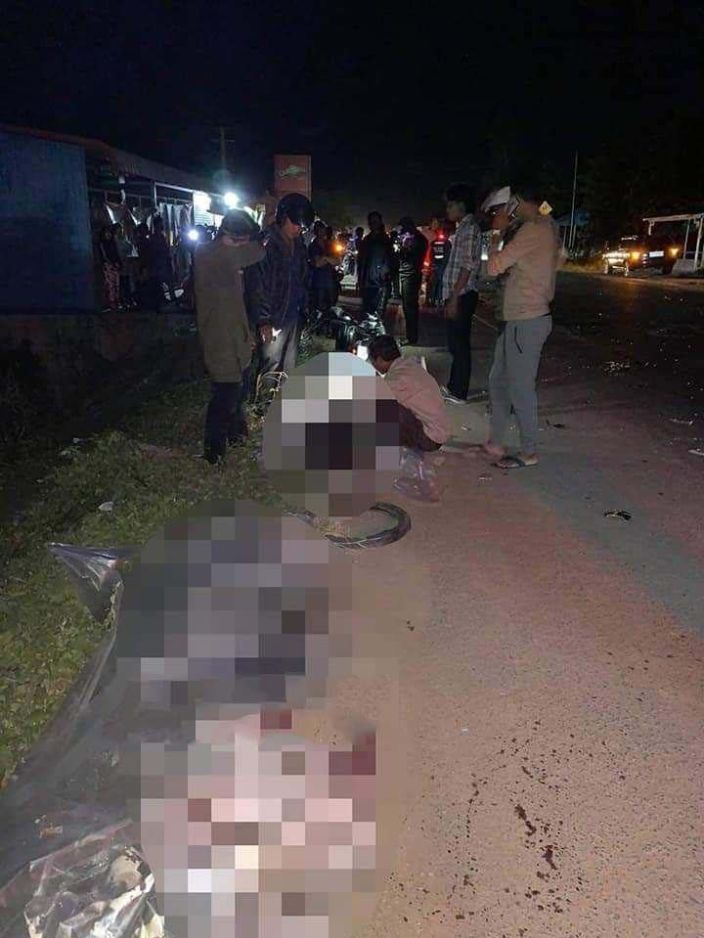 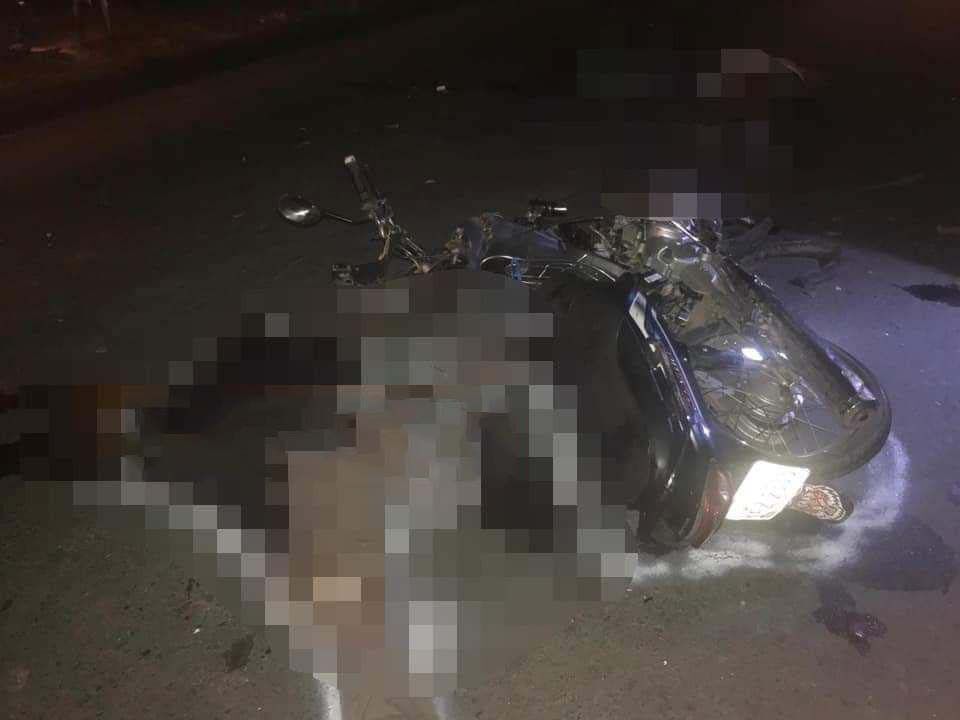