The cops arrested a man who snatched a bag from a 23-year-old British woman named Clarissa Minni on St. 174.

The cops saw the incident and chased the offenders, but the driver of the motorcycle got away.

They tested the thief's urine for drugs, and he tested positive. 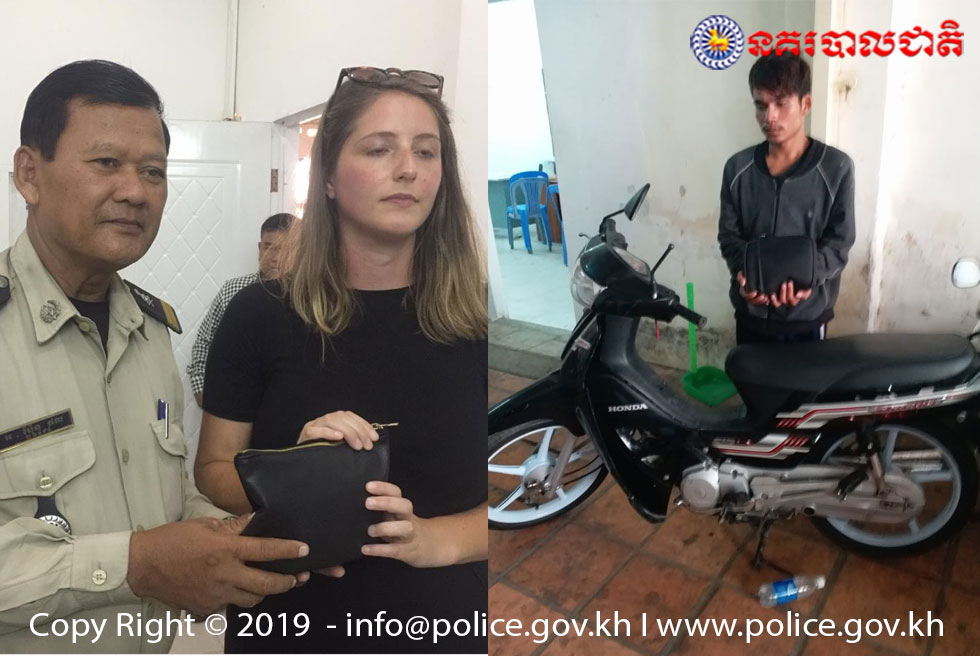 The police reported that two suspects rode their motorbike up to a British woman who was walking on street 174 with her friend, and snatched her hand bag. She screamed, the police came running, and one of the thieves was detained. The two men have been identified as Oun Sitheth, 20-year-old, who is in custody, and his friend, a thief named Long, 22, who is still at large.

The authorities confiscated a black bag from the suspect as well as his motorbike. The suspect also tested positive for drug use. Police officers are questioning the suspect in order to arrest his accomplice.
Cambodia Expats Online: Bringing you breaking news from Cambodia before you read it anywhere else!

Re: British Woman Tourist Gets Bag Snatched in Phnom Penh