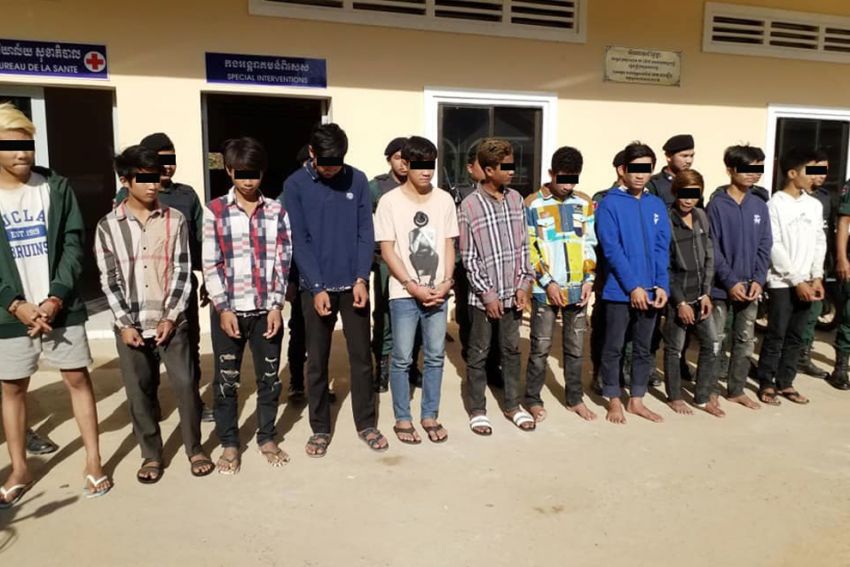 Eleven “active” snatch crime suspects were sent to the Preah Sihanouk provincial court on Sunday after they were arrested last Thursday in the coastal province, provincial police said.

Preah Sihanouk provincial deputy police chief in charge of serious crimes Kol Phally told The Post that the public had identified the 11 suspects on Sunday before sending them to the provincial court. He said the suspects had engaged in active snatching.

Chief of the light crimes bureau at Preah Sinahouk police headquarters Hy Sok Ly said the 11 suspects were aged between 14 and 20 years. The majority were minors.

Sok Ly said the suspects were a group of snatch thieves who often targeted travellers for their bags.

He said the police first arrested two of them in Sihanoukville’s Commune IV, when they were snatching bags belonging to an American. Based on their confessions, the police tracked down and arrested the other nine suspects.

“The members of this group work on different days. They had committed snatch theft three times recently. But there were many [other] cases which they had committed in the past. They target mostly foreigners,” Sok Ly said.

Police had found and confiscated three motorbikes, eight mobile phones including those of their victims, four handbags, some Chinese language documents, two Chinese identification cards, a small amount of drugs and two knives.
https://www.phnompenhpost.com/national/ ... ects-court
Cambodia Expats Online: Bringing you breaking news from Cambodia before you read it anywhere else!

Re: Teenage Gang of Bag Snatchers Arrested in Sihanoukville

I'm keen on there being a counter gang here in PP - one that patrols the streets and protects/educates would be victims.
Top
Post Reply Previous topicNext topic
2 posts • Page 1 of 1