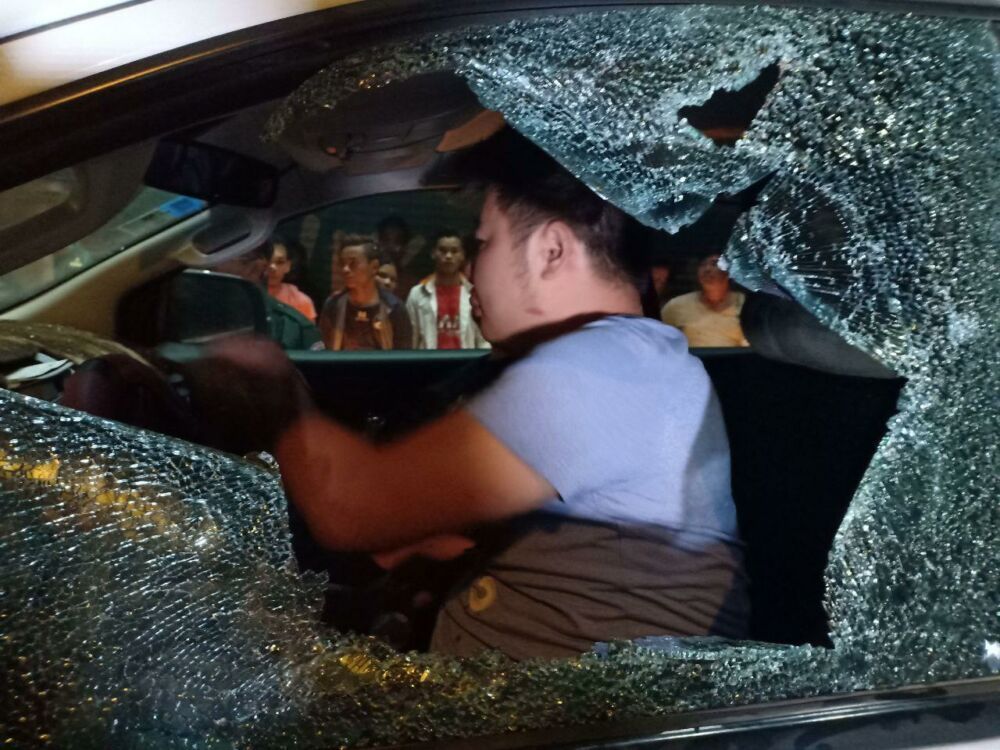 Phnom Penh, Cambodia Breaking News: A Chinese driver tried to flee the scene of an accident at 9:30 pm on January 2, 2020, along Street 182 at the point near the Depot Market in Toul Kork, Phnom Penh. 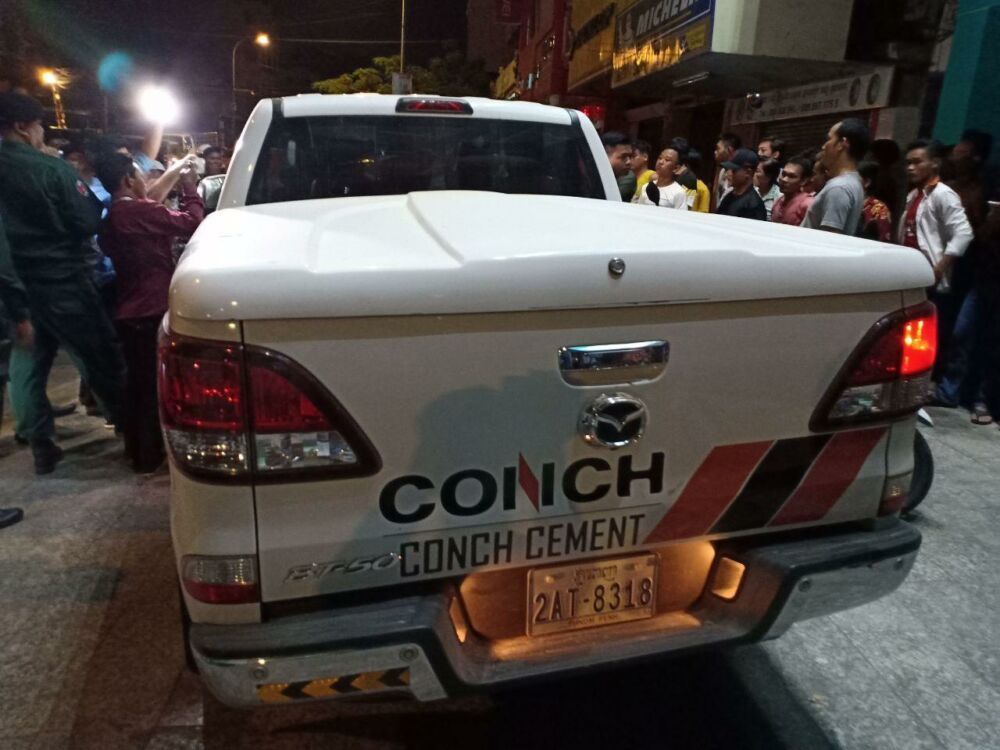 Before the incident, an unidentified Chinese man, along with three passengers, was driving a white MAZDA BT50, Phnom Penh license plate 2AT-8318 traveling westbound on Highway 142. The car hit a motorcycle before attempting to drive away, but the people in the street chased the car, which then hit another motorbike, and dragged it along the road for several meters before coming to a halt. 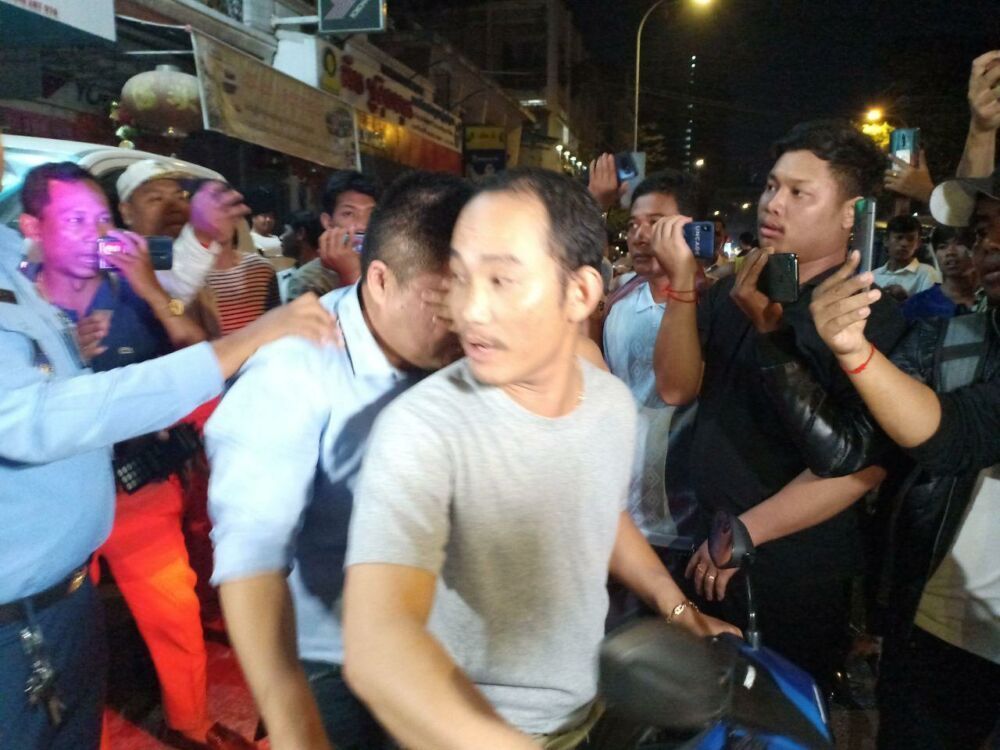 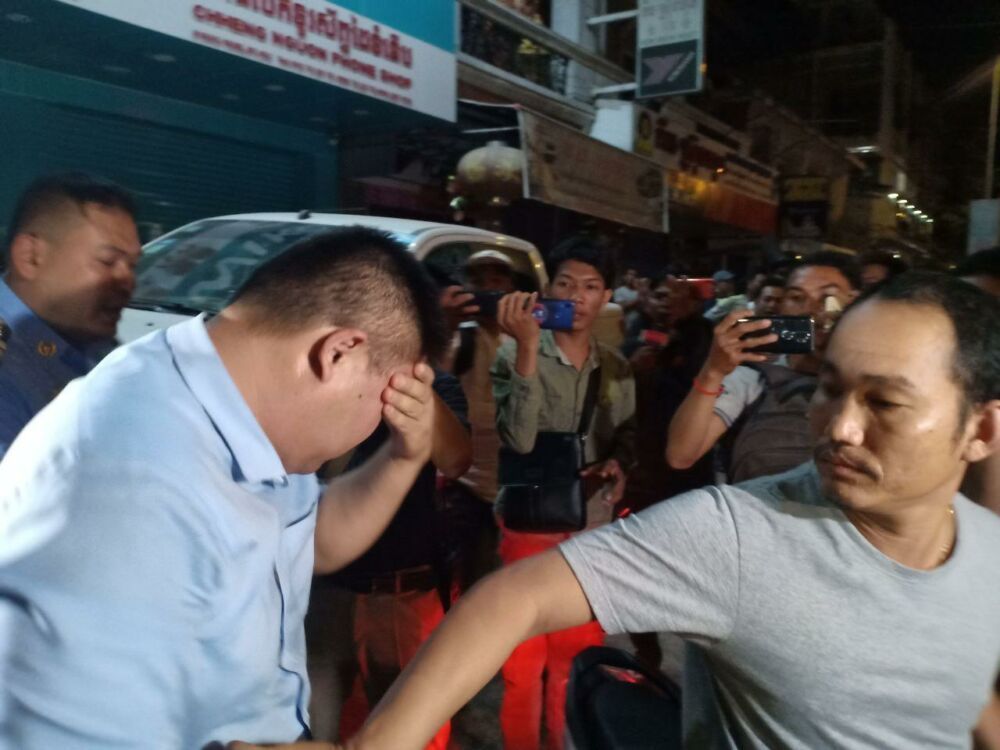 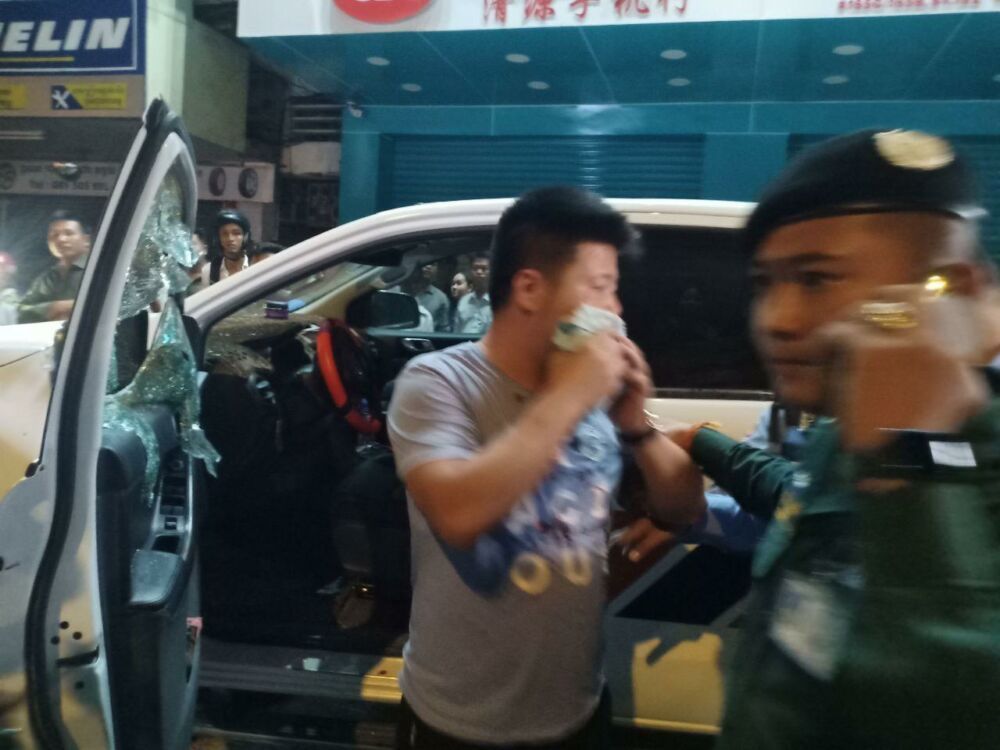 People who witnessed the hit and run were very angry with the Chinese driver, and some people threw rocks at the car before the police intervened to take the driver and the passengers away for questioning. 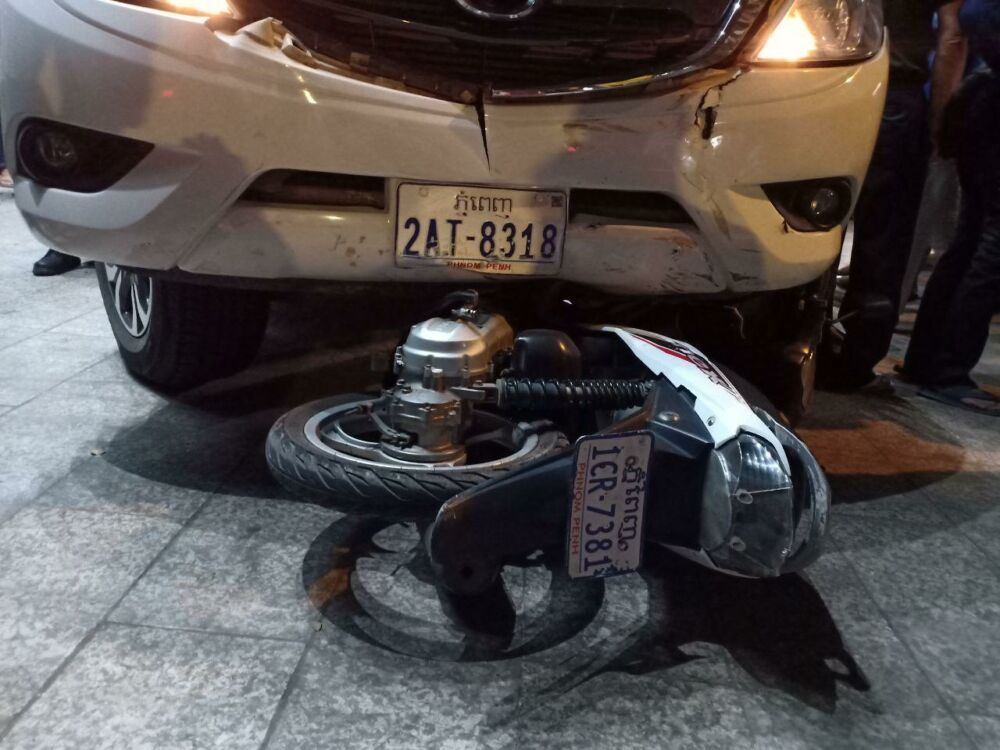 One of the motorcyclists was taken to a clinic in an ambulance, seriously hurt, while the other motorcyclist esaped with scrapes and bruises.
The police have impounded all the vehicles involved while a settlement is arranged. 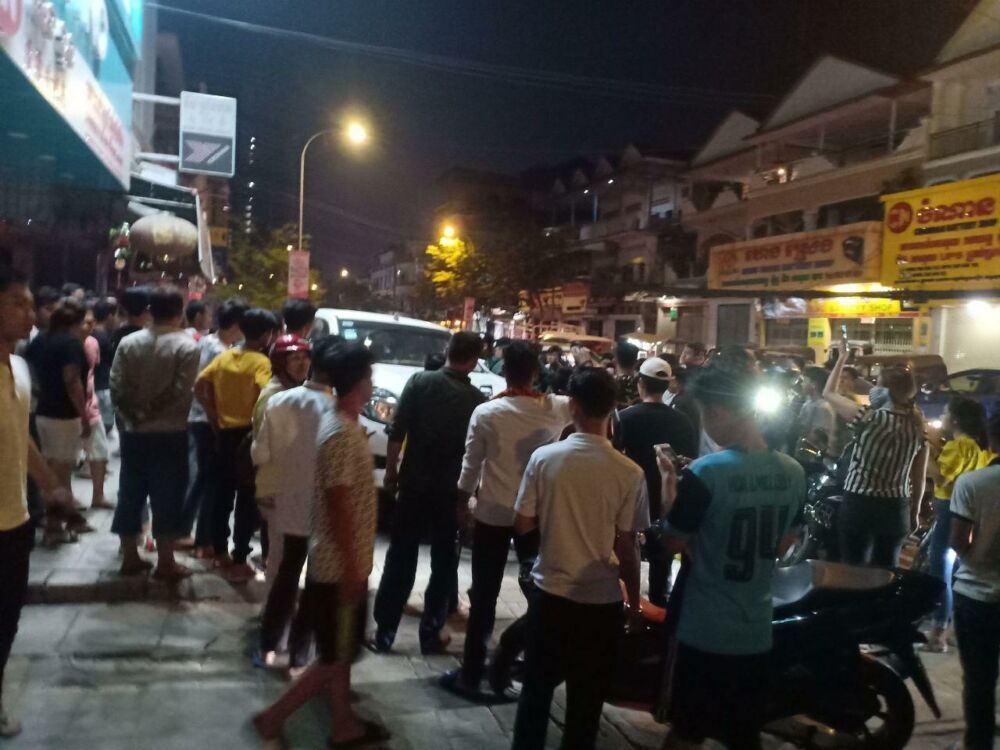