6 or 7 story building collaspes in Kep

Breaking news from Cambodia can be found here. CEO often finds Khmer news and translates it into English for our readers if it is interesting to expats, locals, Cambodians living abroad and anyone who wants to stay informed of the latest local and international news stories about Cambodia and our neighbors in South East Asia. There are many sources for Khmer news articles and they can all be found here in one place. Most of the media comes out of Phnom Penh, Siem Reap or Sihanoukville, but we cover national Cambodian news from all provinces.
Post Reply Previous topicNext topic
87 posts

I'm no engineer, but the only columns I can see in that wreckage appear to be about 18 inches/ 50 cm square? The beams on the floor above look bigger. 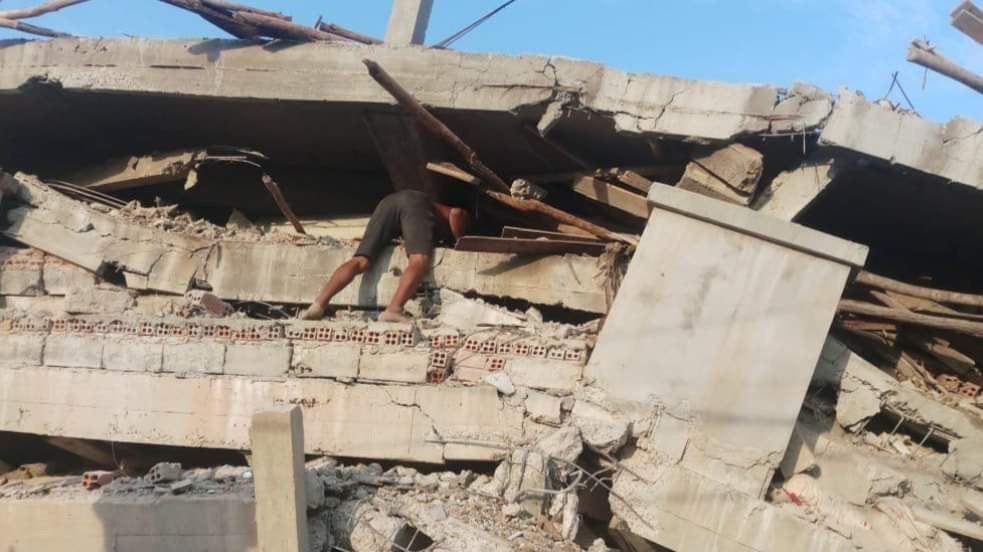 It is still not clear how many workers and their families were present on the site when it collapsed.

Two workers were found dead after they were pulled out of the debris of the collapsed building at around 7pm, said provincial deputy police chief Major General Nguon Samet.

Maj Gen Samet said two among 17 workers have died, while the rescue team is still searching for the remaining people.

Kep deputy provincial governor Ung Chhay, who is leading the operation at the incident site, said the rescue team has identified the two as construction workers, one man and one woman, aged between 20 to 30, noting that 15 other workers are now being hospitalized in critical conditions.

“The rescue operation is still ongoing. We hope to recue the remaining as soon as possible,” he said.

The seven-storey building under construction was located near Wat Samathi pagoda in Kep province collapsed at about 4:30pm.

Although authorities are yet to determine the cause of the collapse, witnesses said three dozens workers and their families were seen staying and working inside the building when the accident took place.
https://www.khmertimeskh.com/50676741/2 ... escue-team
Cambodia Expats Online: Bringing you breaking news from Cambodia before you read it anywhere else!

King Keil wrote: ↑Fri Jan 03, 2020 8:04 pm Two buildings collapse in the same country in such a short period of time. Hard to understand. Like the 737 max there must be a failure in the software.

Have you got any idea how many buildings collapes in CHina every year? Google it, never ending list.
Top

I just googled it and can't find your never-ending list. Beetween 1-3 the last years with significant less fatalities then in snooky.
Top 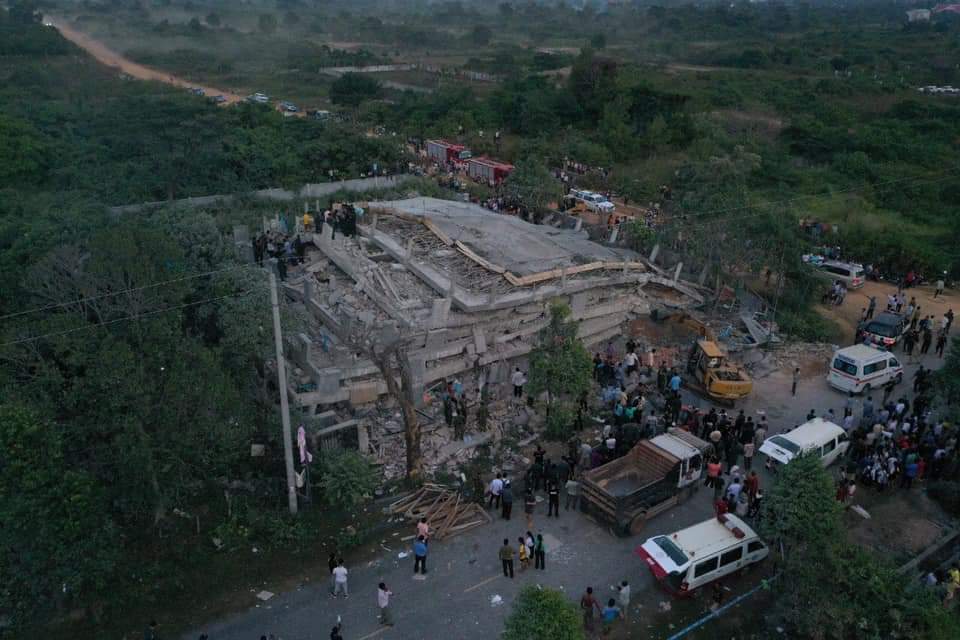 Shitty chinese rebar...shitty concrete.
Pouring the 7th floor and it pancakes.
That give you a clue..
It wasn't a fucking earthquake or climate change.
Too much construction...inspectors have to test the concrete before it is poured..watch the project.
Inspect tbe rebar and the footings before one cubic meter is poured
There was a house warming in Kampong Cham not long ago with similar design and it collapsed on some old ladies at the party.
You don't inspect after a collapse.
90% completed is a stretch.
That must mean they were putting one more floor on.
Imagine if this monstrosity had been completed and occupied?
Top

Exactly what I fear: that there are a lot of buildings in Cambodia only barely 'holding' after completion.
Disasters waiting to happen, I'm afraid.
Top

The worse part is the workers losing their life and getting injured. Crap pay and in the event something like this happens, they may sniff $20 bucks from the developers...

Greed and stupidity, hopefully they stop this from continuing. Hmmm, may rethink booking hotels that have multiple floors

Just turned on the computer and seen this, it should not happen in this day, with so much understanding and competent skills within the construction industry, and that of modern day developments. With all builds that are intended with there end result too house people or not they must be built solid from the beginning to insure that the workforce are going to be safe. It is the developers and the planning whom will keep people safe on their projects, and once the building is finished to whom ever for its prospected usage.
In this case we must hope there will be survivors found, condolences to families of the builders working on the site, they must of most find the situation unthinkable and traumatising to their loved ones and that of there selves and relations.
We may say this kind of incident should not happen in this day and age, understanding that this country is that of a newly developing one, possibly with a lack of skills in this department has the country is developing at a rapid rate. The type of incident lingering in minds, would not board well to prospected buyers of any kind of newly works of todays construction. Overall that of a developing country with the lack of skills of the todays build and workforce, should not be getting things wrong to this extent or even near, that is because they can learn from past mistakes of that of the developed world. The question is also there, if the developers are not confident in their build, or to the safety of their work crew, why are they building in the first place. It may also be fair to say or predict because of this type of incident there should be a trained, competent and skilled "body" of such from the outset, whom understands the plans and materials, submitted firstly from developers, including a outline of safe care for their workforce. Planning, and following ongoing inspections of all aspects from a authoritieve body, whom will see and keep records, and no of its materials of the "now" developing building and its workers.
Always "hope" but never "expect".
Top

From the pic on the initial post, it looks like E1 was already completed: it was painted and with ACs and windows installed, people had already moved in.
No matter how much it rains, the dirt never washes away.
Top
Post Reply Previous topicNext topic
87 posts