In another success for the boys, a suspect was caught within a day of the murder of an elderly widow.

The murder took place in Takeo, yet the suspect (a male hairdresser) was apprehended in Chroy Changva

The lady was badly mutilated and pics are on the original story.

The Gendarmes look like they are preparing to administer 'the beats' here, and undoubtedly will after the cameraman departs. 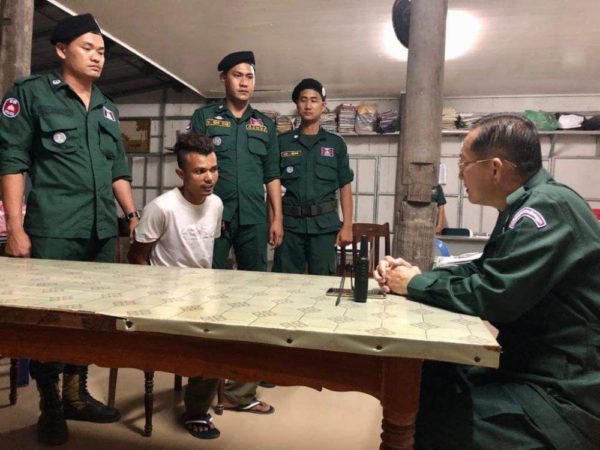 Takeo Provincial Court yesterday charged a man accused of killing a woman because she rejected his advances.

The murder took place at about 5.30am on Tuesday in the province’s Po village, located in Samraong district’s Soeng commune.

Lieutenant Colonel Keo Sarin, deputy chief of the provincial general crimes department, identified the accused as 31-year-old Sen Hakley, a barber who lived in the village.

Lt Col Sarin identified the victim as 35-year-old grocery vendor Hoeung Sokhon. She also lived in the same village as the accused.

He said Mr Hakely was arrested on Tuesday and charged with premeditated murder yesterday. If convicted, Mr Hakely could face life in prison.

Major Vong Ngeth, deputy chief of district police, said Mr Hakely was the victim’s suitor, but the victim denied him because he was a drug addict.

Maj Ngeth said she called him “a drug-addicted man” and that made him angry with her.
https://www.khmertimeskh.com/50653746/s ... rejection/
Cambodia Expats Online: Bringing you breaking news from Cambodia before you read it anywhere else!