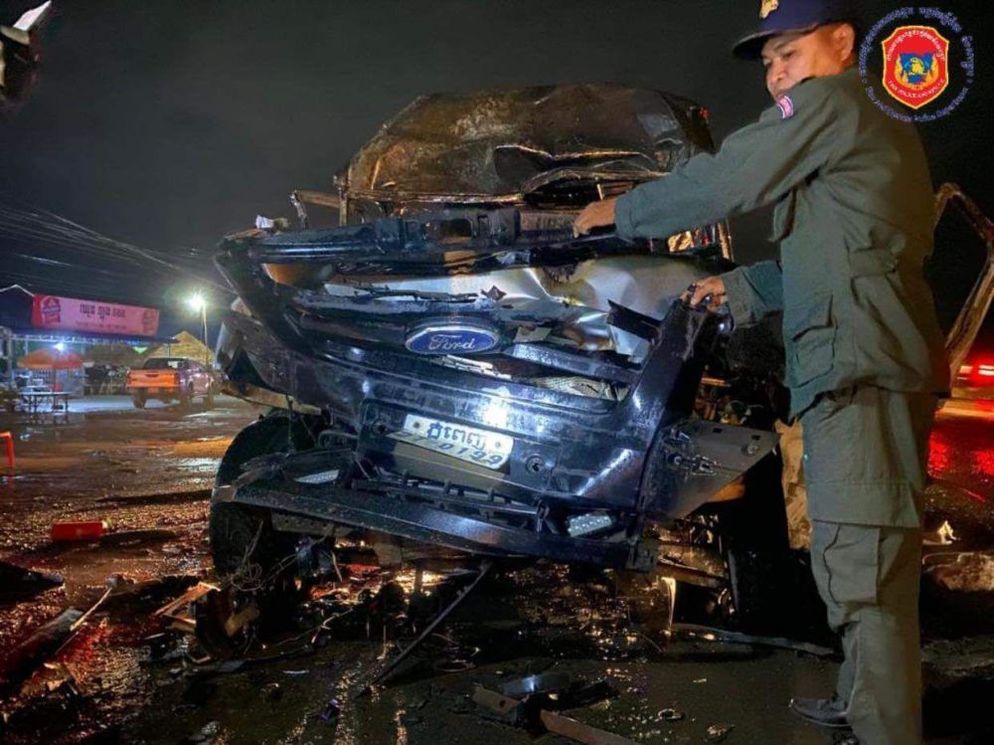 The Hyundai minivan, plate PPaT-0199,carrying a driver and six passengers, caught fire after it was hit by the truck, plate PP3D-9181. 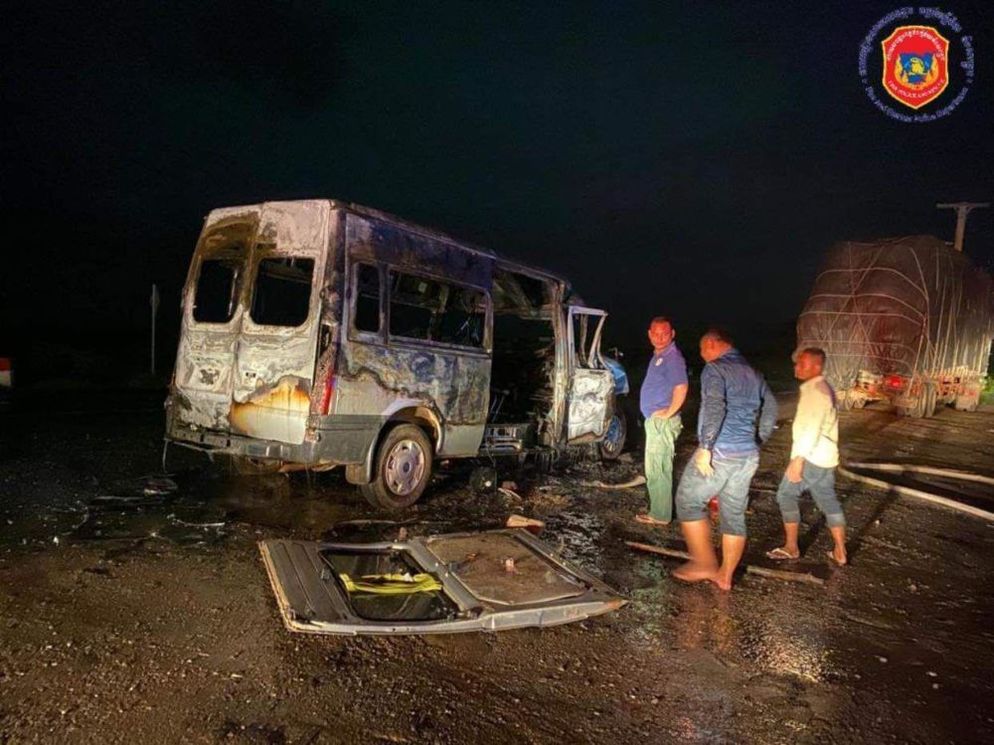 The police used two firetrucks to put out the fire. Following the legal procedure, both accident vehicles were taken to the police station. 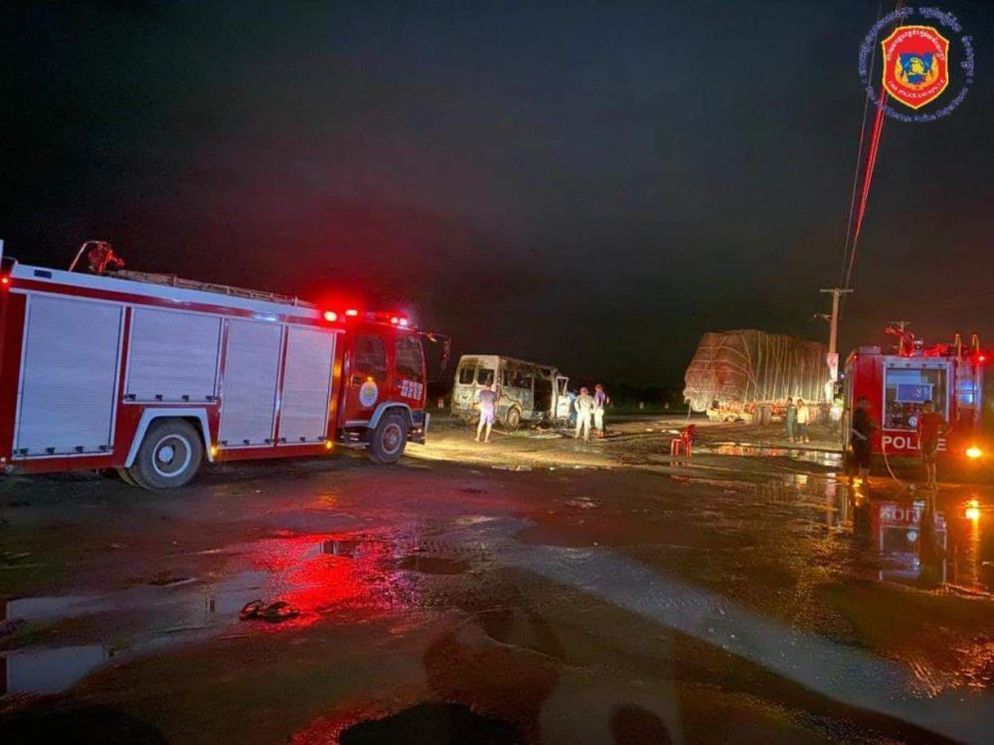 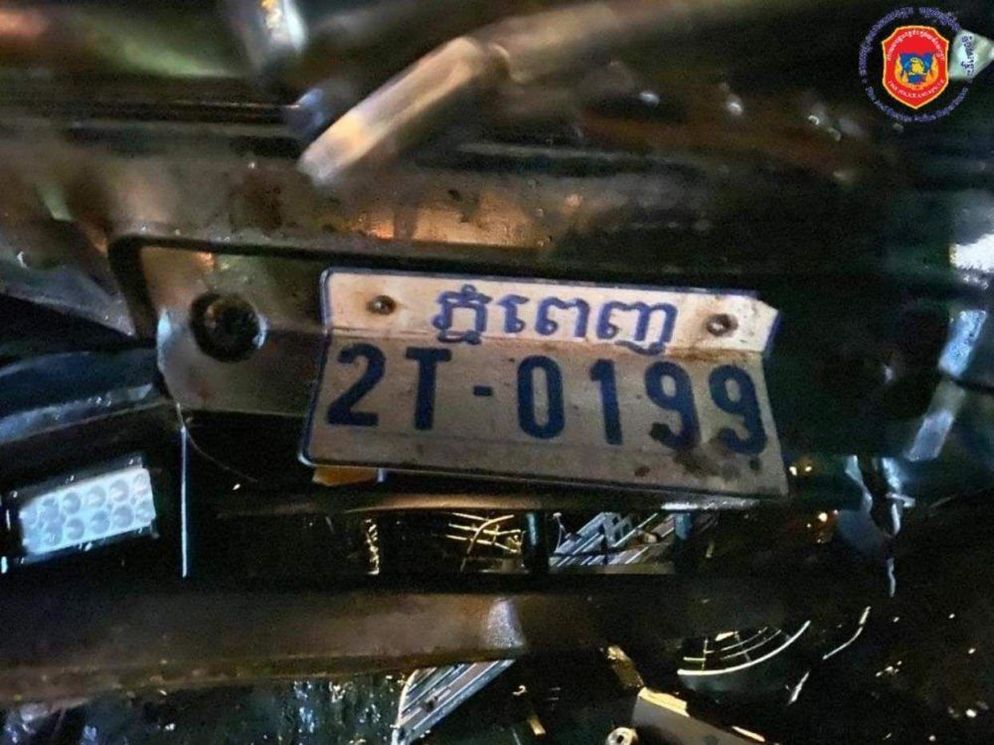 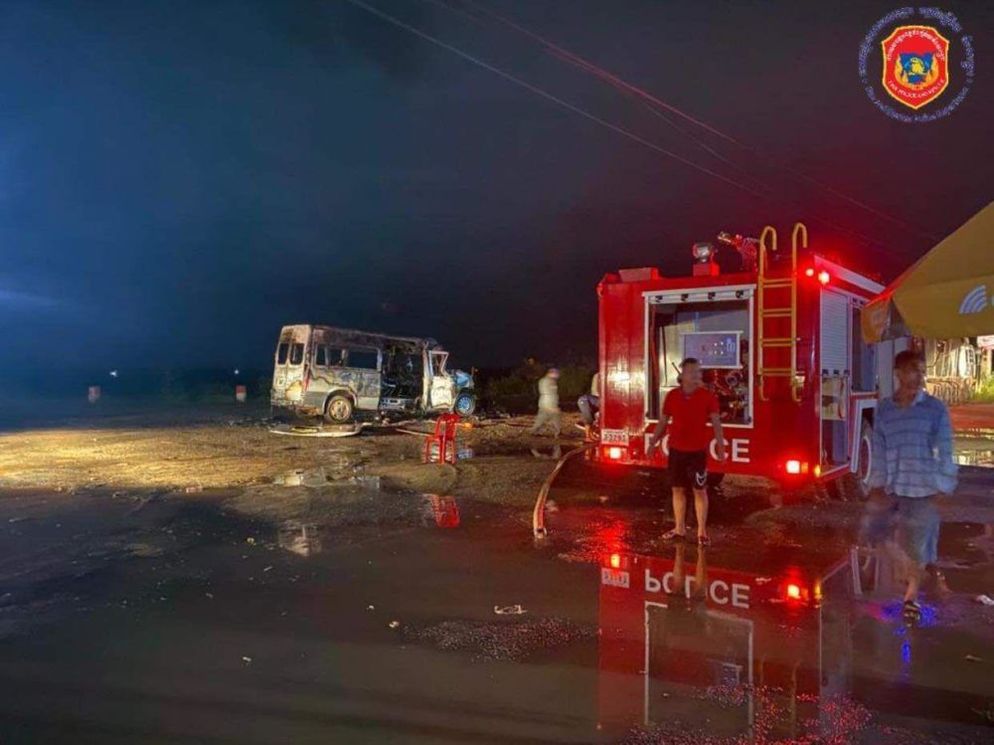 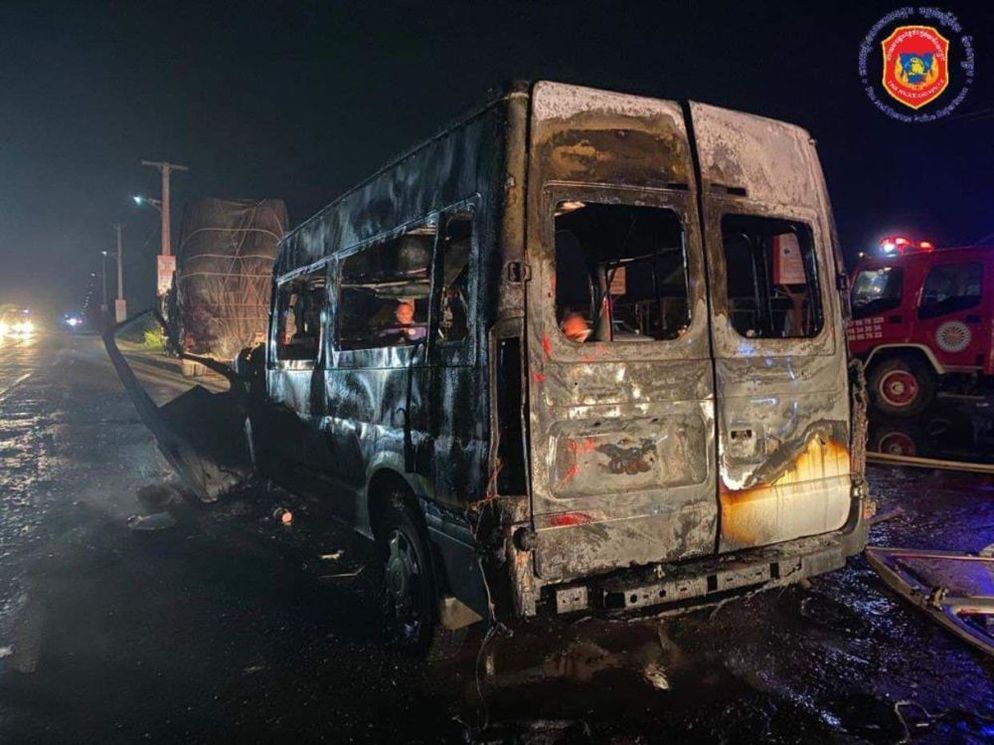 Update and correction: The latest information says that the minivan hit the truck from behind, when it was parked on the roadside of busy National road 4 between Phnom Penh and Sihanoukville. It seems that the truck driver did a runner, even though he was not at fault.

October 18, 2019
Seven cheat death after van accident
Seven people in a van on Wednesday narrowly escaped with their lives after being rescued before the vehicle burst into flames following an accident in Kampong Speu province’s Samraong Torng district.

Lieutenant Colonel Khuth Sophal, district police chief, yesterday said all seven, including the driver, were injured when the van hit the back of a truck parked on the side of a stretch of National Road 4.

“At about 11.55am on Wednesday, a van with seven people was travelling from Phnom Penh to Preah Sihanouk province when it hit the back of a truck which was parked on the side of the road,” he said.

Lt Col Sophal noted that all seven were injured and three, including the driver, had to be taken to the referral hospital because they were seriously hurt.
He added that the truck driver was not at the scene and police are investigating the accident.
https://www.khmertimeskh.com/50652051/b ... attambang/
Cambodia Expats Online: Bringing you breaking news from Cambodia before you read it anywhere else!