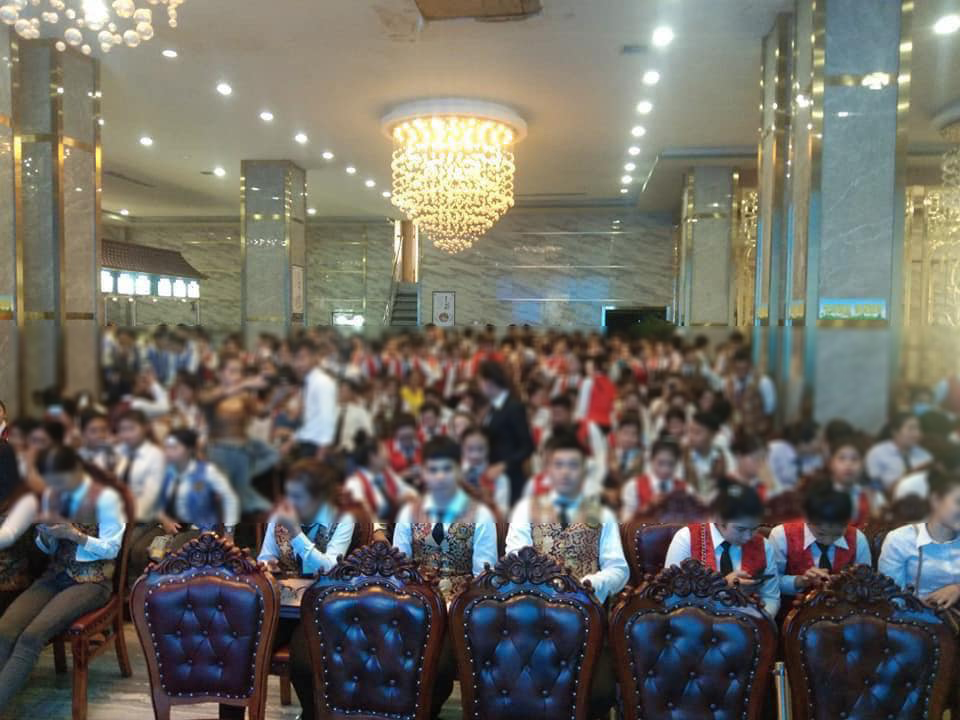 Sihanoukville, Cambodia News: The Sihanoukville Department of Labor and Vocational Training said on 26 December 2019, that following the announcement of the Cambodian government to close all online gambling operations in the country, 7,700 Cambodian casino workers have lost their jobs in the coastal city.

Yuv Khemara confirmed that four casinos have closed, some have closed temporarily, and 23 others have laid off staff. In 2019, the Sihanouk Provincial Department of Labor and Vocational Training has received complaints of both collective and individual labor disputes. Many of them are labor disputes over casinos closing down where workers have not been paid.
Cambodia Expats Online: Bringing you breaking news from Cambodia before you read it anywhere else!

Sihanoukville, Cambodia News: At least 1,000 employees from White Sand Casino in Ochheutal Sihanoukville were protesting last night at 9 pm on January 2, 2020, over issues of unpaid wages.

How many Chinese casino-hotel businesses will close up without paying their Khmer and Chinese staff remains to be seen, but a number of the owners or managers have reportedly already left town, leaving wages unpaid. This is bad news for Sihanoukville local workers, but also for Chinese workers stuck in Cambodia with no job and no money.
Cambodia Expats Online: Bringing you breaking news from Cambodia before you read it anywhere else!

Sihanoukville, Preah Sihanouk Province – The negotiation between laid-off casino workers and their former employer over missing wages and benefits has stalled after the company began vacating its premises, prompting the workers to renew protest calls.

A total of 277 former employees of Chinese-owned casino Changcheng in Buon commune are demanding their missing wages and seniority benefits after the company ceased operations earlier this week.

According to the company, the casino ceased operations due to coronavirus fears, but the laid-off workers claimed the business owner could no longer pay wages due to lost revenues following the recent ban on online and arcade gambling.

Both sides earlier this week entered negotiation over last month’s missing wages and benefits, but a former employee who gave his name as Ly said his colleagues will protest again because the company began removing furniture, equipment and electronics from the casino building earlier this week.

“Based on the contract, the company needed to pay employees on the 5th of every month but they ceased operations February 4, leaving people unemployed,” he said. “The situation looks as if the company does not care about paying our wages.”

Men Sreyma, a former casino card dealer, yesterday said the company is using coronavirus fears as an excuse to buy time while it vacates its premises.

Ms Sreyma said the company had been downsizing since the ban on online and arcade gambling came into effect on January 1.

Representatives of Changcheng could not be reached for comment yesterday.

The provincial labour department reported that since the ban took effect, 56 out of 75 casinos in Preah Sihanouk had ceased operations.

“We are working to solve this,” Mr Vanna said. “We are holding on to the passport of Chen Congle, the casino’s chief accountant, to reassure the former employees.”

He said that it is not clear whether the company had suspended or ceased operations, adding the company’s Chinese managers are still in the Kingdom.

Mr Vanna said the casino’s owner said the 277 former employees will be paid next week and the payment delay is because a bank in China suspended operations.

“They said the bank in China has not been working due to the coronavirus,” he said. “The owner was not able to transfer money from China.”
https://www.khmertimeskh.com/50688099/s ... sing-wages
Cambodia Expats Online: Bringing you breaking news from Cambodia before you read it anywhere else!

Casino staffer Srey Mab said their February wages, which were supposed to be paid on the 10th of the month, remain to be settled.

“Since January, the payment of our wages had not been regular. This month, the company promised to pay our delayed wages but it’s already March 22, and we have yet to receive our salary,” said Ms Mab.

She said despite their fear of contracting the coronavirus, which has infected many in the Kingdom, the need for money forces them to report for work.

“We are afraid of the COVID-19 but we come to work as we need our wages to support the daily living of our families,” said Ms Mab.

Another worker who requested anonymity said the workers understand the financial blows the casino has incurred due to the outbreak.

“With a decline in the number of guests the casino has been receiving, the company had to make some wage cuts. We understood that and still came to work. However, they failed to pay us regularly,” said the worker as she appealed for the intervention of the provincial labour department.
https://www.khmertimeskh.com/50704577/c ... aid-wages/
Cambodia Expats Online: Bringing you breaking news from Cambodia before you read it anywhere else! 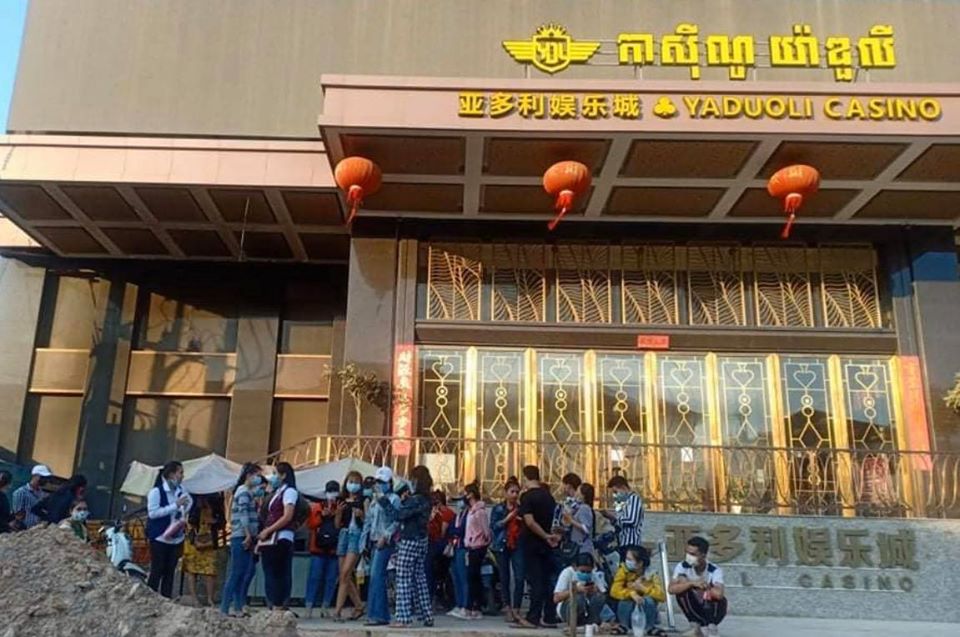 Cambodia News, Sihanoukville - Casino staff from Yaduoli Casino in Preah Sihanouk province protested on 31.03.2020 and sought the intervention of the relevant authorities to help resolve their claims of unpaid wages. 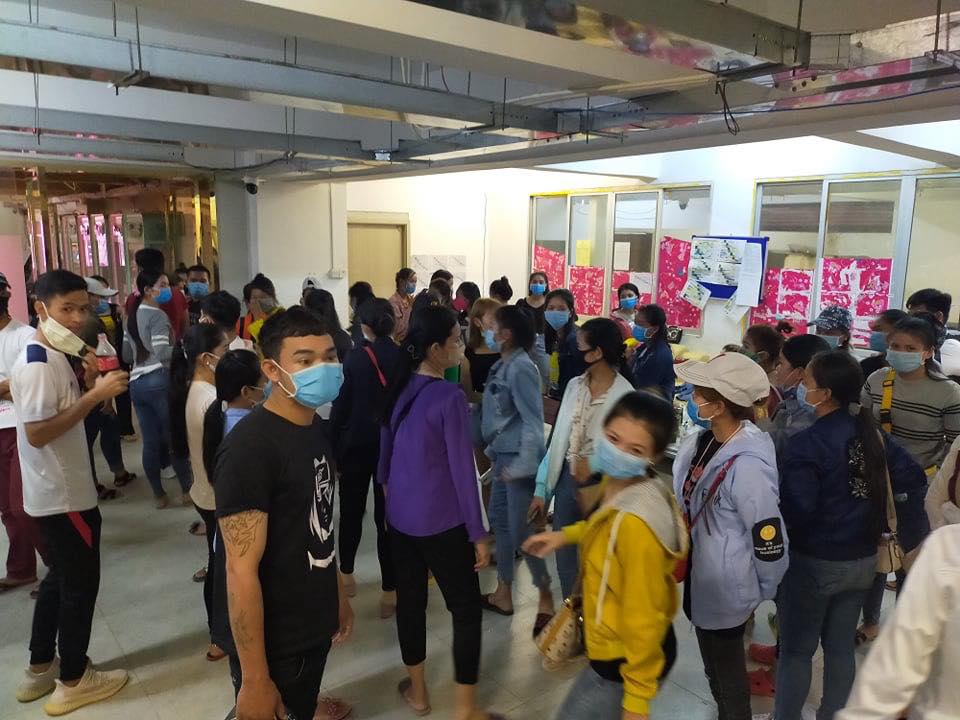 According to staff, the casino has shut up shop without paying the workers. As of the evening of 31 March, no agreement had been reached for the casino owners to pay the staff their due wages, and the laid-off workers continue to protest and request an intervention by the authorities.
Cambodia Expats Online: Bringing you breaking news from Cambodia before you read it anywhere else!

Casino only temporary closed while they install the GOLD toilets
I'm standing up, so I must be straight
What's a poor man do when the blues keep following him around.(Smoking Dynamite)
Top
Post Reply Previous topicNext topic
16 posts