Breaking news from Cambodia can be found here. CEO often finds Khmer news and translates it into English for our readers if it is interesting to expats, locals, Cambodians living abroad and anyone who wants to stay informed of the latest local and international news stories about Cambodia and our neighbors in South East Asia. There are many sources for Khmer news articles and they can all be found here in one place. Most of the media comes out of Phnom Penh, Siem Reap or Sihanoukville, but we cover national Cambodian news from all provinces.
Post Reply Previous topicNext topic
151 posts

Re: Search On for Missing Woman AMELIA BAMBRIDGE on Koh Rong, Cambodia (RIP)

The title from the DM article here is misleading; for the moment, the information is simply that Cambodian police "could" reopen an investigation.

Was 'drowned' backpacker raped and murdered? Police reopen investigation into death of Amelia Bambridge whose body was found floating in the sea off Cambodia after date rape drug is found in her system

Amelia, from Sussex, went missing while backpacking in Asia in October 2019
Her body was found in sea a week later and authorities ruled she had drowned
After having her remains shipped home, family requested toxicology reports
Tests showed 21-year-old had GHB, ecstasy and hallucinogen MDA in her system
Mother Linda Schultes requested Cambodian authorities reopen investigation

By Tom Pyman For Mailonline
Published: 16:26 GMT, 8 January 2021 | Updated: 09:59 GMT, 9 January 2021
Cambodian police could reopen the case of British backpacker Amelia Bambridge after tests showed the date rape drug GHB was in her system when she died.

Amelia 21, from Sussex, was found floating at sea in October 2019 and an inquest later determined her cause of death as 'accidental drowning'. 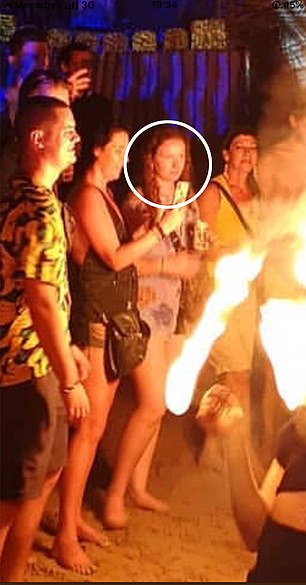 But a bombshell toxicology report made public last month found traces of the drug in her system when she drowned in the sea off Cambodia, sparking fears her drinks were spiked.

If the British Government formally requests a review, officers in the Asian country say they will revisit the tragic case.
Cambodian police could reopen the case of British backpacker Amelia Bambridge (pictured) after tests showed the date rape drug

MDMA - commonly known as ecstasy - and the hallucinogenic drug MDA were also found in her body but Amelia's mother Linda Schultes, 53, says she would never have taken these willingly.

Instead, Linda believes her daughter was 'spiked' while partying on Police Beach on the Cambodian island of Koh Rong and passed out before she was swept out to sea.

The mother suspects there has been a 'cover up' and believes the culprit who allegedly spiked Amelia is still at large, accusing local cops of bungling the original probe.
https://www.dailymail.co.uk/news/articl ... ridge.html
Cambodia Expats Online: Bringing you breaking news from Cambodia before you read it anywhere else!